Corned Beef And Cabbage Is So Jewish — On St. Patrick’s Or Any Day 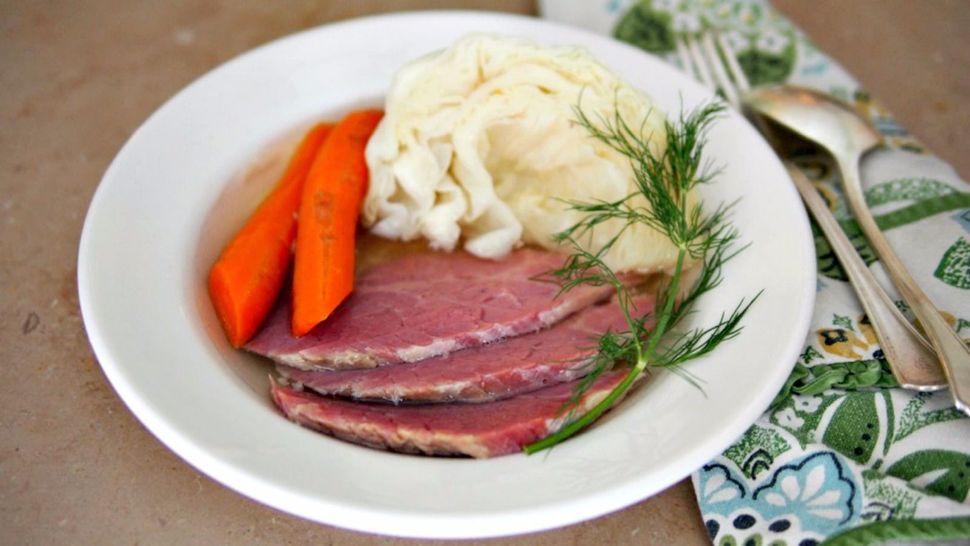 I’ve been pondering corned beef this week as St. Patrick’s Day approaches, wondering how two groups — Irish Americans and Ashkenazi Jews — who seemingly have so little cultural crossover could seamlessly come together over a dish comprised of stewed meat, cabbage, carrots, dill and mustard.

This week, the day of the storm, I made corned beef and cabbage in my slow cooker. (While most people were anxiously scanning supermarket shelves the night before for staples like milk and bread, I was laser focused on procuring the brined meat and vegetables for this timely — and timeless — Jewish-Irish hybrid.)

As a Jewish kid in New York, I grew up eating corned beef on rye from delis such as P.J. Bernstein’s, Katz’s, Carnegie and Stage. The first time I tasted corned beef and cabbage, it seemed so familiar, it didn’t occur to me that it wasn’t part of the Ashkenazi culinary cannon.

Of course I’m not the only one to have noticed the connection. According to an article in Smithsonian magazine by Shaylyn Esposito, Irish immigrants to the U.S. in the mid 19th century, most of whom first settled in New York City, often bought their meat from kosher butchers.

“The Irish may have been drawn to settling near Jewish neighborhoods and shopping at Jewish butchers because their cultures had many parallels,” Esposito wrote. “Both groups were scattered across the globe to escape oppression, had a sacred lost homeland, were discriminated against in the U.S. and had a love for the arts. It is not a coincidence that James Joyce made the main character of his masterpiece Ulysses, Leopold Bloom, a man born to Jewish and Irish parents.”

Jewish immigrants from Central and Eastern Europe were making corned beef from brisket.

“And what we think of today as Irish corned beef is actually Jewish corned beef thrown into a pot with cabbage and potatoes,” Esposito concluded. (What was called corned beef in Ireland was mainly a tinned product of salted beef, which was rarely eaten by the Irish but exported to Britain and America.)

Corned beef and cabbage is utterly easy to make. Mine came out tasting exactly as it was supposed to, savory, salty, vegetal — and smelling just like my grandmother’s kitchen.

Corned Beef And Cabbage Is So Jewish — On St. Patrick’s Or Any Day