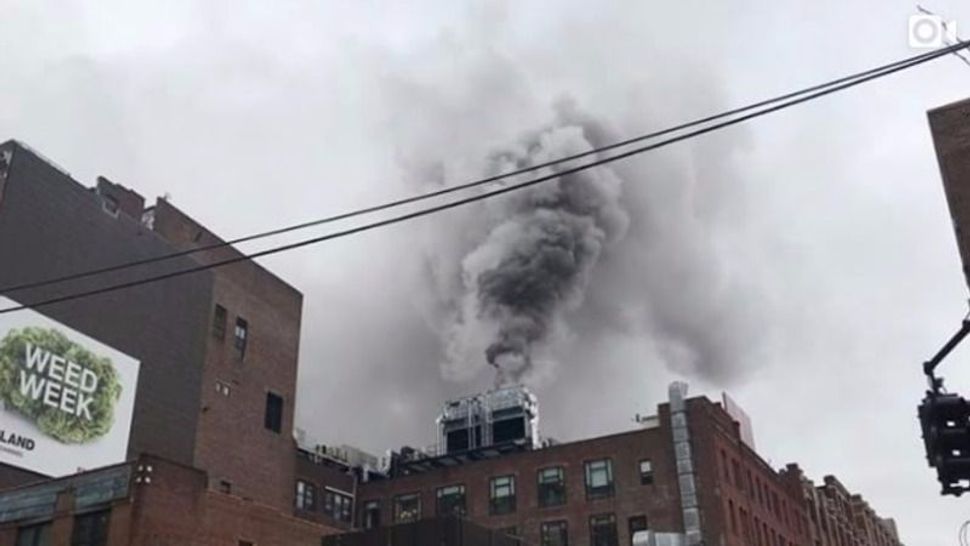 The New York City Fire Department has given the all clear for people to re-enter Chelsea Market after it battled a fire that broke out in a cooling tower on the roof of the building on 9th Avenue between 15th and 16th Streets.

The building was safely evacuated, according to the Manhattan borough commander, Deputy Assistant Chief Michael Gala, who was speaking to reporters at the scene. One person was taken to the hospital in an ambulance after suffering from smoke inhalation.

The fire broke out within a cooling tower on the roof, which was in the process of being serviced.

An instagram video captures the blaze, which was reported to the fire department at approximately 12:15 Tuesday.

Our pitch was so ?it caught the building on fire. ?