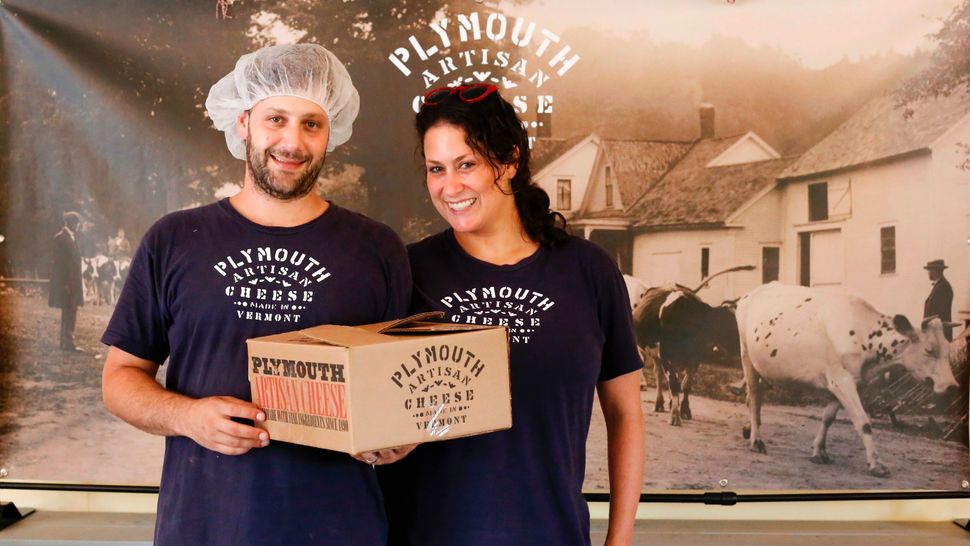 When Sarit Werner said “I do,” it wasn’t just about a lifetime commitment to the man she loved. It meant leaving behind a life in New York City and the world of high fashion.

“What were the chances of me meeting the one Jewish cheese maker from Vermont?” she said. But “Jesse was so cool.” And, the historic 1890 cheese factory Jesse Werner was reviving beckoned. 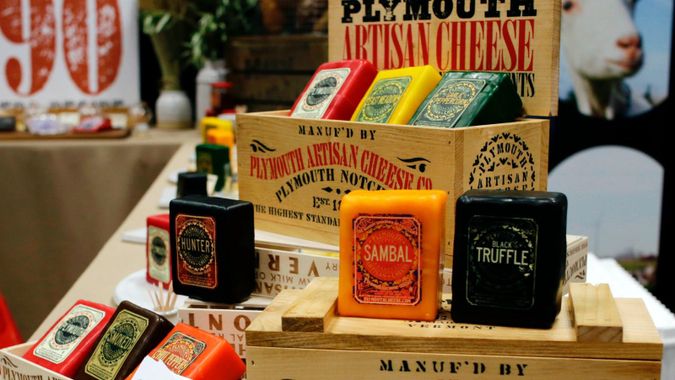 Jesse discovered cheese-making after graduating from Brandeis and earning an MBA in Prague. He studied and apprenticed in Vermont and France, and did a stint at Murray’s cheese-making boot camp in New York City. But his goal was to come back to Vermont.

In 2009, Vermont officials called for cheese-makers to revive the original cheese-processing space at Coolidge’s farm. Jesse rented the space, installed new equipment and started with the original Old English recipe that Coolidge’s father used, a raw-milk granular curd cheese. It is one of the oldest types of cheddars, made by continuously stirring the curd.

Sarit is no ordinary balaboosta of cheese-making. In addition to marketing and sales, she designed the packaging, labels, typeface and signage that captures consumer attention in a crowd of cheese options. Cheese lovers and designers took notice.

Max McCalman, widely considered America’s foremost cheese expert and artisan cheese advocate, said, “Looks count. The more attractive the packaging, the more likely the customer will take a chance…but ultimately of course what makes a person come back to it is not the packaging, but the cheese.” 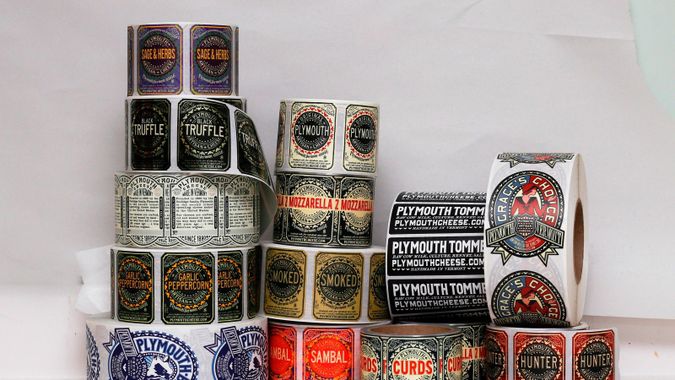 Marianne Klimchuk, chair of packaging design at Fashion Institute of Technology, said, “It’s a rare designer who can cross between multiple industries.” Klimchuk observes that Sarit “clearly has the creativity gene” and is someone “with a keen and sensitive eye for detail that sees beyond design categories, so it’s not only about packaging, fashion or product design.”

Sarit now runs her own design company, Empress Branding. Her design skills are in demand by local Vermont entrepreneurs.

The Werner line, all variations of the original Plymouth recipe, now includes 13 cheeses: nine waxed-block varieties (the newest are Sambal and Black Truffle) and four cave-aged wheels (two blues, a washed rind called Grace’s Choice and a Tomme de Savoie-style called Plymouth Tomme). They get their raw milk from a herd just 30 miles away. 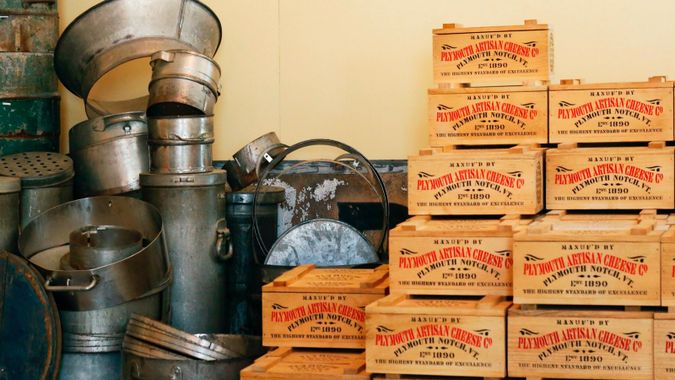 Cheese experts say the Werners have helped bring waxed cheeses back into vogue. Four years ago the Cheese Reporter detailed how their cheese started showing up in small, epicurean shops on the East Coast. The packaging played a large role. Jesse wanted to create a product that was easily accessible for folks shopping in stores lacking a cut-and-wrap cheese counter — there is no cut and wrap in most Vermont country stores.

“There’s been this perception that anything under wax is not de rigueur,” said McCalman. “But there are waxed cheeses that are stunning and award winning.”

More boutique cheese shops throughout the country now carry Plymouth Artisan Cheese. It’s all led to numerous industry awards and press mentions including one in Oprah magazine as a top gift idea.

On a recent trip to Israel, they visited cheese-making operations like Jacob’s Dairy in Kfar Haroe and were taken with the variety of feta and white cheeses, which has them thinking about adding a Middle Eastern component to their product line. Goat and sheep milk is easy to source in Vermont these days. 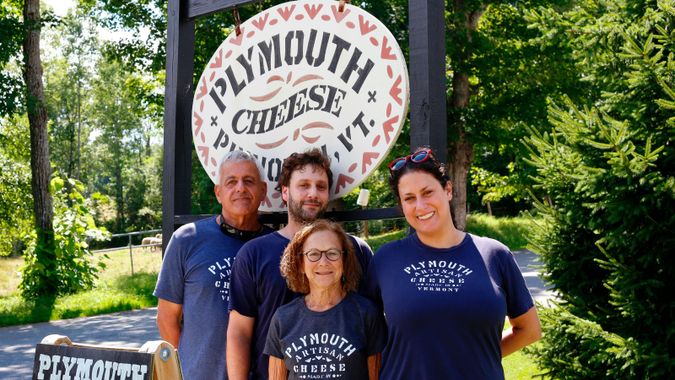 Sarit and Jesse live in nearby Woodstock (population 3,000), historically preserved with white picket fences and with a small family-oriented synagogue. They get regular deliveries of smoked fish and bagels from Montreal, near where Jesse’s parents live, and hold occasional Shabbat meals for friends and family.

The legacy of a “silent” Republican president — Silent Cal was sworn in on the porch of his dad’s modest farmhouse — these days is something of a bracha.