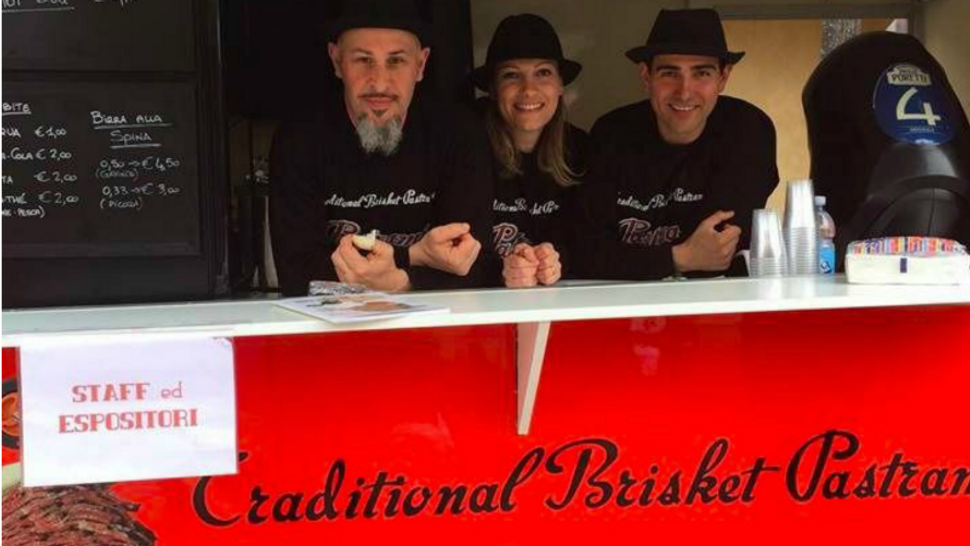 Gianluca Tonelli, the putative pastrami king of Tuscany, has the blues.

Despite his passion, despite the klezmer blaring from his food truck, and despite the adorable porkpie hat on his head, he can’t seem to get his fellow Italians to eat the meat. As the New York Times reported, even as other street foods have colonized Italian street corners, the pastrami sandwich continues to play second fiddle to Italian meaty delicacies.

Even Tonelli’s son Gregorio needs his prosciutto fix, to the chagrin of the boy’s grandmother: “You should be eating a beautiful pastrami sandwich,” she tells him.

Tonelli had his pastrami epiphany at Katz’s Delicatessen in New York nearly 20 years ago. As his wife says, “Pastrami has always stayed in his heart.”

Tonelli makes his living as a veterinarian, but he enjoys brining, seasoning, and slowly — very slowly — cooking his rich, red slabs of pastrami. And, of course, serving them to willing customers.

“I like it a lot,” one happy customer said said. “It could find a niche here. But not more — I mean, we have la porchetta.”