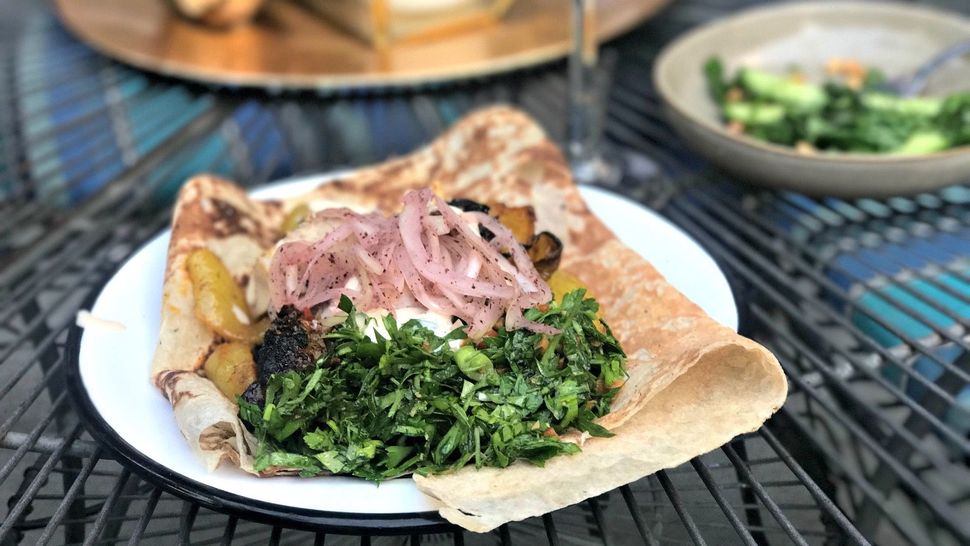 The big day came and went, leaving a trail of about 100,000 photos on Facebook, and memories of the most spectacular wedding I can remember. The evening was filled with so much love; the food would almost seem secondary — except that the bride was culinary Countess Adeena Sussman, and the food was therefore utterly extraordinary. 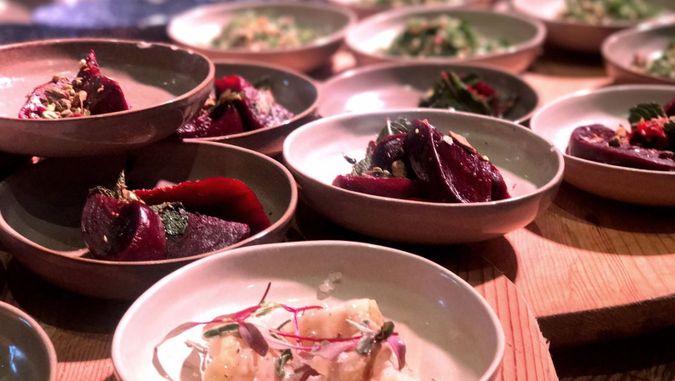 My images don’t capture the beauty or range of what was on offer. Held at Ben Avigdor Events in Tel Aviv, the wedding was catered by the estimable Israeli chef Erez Komarovsky, who created a lavish and utterly delicious kosher dream dinner that began with a variety of stations set up within the modern-industrial space (which was made warm and romantic with wooden tables covered in scads of fairy-tale-beautiful flower arrangements). 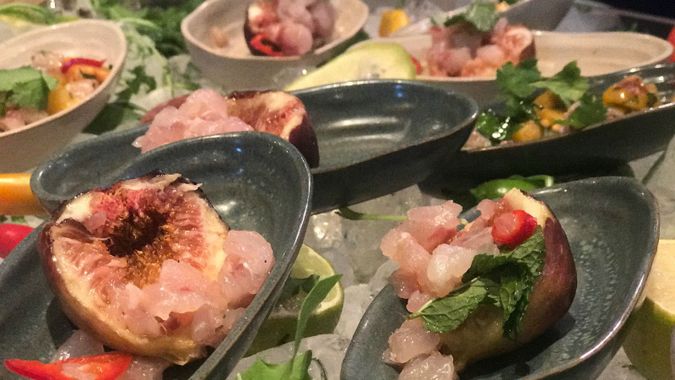 At one station there was a variety of brightly colored and flavored vegetable dishes; another had jewel-toned fruits such as figs draped with fresh raw fish; at a long table, slow-roasted chicken and pickled onions were being served atop thin, square handkerchief-like pieces of lavash bread. At the other end of the table, flatbread pizzas were being garnished, sliced and served fresh from the oven. The one with crumbled lamb, which was drizzled with tahini and scattered with toasted pine nuts was just about the best thing I’ve ever tasted. 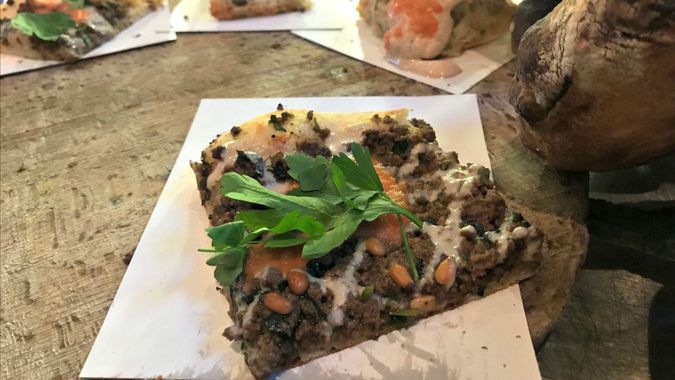 By the time the main courses were served, I thought I couldn’t eat another bite; but I was wrong. There as no way to pass up a plate of braised lamb with mujadara, a classic rice-and-lentil dish. (There was also a gorgeous-looking pappardelle pasta and a beautiful fish dish, but there was just no way.)

Later, an array of delicious desserts included huge blocks of halva, and after hours of nonstop dancing, a big cart was wheeled out with a late-night snack: fresh pita, halved hard-cooked eggs, fried eggplant and bowls of vegetable garnishes — the fixings for sabich, the Iraqi-Israeli sandwich.

I went to bed last night (this morning, really) thinking that I might never need to eat again; then woke up today and had three square meals, the last being dinner on the beach hosted by the bride and groom, the last of the wedding festivities.

Tomorrow we leave Tel Aviv and head to the Dead Sea. I hear there’s an incredible Israeli breakfast at the place we’re staying, so stay tuned.