Is This Meme On Kashrut Symbols Funny? Forward Editors Weigh In 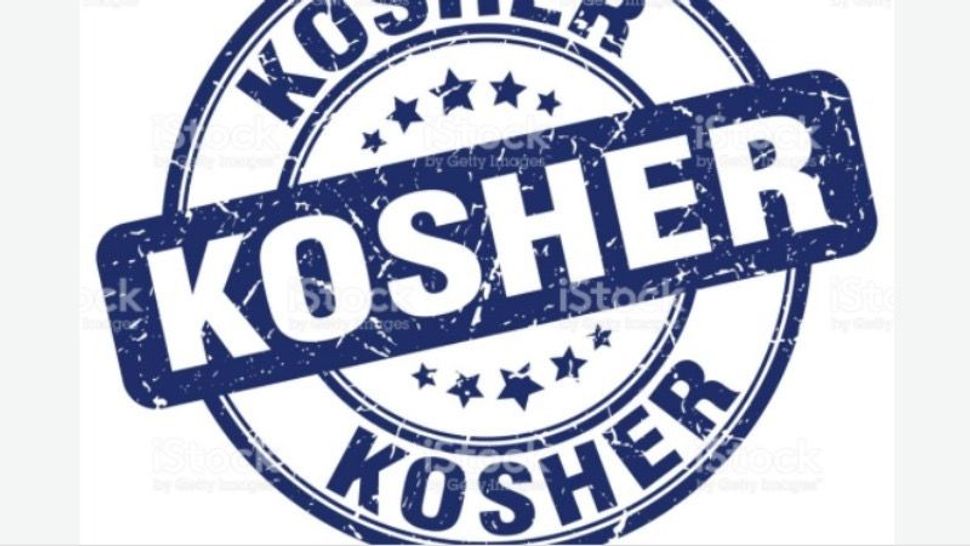 Someone who shall remain nameless sent this meme to me today.

I don’t know where it’s from or who made it [update: I was just informed that this meme originated from a Modern Orthodox meme Facebook page called “Torah U’Memeda”], but it states that one should “take some time to learn different kosher symbols before you Jew-shame someone.” It then lists three symbols: the widely known “OU” symbol and two others — one denoting copyright protection; the other denoting registered trademark protection. Noting the “C” and the “R” within circles, the meme refers to the former as for Conservative Jews; the other for Reform. 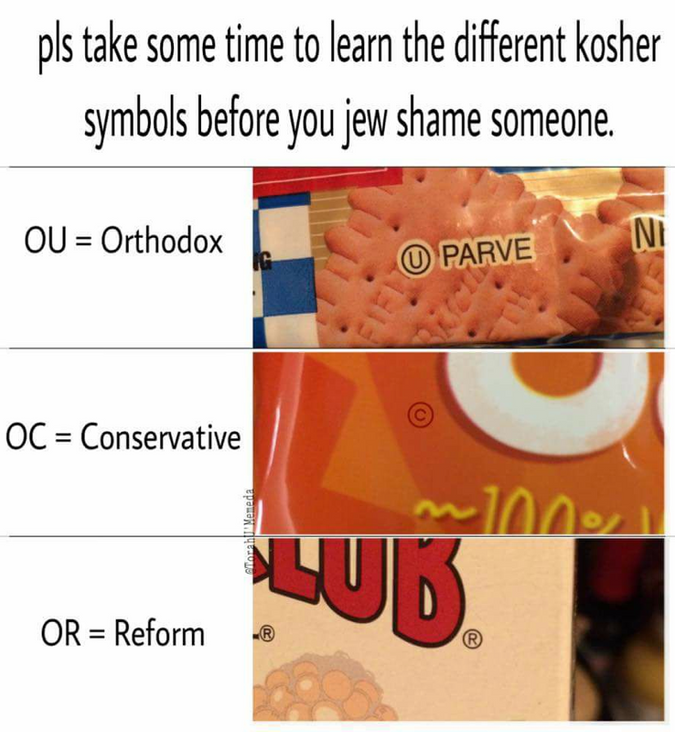 Is this meme funny?

To me, it seemed vaguely funny, if in a kind of superficial way. It seems to be making fun of the lack of religious observance by non-Orthodox groups, but it isn’t entirely clear. Either way, I wondered, what’s the point of a meme if it’s not shared? So, curious about their interpretations, I dutifully shared the meme with my colleagues here at The Forward.

This is what they had to say:.

Laura (Contributing Network Editor): I laughed out loud. I think this is supposed to be satirical — kosher consumers know that only the u in a circle is an actual kashrut symbol — I think the joke is that reform and conservative Jews generally don’t care about keeping kosher or aren’t as informed.

Talya (Culture Fellow): So, I’m pretty unfamiliar with conversations about Kosher-ness, but my reaction is that this is fairly insulting to Conservative and Reform Jews, right? It’s sort of (in my uninformed interpretation) equating being a less-observant Jew with being a materialistic, aggressively American stooge (I think). It’s also sort of insulting to the concept of what it is to be Kosher, because treating it as a litmus test for Jewishness is dismissive of vast swathes of contemporary Judaism, the cultural and religious richness of which isn’t measurable strictly by degree of adherence to the rules of Kashrut.

Erica (News Intern): I didn’t know there was a difference! I always just looked for the U — and the R looks dangerously similar to the trademark logo

Jeff (Social Media Editor): What about ™? I don’t know. It’s clever, but I’m not sure what the punchline is. Is it making fun of Reform and Conservative Jews? Is it just a pun? Am I supposed to laugh?

Aiden (Swing Editor): Meh. I don’t think it’s funny, sorry. It also doesn’t even make sense on its own terms. If OC is Conservative and OR is Reform, than Orthodox should be OO, not OU. It’s also unclear who the joke is on…is it funnily trying to justify non-kashrut observance by Conservative and Reform, or is it making fun of their supposed non-observance and ignorance? It’s a half-baked joke. It needed more time in the oven.

Is This Meme On Kashrut Symbols Funny? Forward Editors Weigh In