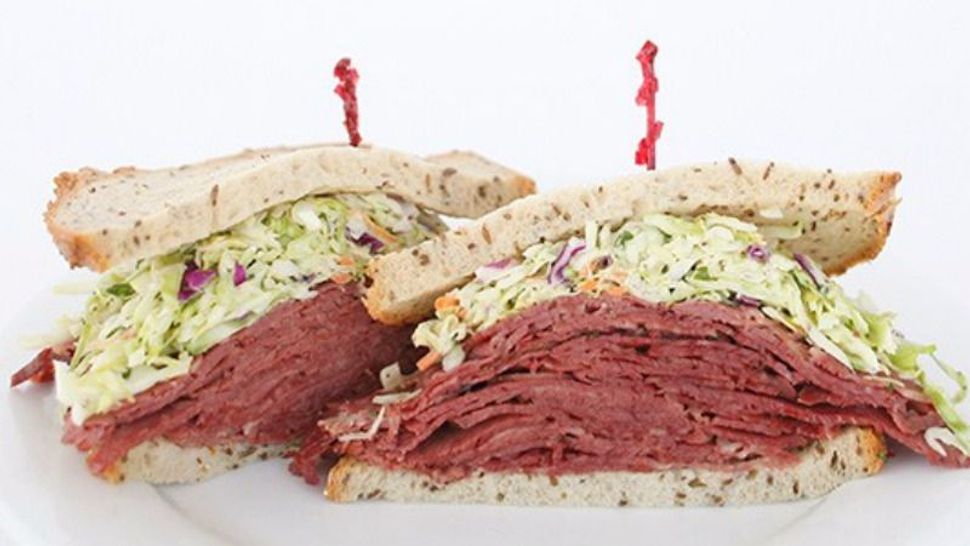 Not Just NYC: Factor’s Famous Deli in Los Angeles is one of the restaurants participating in NY Delicatessen Week. Image by Courtesy of Factor’s Deli 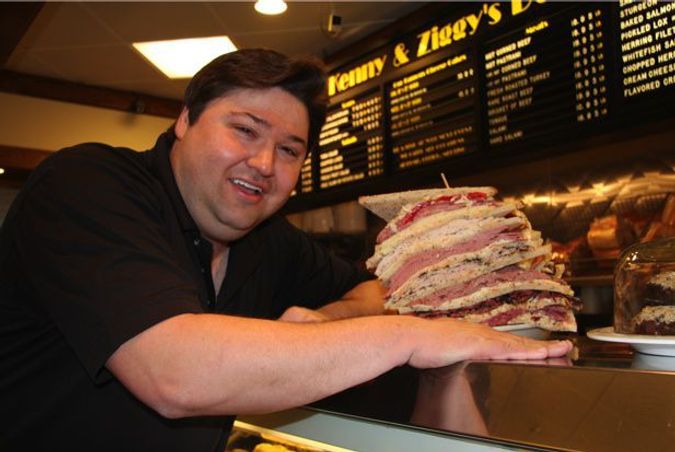 Everything’s bigger in classic Jewish delis. So when Houston deli maven Ziggy Gruber conceived a version of Restaurant Week, he made it last a whole month.

Now, New York Deli Month is back for its second year, and Gruber — owner of Houston’s Kenny & Ziggy’s, and star of the documentary “Deli Man” — is kvelling.

A celebration of “The Best Jewish Food Across the Country,” New York Deli Month 2017, which highlights true New York-style delicatessen fare, includes 19 iconic delis across the country — 10 more than last year. They span the land, from Hymie’s Deli in Merion Station, Pennsylvania, to Canter’s in Los Angeles, from Ben’s Best in Rego Park, Queens to Chompie’s in Scottsdale, Arizona, from Manny’s in Chicago to Corky and Lenny’s in Cleveland.

Along with a specially priced prix-fixe Deli Month menu, each restaurant commits part of its profits to a local charity; the delis gain national promotion and beefed-up social-media presence.

On the slick Deli Month web site, a quote from David Sax’s 2008 “Save the Deli” warns of “endangered” Jewish eateries. Is that still the case, we asked Gruber?

“I think so,” he says. “New delis are not always making it — they’re opening and closing. The old-timers, too — look at the Stage and the Carnegie in New York. Some of the newer delis have morphed into something different, a new generation. I love Will Horowitz’s place (Manhattan nouveau deli Ducks Eatery). But I wouldn’t consider it a traditional Jewish deli. Great sandwiches, but where’s the flanken? So yes, I do think delis are in danger.”

Deli Month, he says, was established “to showcase how good Jewish cuisine is. If you’re young, and you haven’t eaten goulash, or tried a Roumanian steak, here’s your chance.”

Deli owners agree. “It’s a fantastic idea,” says Jay Parker, owner of Ben’s Best, the Queens kosher deli where 2016’s Robert DeNiro melodrama The Comedian was set. “There are fewer of us, you know. We have to stay in the public eye if we plan to move into the future.”

Canter’s, the legendary Los Angeles noshery, got on board “because we believe it is important that the remaining delis band together and promote deli culture,” says Alex Canter, a co-owner. “Even though we are well-established, it is important to increase awareness of deli food and continue to introduce new people to it.” 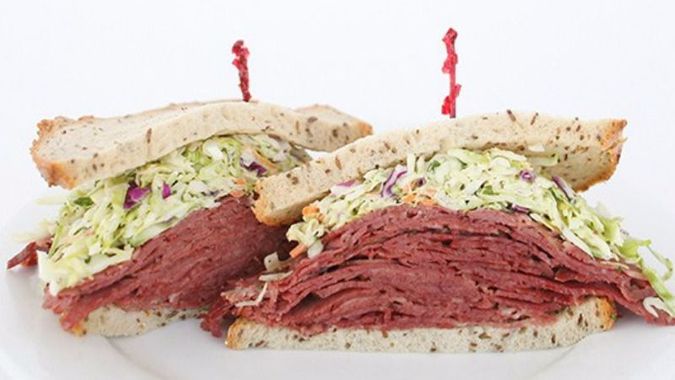 Not Just NYC: Factor’s Famous Deli in Los Angeles is one of the restaurants participating in NY Delicatessen Week. Image by Courtesy of Factor's Deli

For Debbie Ullman, an owner of Factor’s Famous Deli in Los Angeles, Deli Month means sharing “an awareness of this special breed of restaurants. Yes, some of the old generation that used to flock to delis is gone. But delis are here to stay. You just need to adapt.” Factors will donate its Deli Month proceeds to L.A.’s Museum of Tolerance — a salute to Ullman’s mother, the 91-year-old Holocaust survivor who co-founded Factor’s with her husband.

New York Deli Month continues through August. “Deli Month is bringing more people into the stores, definitely,” says Gruber, who opened a second Kenny and Ziggy’s in 2015. “And it’s not just Jewish people. It’s a lot of newcomers who’ve never tasted the stuff, and they love it.”

Even better, Gruber says, Deli Month brings deli proprietors together. “Years ago, with delis on every corner, they saw each other as competitors,” Gruber says. “Today, we don’t. Everybody’s working together. And for me, who thought he knew everyone in the business, I got to meet people I’ve never talked to before. It’s been wonderful.”