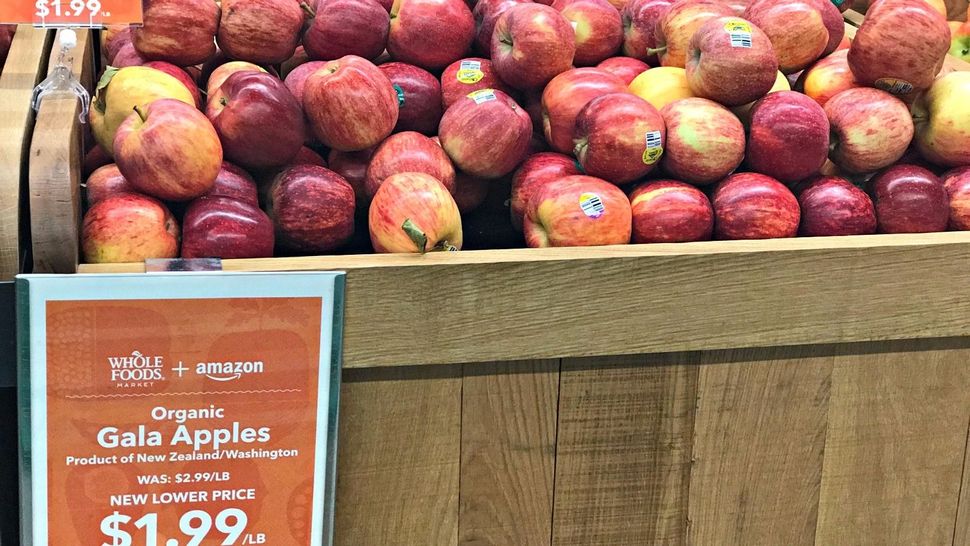 A Rosh Hashanah staple, apples are among the items on sale at Whole Foods. Image by Liza Schoenfein

A few days after I moved into my Harlem apartment in mid July, the new, highly anticipated Whole Foods opened on 125th Street. I thought this was auspicious.

Then a few days ago Amazon and Whole Foods announced a quickie merger, followed by the news that prices of certain foods being sold in the supermarket formerly nicknamed Whole Paycheck would be slashed. Slashed!

This is more than auspicious, I thought, it’s awesome.

Which items, I wondered, were subject to said slash? Would any of the foods I’ll be buying to make my Rosh Hashanah dinner be on sale? Would prices of the packaged goods in the Jewish portion of the “ethnic” aisle — the matzo ball mixes and boxes of kosher chicken broth — be reduced?

So last night I launched an investigation. Armed with my iphone camera I walked the aisles, looking for sale signs. I found the first one as soon as I entered the produce section. Organic Gala apples are now $1.99. I wish I knew what they cost before, but I am able to compare them to the price of organic Gala apples at Fairway: There, they are a dollar more per pound.

Over in the “Jewish” section, absolutely nothing was on sale. Not even matzo, out of season though it may be. 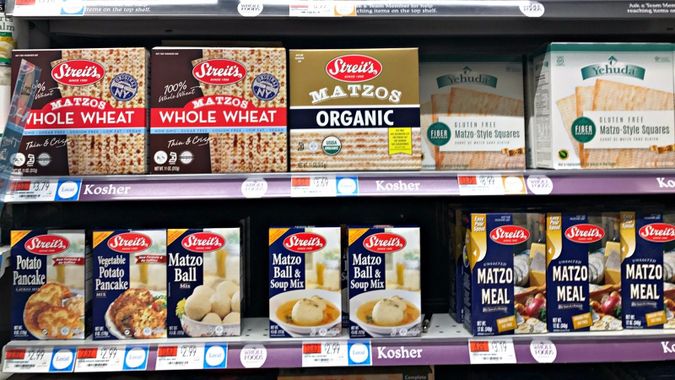 Matzo and other packaged goods in the Jewish section of the store were not on sale. Image by Liza Schoenfein

I ran by the honey section, not seeing the orange sign announcing “Whole Foods + Amazon New Lower Prices.” The regular stuff was regular price. I did see that a few of the most expensive honeys, such as Manuka, were somewhat reduced. (At upward of $40 a jar in some cases, I won’t be dipping apple slices into that this New Year.)

Other notable sale items included a bunch of bulk beans and grains, peaches, fresh avocados (now $1.49 each, which is half of what I usually find them for) and store-brand almond milk.

I’ll keep checking back — apparently there are more price cuts to come.