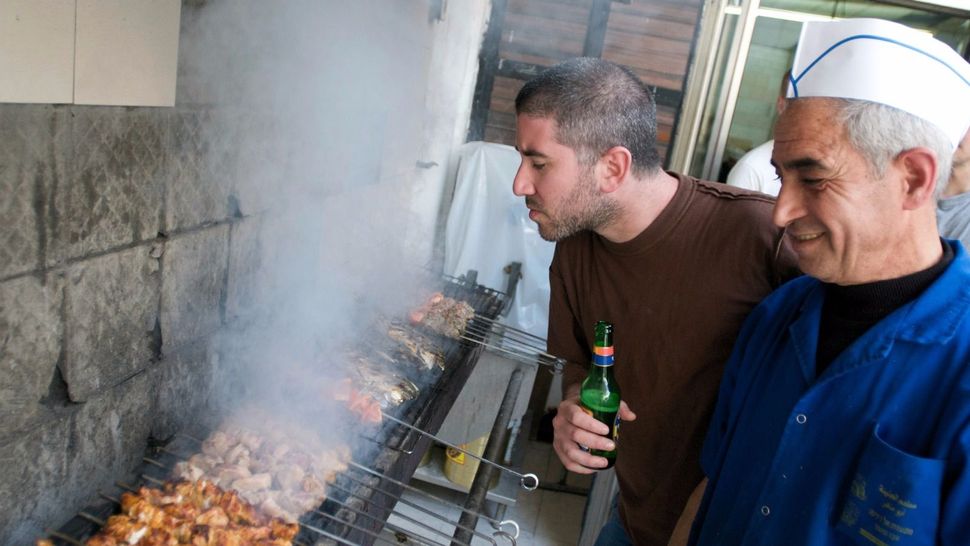 Michael Solomonov, left, takes viewers on a country-wide tour of Israel in the documentary ‘In Search Of Israeli Cuisine.’ Image by Michael T. Regan

With this week’s Netflix release of award-winning filmmaker Roger Sherman’s documentary “In Search of Israeli Cuisine,” interest in Israeli food — already trending in the U.S. — can only increase. The film just hit Netflix in the U.S. and Israel, as well as Amazon and iTunes.

“In Search of Israeli Cuisine” is a food-lover’s tour of Israel, with award-winning Israeli-American chef Michael Solomonov as guide. Sherman and Solomonov travel all over Israel, talking to chefs, home cooks and artisanal food purveyors — and eating there way to a deeper understanding of the depth and breadth of Israeli food.

The film has been shown in 36 theaters across the U.S., and at nearly 150 film festivals around the world.

There will be a special screening in New York on Thursday, November 9, as a fundraiser for Sherman’s synagogue, the Shul of New York. Following the film there will be a Q&A and food from Solomonov’s “Zahav” cookbook. Tickets are still available.