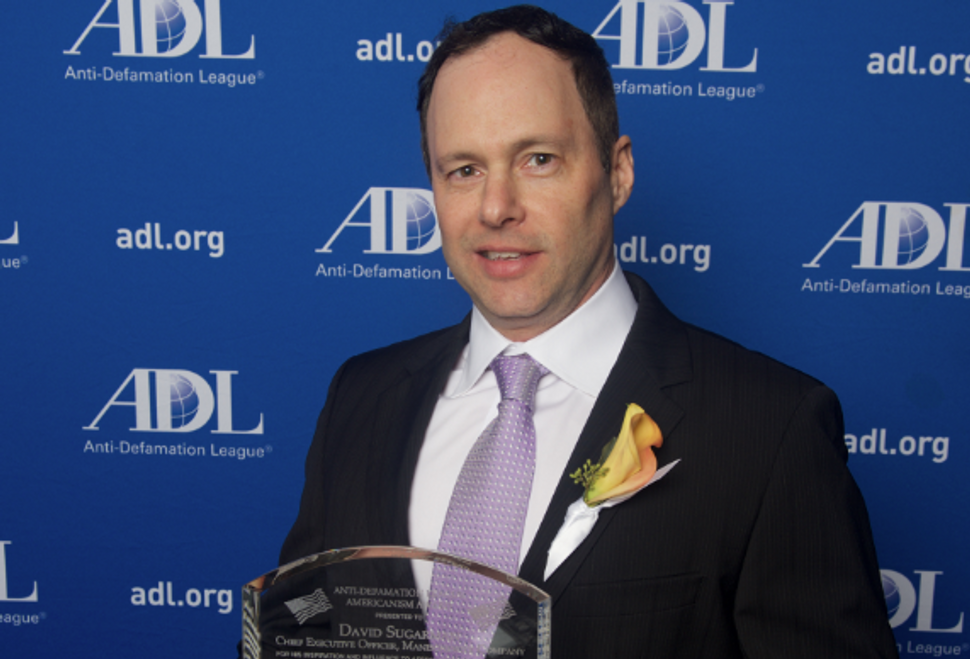 David Sugarman, president and CEO of the Manischewitz Company, was presented with the prestigious Americanism Award at the Annual Gala Celebration of the Anti-Defamation League. Image by Perry Bindelglass of Bindelglass Photography

The Manischewitz Company’s president and CEO, David Sugarman, was honored last week by the Anti-Defamation League, which gave him its Americanism award.

The award, which has previously gone to recipients including tennis star Venus Williams and former New York City Police Commissioner Raymond Kelly, honors “exceptional individuals who exemplify the noble ideals and democratic values of the United States of America and of ADL,” according to a statement issued by ADL.

Manischewitz, the largest kosher-food company in the United States, recently donated $50,000 to the ADL “in support of its efforts to combat recent anti-Semitic and anti-minority acts across the country,” according to the company.

“During these challenging times, it’s important for all of us to take a stand against intolerance,” Sugarman said. “We are proud to support the ADL and its advocacy for tolerance and inclusion. The ADL is a critical voice against hate not only on behalf of the Jewish people, but on behalf of all people and their civil rights, regardless of race or religion.”

Sugarman was honored at the ADL’s annual gala, which was held in early November at Liberty House restaurant in Jersey City, New Jersey.

The Anti-Defamation League is a national advocacy organization that combats anti-semitism and bigotry on a state and local level. The Manischewitz brand was founded in 1888 by Rabbi Dov Behr Manischewitz, in a small bakery built to make Passover matzo.