Too Much Turkey? Alka Seltzer Ad From 1936 Forverts To The Rescue. 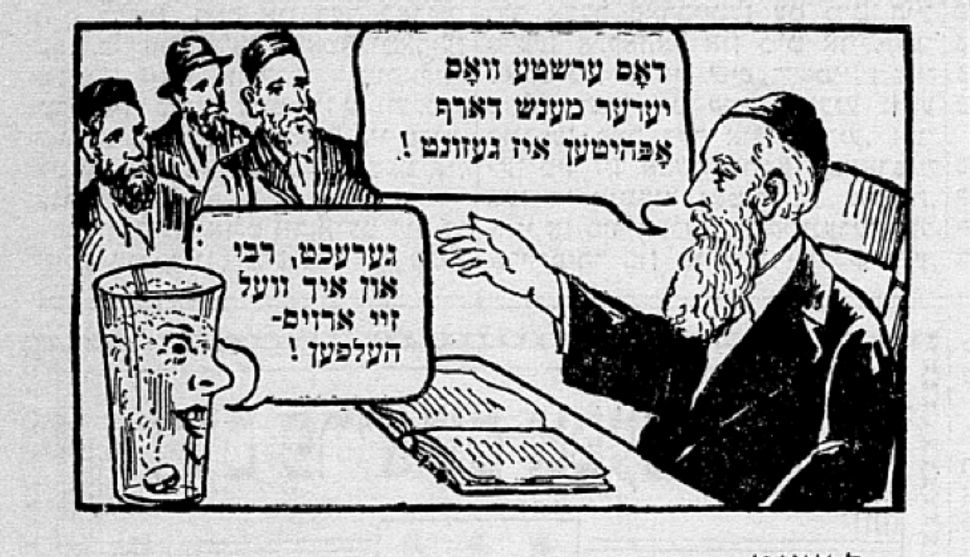 A portion of an ad for Alka Seltzer from a 1936 issue of the Forverts. Image by Forward Association

The long-running slogan “I can’t believe I ate the whole thing” and the jingle “Pop pop, fizz fizz, oh what a relief it is,” secured the Alka Selzer brand into the consciousness of millions of Americans. But before “Plop plop, fizz fizz” there was a rabbi talking to a glass of the heartburn and hangover reliever.

In the newspaper advertisement below, from a 1936 issue of the Forverts, the conversation (translated by the Forward’s archivist, Chana Pollack), goes like this:

Rebbe: Primarily people must take care of their health!

Alka Seltzer: That’s right Rebbe. And I’ll help them out.

Below the drawing, the copy begins as follows:

Health is one of our greatest blessings, and yet, we frequently neglect our health! Often we eat and drink more than necessary — we keep late hours, get to sleep late and engage in other activities resulting in too much acid in our digestive system. Then nature rebels and we suffer headaches, a weak stomach, indigestion after heavy meals or other typical symptoms. That’s when it’s time to take ALKA SELTZER.

To the left of the the Alka Selzer box at the bottom of the ad it says, “Ask your druggist about ALKA SELTZER,” and to the right, “Available at your druggist in 30 cent and 60 cent sizes.”

While it costs a little more than that today, it’s likely that a whole lot of Americans turned to this medicine-cabinet mainstay after overdoing it at Thanksgiving dinner. 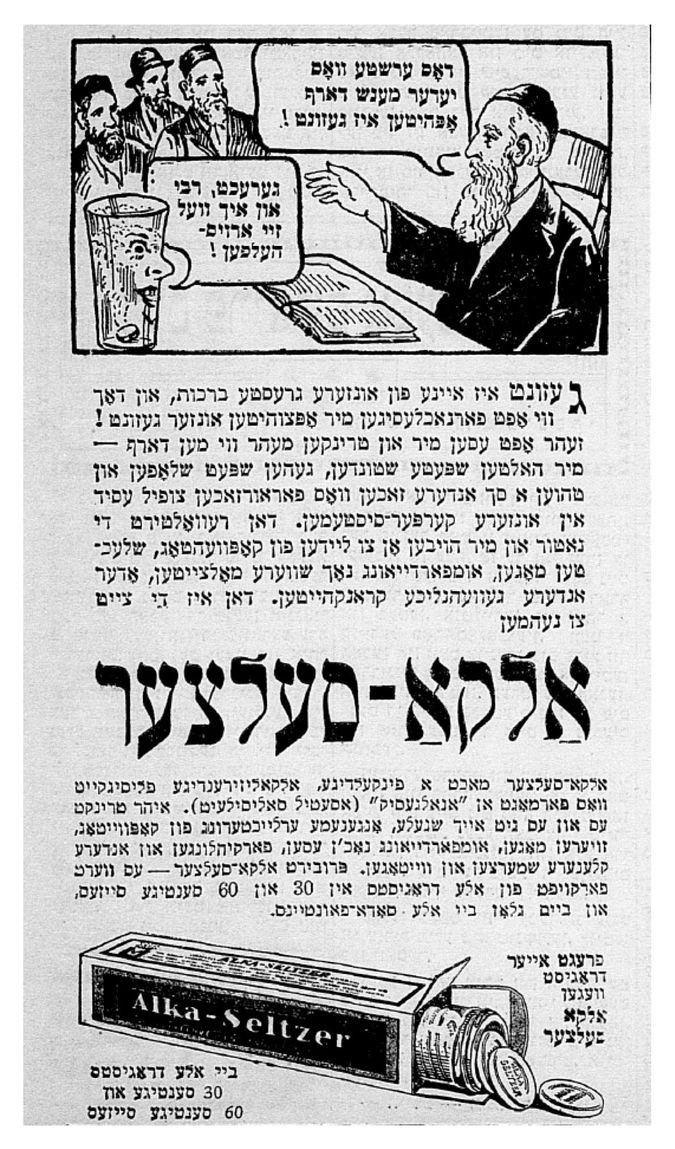 The Alka Seltzer ad in its entirety. Image by Forward Association

Too Much Turkey? Alka Seltzer Ad From 1936 Forverts To The Rescue.