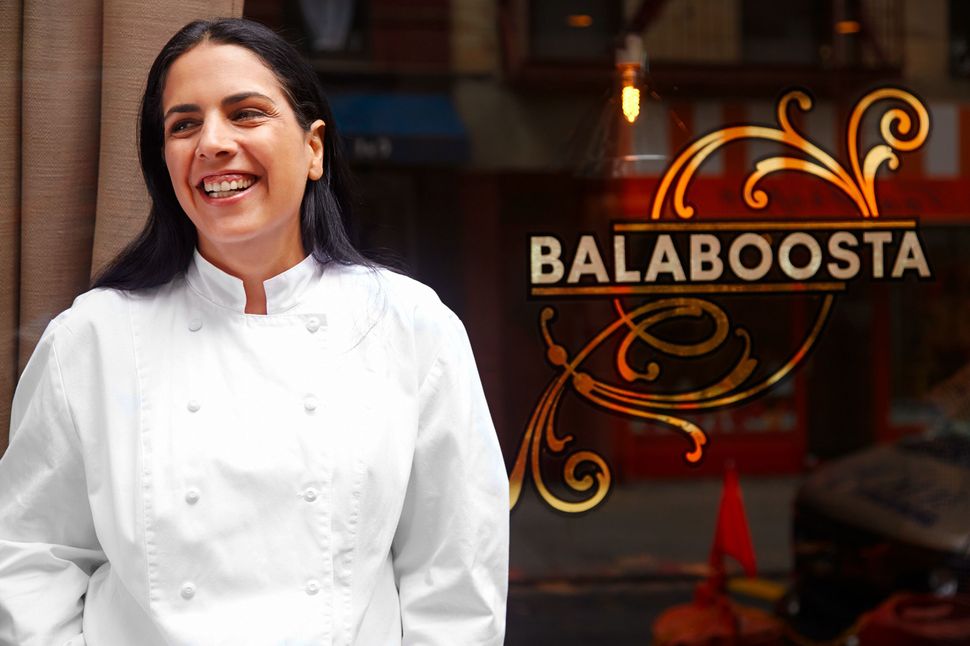 Einat Admony has made a name for herself in New York City. The Israeli-born chef owns a few restaurants, like Balaboosta and Bar Bolonat, which have attracted a lot of interest. But there are those who say that her real forte is her two fast-food restaurants (actually two-and-a-half) called Taïm that sell falafel in SoHo and the West Village. The “half” is a falafel truck that circulates around Manhattan.

Now it seems that Admony’s falafel business is on the verge of a dramatic development. Admony has been joined by a number of investors and senior employees formerly associated with the Chipotle Mexican Grill fast-food chain, among them its former operations officer.

Chipotle, an American-owned chain with branches in Canada and Europe, has faced difficulties in recent years, after several customers contracted food-borne illnesses and patrons began abandoning the chain in droves. Admony’s new partners have decided that falafel is better than organic Mexican food that has made some people sick.

Admony, 45, says that five new local branches of Taïm – which means “delicious” or “tasty” in Hebrew – will open in the next year or two. The third branch will open in central Manhattan in February, and in May two more will open: one in the Financial District in downtown Manhattan and the other in the Flatiron district, now the city’s high-tech hub. They’re even talking about opening a branch in Washington, D.C.

Taïm serves two types of falafel and sabich (pita stuffed with hard-boiled eggs and eggplant) with different spreads and toppings, along with a variety of salads and smoothies. The crowd that frequenting its branches in the Village and SoHo is by and large young, with a liberal sprinkling of hipsters and students. 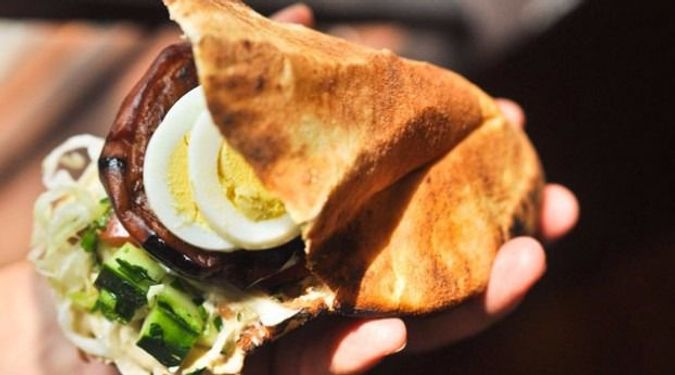 Sabich, an Israeli sandwich of hard-boiled egg, salads and grilled eggplant in a pita. Image by Courtesy of Taim

Falafel has a presence in New York. It is served at a host of popular eateries, but also at chef restaurants. For example, the Maoz falafel chain, owned by Israelis who started their business in Holland, is doing well.

Many consider falafel to be health food, because it’s vegetarian, but they tend to forget that it’s deep-fried, which casts its supposedly healthful properties in a dubious light. To counter that problem, chains like Whole Foods and Fairway, for instance, sell oven-baked falafel balls. They aren’t as tasty but presumably more healthful and better suited to the healthy-lifestyle craze that has consumed New York.

While some efforts by Israelis to conquer the Big Apple with falafel didn’t go too well, chef Admony and her ex-Chipotle partners believe the popular Middle Eastern delicacy has great potential and want to try their luck.

Bethany Strong, who was operations director at Chipotle from 2005 to 2013, is now vice president for operations at Taïm. She says that there’s something about the falafel at Taïm that reminds her of the early days at Chipotle: Once you taste it, she says, you’ll come back for more. And with so many people going vegetarian and vegan, falafel could be the next big thing.

Admony, who comes from a family of ba’alei teshuva (newly penitent individuals) from the ultra-Orthodox city of Bnei Brak, spent her early young adulthood traveling the world. At 24 she took a short course at the Tadmor Hotelier School in Tel Aviv, after which she worked at several restaurants, including chef Haim Cohen’s Keren. After a brief, failed marriage, she returned to New York with $200 in her pocket, determined to make a new start. Shortly after her arrival she met the man whom she would soon marry, Stefan Nafziger, who was working at the Balthazar French restaurant, where he continued to work even after they opened their first Taïm branch in the West Village in 2005. 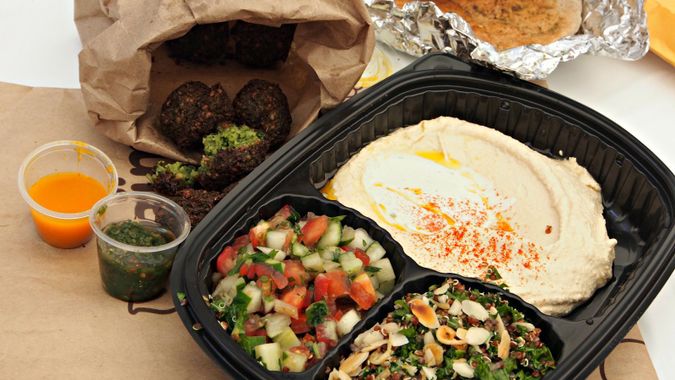 Falafel fixings from the Taïm truck. Image by Liza Schoenfein

“The first year was hard,” Admony recalls. “People weren’t coming, there wasn’t a soul in the restaurant.” But things slowly started to pick up. In 2010 she opened Balaboosta in SoHo and two years later, the larger Taïm restaurant. In 2013 she launched Bar Bolonat. Over the years she has become a familiar figure in New York, after appearing on shows on the Food Channel and writing a book.

“At first I was embarrassed to be making falafel,” says the chef, who over the years has become a familiar figure on Manhattan’s culinary landscape, after writing a cookbook and appearing on the Food Channel. “When I told people in Israel that I was making falafel in New York, no one was particularly impressed. It was more like, ‘You went all the way to New York just to sell falafel?’ And look, nowadays lots of chefs are moving from haute cuisine to fast food. So I started with fast food and moved to more sophisticated food.”

When I first met her two years ago Admony said that he had a dream of taking Taïm and turning it into a type of “Israeli Chipotle.” At that time she was already speaking to potential investors.

“Stefan and I have been working like crazy and we can’t do anything more in the realm of operations,” she explained then. “The truth is you can’t make a lot of money in the restaurant business. We’re also thinking of how to pay for college for our two little kids.”

Not all of Admony’s ventures have succeeded. Two years ago she opened a restaurant called Combina, a tapas bar that combined Spanish and Israeli food. Combina was in a great location in SoHo, on West Broadway, one of the more stylish and expensive streets in the neighborhood. At Combina Admony served, among other things a salty-fish donut. But the eatery failed.

“The rent was sky-high,” she says now. “We wanted to cut our losses quickly before it affected the other businesses.”

But Admony is unfazed. Even as she invests most of her efforts in falafel, she tells of a plan to open a couscous restaurant near the Hudson River in a few months. The restaurant will be called Kish-Kash, after the sieve used to prepare the traditional North African dish. Other local restaurants feature couscous, such as the veteran Café Mogador, but Admony is promising couscous like New Yorkers have never seen before.

The original story appeared on Haaretz.com.