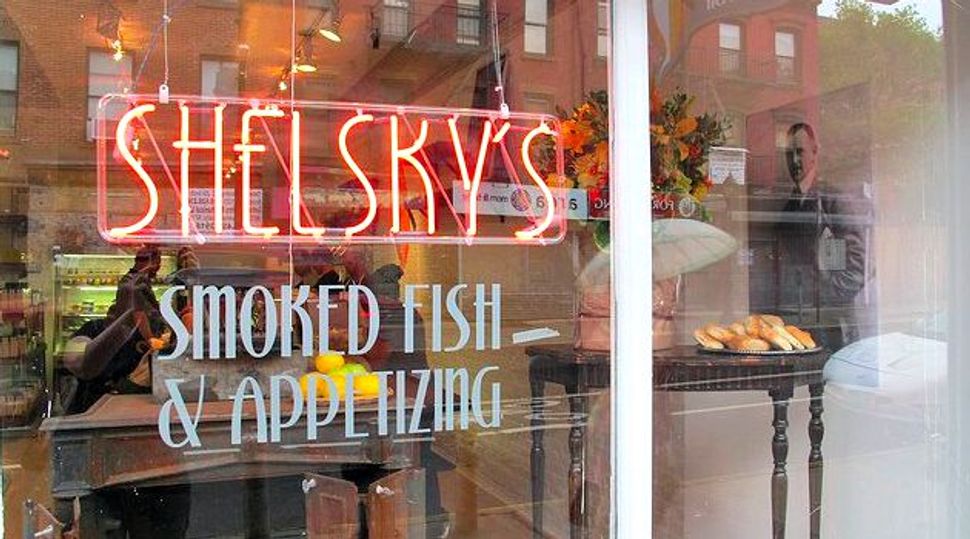 For the second year in a row (and the third time in four years), Brooklyn’s Peter Shelsky won the People’s Choice Award at Latke Festival (colloquially known as Latkefest), the annual fundraising dinner and latke-making competition, which was held Monday December 18 at the Brooklyn Museum. Shelsky co-owns deli and appetizing shop Shelsky’s of Brooklyn in Cobble Hill with Lewis Spada.

“It was awesome,” Shelsky said. “We’re competitive, so we like to win.”

Shelsky’s latke was a riff on the Rueben sandwich: a caraway-seed studded latke stuffed (before frying) with Swiss cheese and Riesling-braised sauerkraut and topped that with corned beef and Russian dressing.

The great diversity of ingredients found in the various latkes this year prompted us to wonder what makes a latke a latke, and what a latke should contain — and not contain — to be considered Jewish. Stay tuned for that exploration in a post coming later this week.

Proceeds from the event benefit the Sylvia Center, a nonprofit organization dedicated to teaching healthy eating habits to children and their families.

“It’s become a cause that Lewis and I really get behind,” Shelsky said. Spada and Shelsky have hosted a fundraiser for the Sylvia Center at the store. “As food people we think that what they’re doing as an organization is incredibly important.”