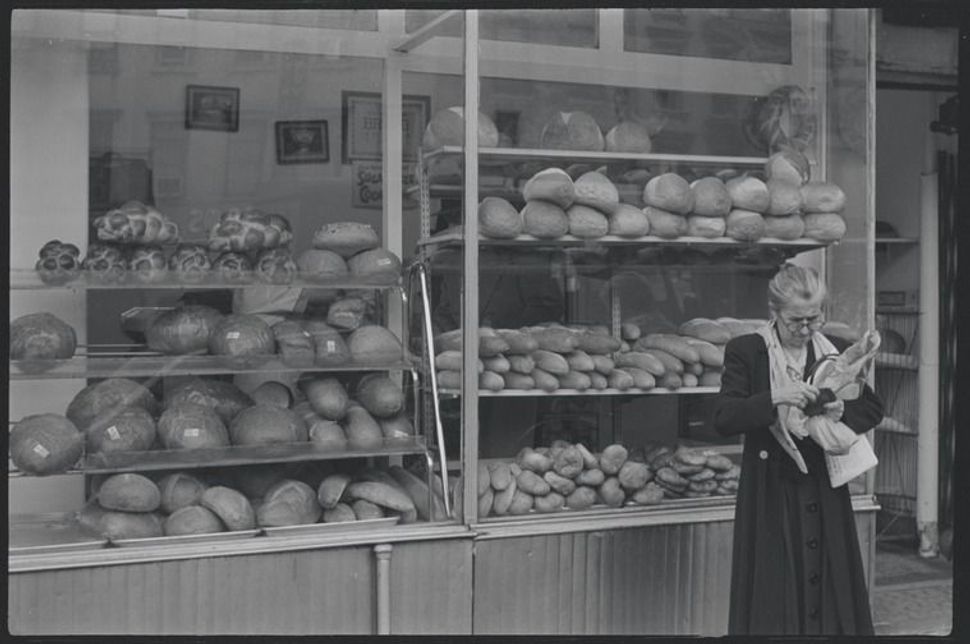 An American bakery in the mid-20th century. Image by New York Public Library

“A homemade bomb was thrown inside a bagel bakery in Howell Township, New Jersey. It’s believed to have been thrown by anti-Semites.

A fire broke out but was quickly extinguished and fortunately nobody was wounded. The bomb was flung in at 4 a.m. when the bakers weren’t there.

This bakery belongs to brothers, Morris and Herbert Borden who themselves live in Bergerville, New Jersey.”