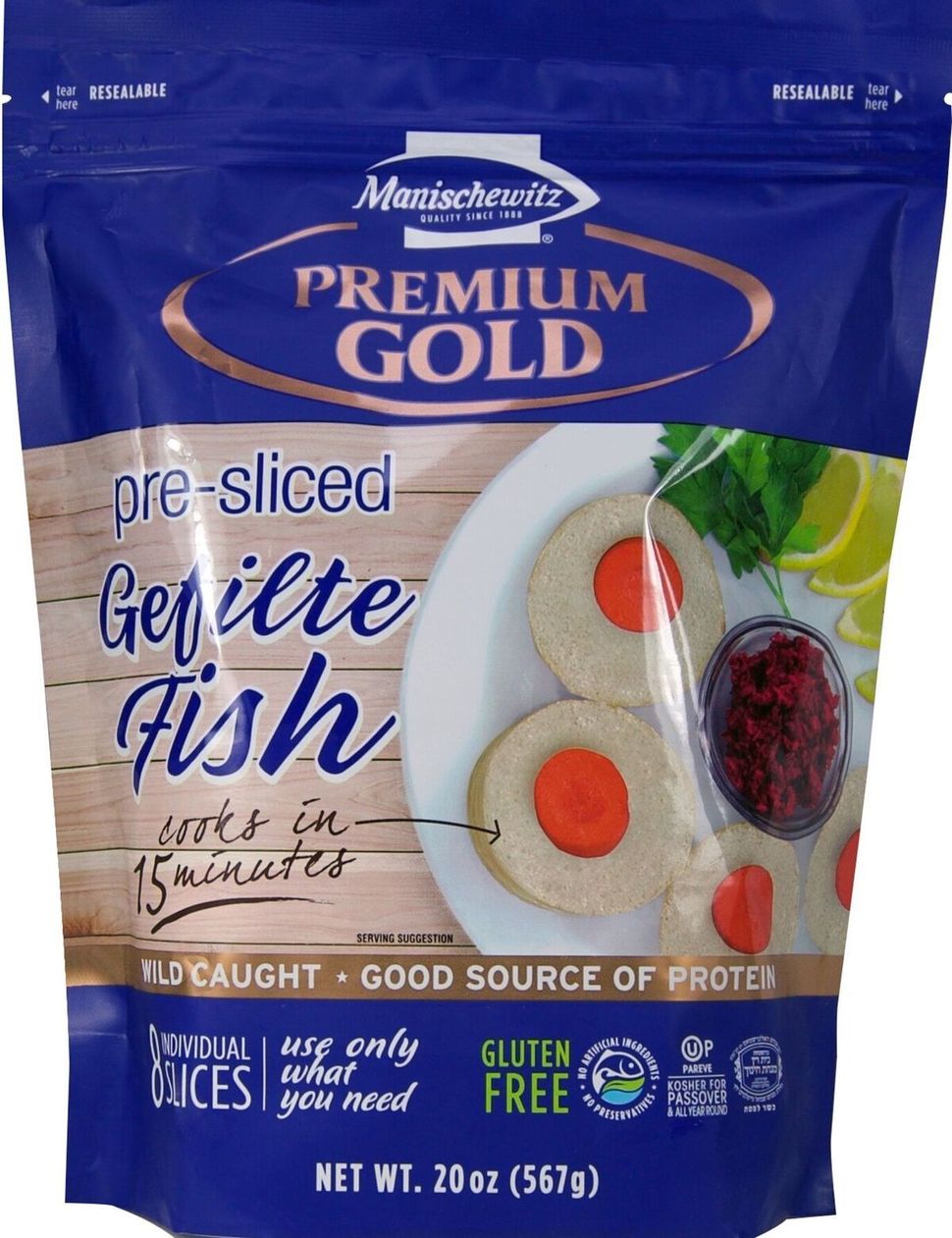 Image by Courtesy of Manischevitz

If you’ve ever felt a desperate craving for some gefilte fish, perhaps with a delicate sprinkling of paprika on top or a slightly less delicate dipping-into-horseradish, you already know that the cook time (a wretched hour-and-a-half) is far, far too long.

For years, Jews (who else eats gefilte fish?) have waited by boiling pots in vain, stomachs rumbling. But no longer.

The Manischevitz Company, that iconic Jewish institution, the largest marketer of kosher foods in North America, has heard your complaints. From the creators of the wine that will get you dancing on your seder table to the matzo that will be crushed under your dancing feet comes something new.

The first-ever frozen gefilte fish, gloriously pre-sliced and satisfyingly pre-cooked, is now being sold in select retailers and kosher grocery stores everywhere (in North America, that is).

Slashing the cook time from that grueling hour-and-a-half to a sexy fifteen minutes, this 20-ounce resealable product will change lives, hearts and minds.

“Our new Pre-Sliced Frozen Gefilte Fish takes the long preparation and cooking out of the traditional recipe for Gefilte Fish and makes the whole process easier for our consumer,” said David Sugarman, CEO of The Manischewitz Company. “So, instead of being forced to cook an entire loaf, the customer can now choose how many slices of Gefilte Fish they actually want to prepare and store the rest for future use. We are really proud of this new product, as well as our ability to excel in the kosher food category.”

Gluten free! Kosher for Passover! Available year-round! The OU’s given it its stamp of approval, as has Rabbi Shmuel Teitelbaum of the Tartikov Bet Din, making it an option for even the strictest of strict Orthodox Jews.

Instant gratification is the name of the game these days, and Manischevitz is getting ready to play.

Shira Feder is a writer for the Forward. You can send her your food opinions at [email protected]