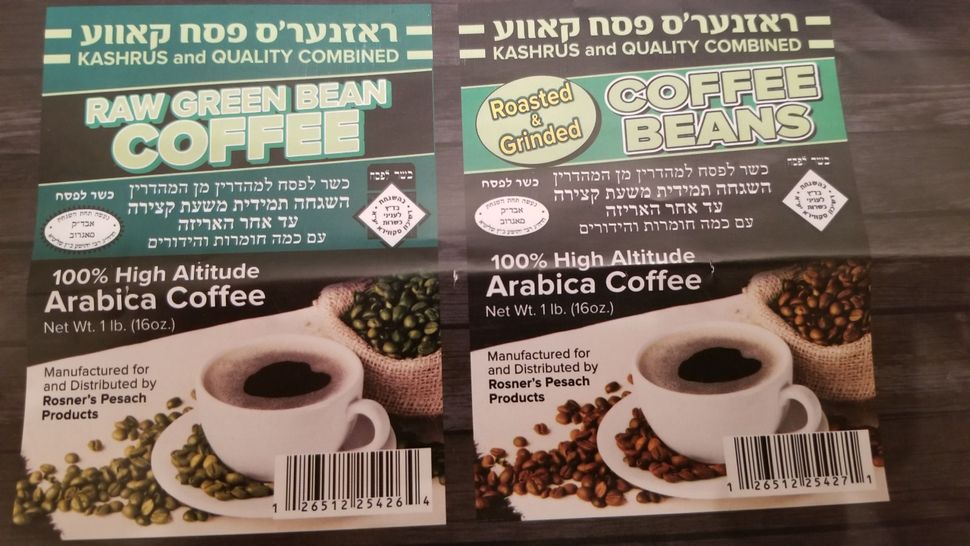 If you’re observant, everything on Passover — from ketchup to coffee — requires special certification, which is bad news for people who just can’t start their day without that rejuvenating cup of java.

In 2007 the Orthodox Union, that eminent Kosher institution tasked with certifying goods as kosher, declared coffee not automatically fit for Passover consumption.

But now, for the first time ever, shmura matzo coffee is on the market. Manufactured by the most rigorous of religious standards, with constant supervision in every step of its creation, even the most scrupulous Passover-observer will be able to partake. Sure, you might be paying a premium for the certification on the label, and sure, it’s only available in Israel, so you might have to ship it to your place of residence, but at least your religious observance will be unimpeachable.

Unless you want to add some creamer. Then you might be in trouble again.