How Much Is Too Much? The Crippling Cost Of Shmura Matza 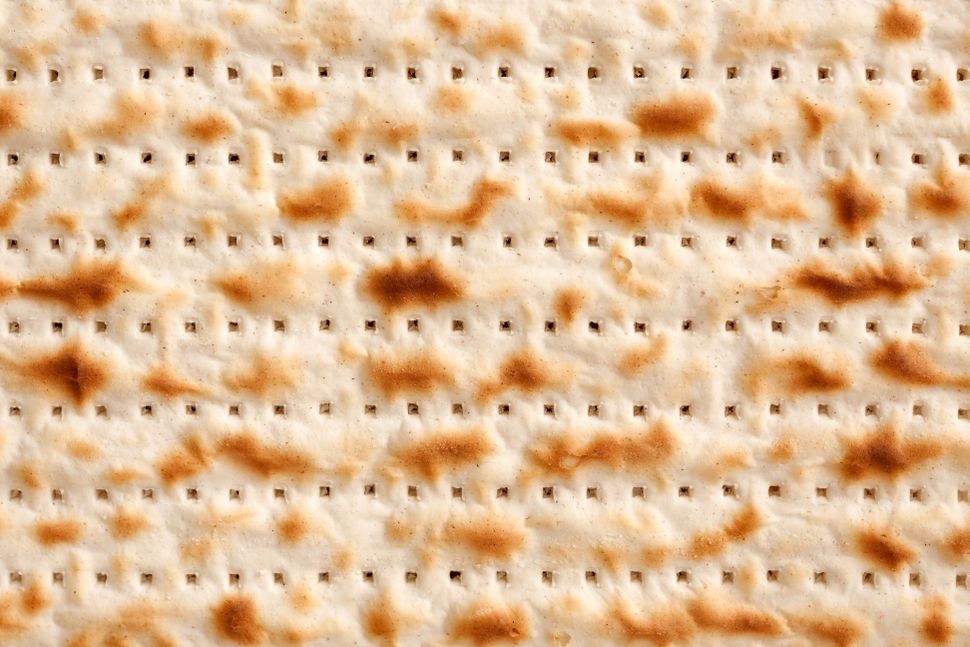 According to Chabad.org, more than 1 million pounds of shmurah matzo, or handmade matzo, will be created and sold this year. In fact, when Barack Obama hosted the first White House seder in 2009, shmurah matzo was present. Demand for this tasteless, complicated-to-digest artisanal cracker continues to rise.

This matzo is considered extra-special (and a must for the stringently religious) because its ingredients have been carefully guarded against leavening. Shmura matzo is scrutinized from before the time the wheat is even harvested. Translated from Hebrew, ‘shmura’ means guarded.

But you pay a premium for all that scrutiny and authenticity.

Not bad for a food item that tastes a whole lot like nothing.

18 minutes is everything when it comes to shmura matzo: That’s the time bakers have to combine the flour with water to create and cook matzo. After those eighteen minutes, it is considered leavened bread, or chametz. Using water drawn from a well and mixing it with dough, the clock starts ticking as bakers must roll out their potions into circles, perforate them with tiny incisions and throw them into an old-fashioned coal oven. Then comes the inspection. Burnt or broken pieces are discarded and remaining matzos are boxed. Everyone working on the matzo is supposed to be religiously observant. It’s a dangerous process, where mistakes can easily be made, and therefore it costs more, matzo manufacturers insist. Or so the logic goes.

But is it price gouging to charge a premium for a relatively rare food item that the community has a monopoly on, which cannot be bought anywhere else? Are the bakeries taking advantage of a vulnerable class of people? Not every Jew can afford the exorbitant prices of this holiday must. Who will speak for them?

The Jewish community is known for taking care of its own, with Chabad houses supplying matzo to those who need it and funds being raised to purchase shmura matzo for families in need.. But why should we have to fund-raise just to provide matzo, a holiday staple, to those in need? Shouldn’t we look towards the people setting the prices, rather than taking our cues from the prices that are set?

“It creates a pressure,” said a mother of four, who preferred to go unnamed. “I worry we’ll have to choose between wine and matzo this year.” The Internet complained. Jews called it highway robbery.

Is it worth reevaluating the pricing of this bread, crafted from bespoke grain, which no one bothers to taste when it isn’t Passover?

How Much Is Too Much? The Crippling Cost Of Shmura Matza