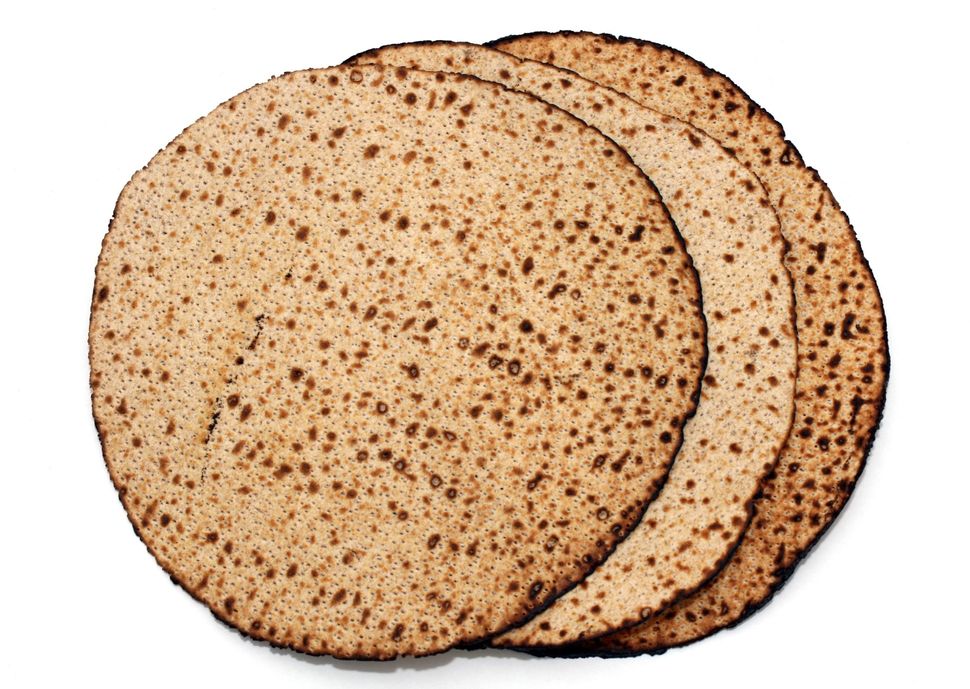 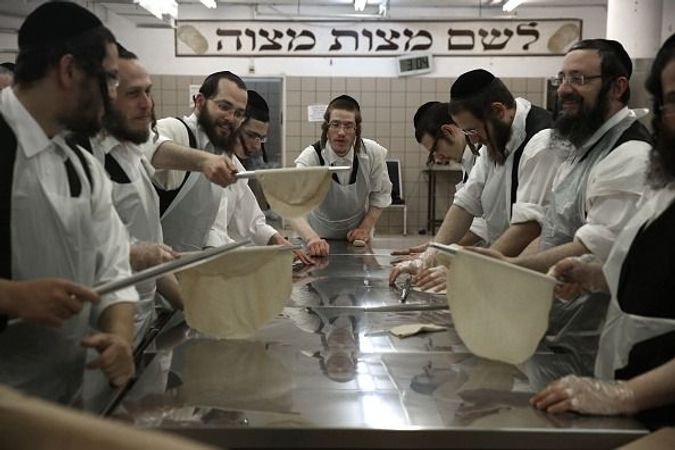 Ultra-Orthodox Jewish men knead the dough before baking Matzoth (unleavened bread) on April 4, 2017 at a bakery in Jerusalem. Image by Getty Images

DIY, or do-it-yourself culture was born out of price-fueled rage at capitalism, that systematically perpetuated scam designed to pry our hard-earned dollars out of our cold dead hands. DIY culture is the practice of creating, modifying, fixing or perfecting something without the (paid) help of professionals. Take that, cabinet makers, Apple Geniuses and Ikea handymen of first-world countries everywhere! This craftsmanship-empowered-uniqueness has extended to all aspects of some adventurous peoples’ lives, from handmade jewelry to crocheted baby clothing to semi-hygienic recyclable cloth diapers crafted from your great grandmother’s curtains. So why not matzo?

A story from the Jewish Week warns the enterprising homemade matzo artisan to beware. Technically, matzo is just flour and water, but there are a whole host of technical errors that can befall the unsuspecting baker.

“The matzah may end up being chametz,” said Rabbi Elie Mischel of the Orthodox Suburban Torah Center in Livingston. “The dough has to be kneaded very quickly, and if little bits of dough are left on the rolling pin, they become chametz and everything becomes contaminated. For that reason, people who want to be involved in matzah baking have traditionally done so by going to matzah factories, where they are very careful to ensure that nothing becomes chametz.”

Passover, like the DIY movement, was born of rage. Rage of an oppressed people against four hundred years of slavery. Rage of an immigrant people destined to wander for forty years. Rage of poor men eating poor man’s bread.

So why not make our own matzo this Passover? Do the subversive work of cooking your own poor man’s bread yourself. Don’t outsource the work to the rabbis! DIY!

In the spirit of all that, as a radicalized lunatic, I offer up my own recipe for handmade matzo. It’s cheap, it’s quick and it’s easy and even the laziest, most broke of us can sidestep the establishment and make it.