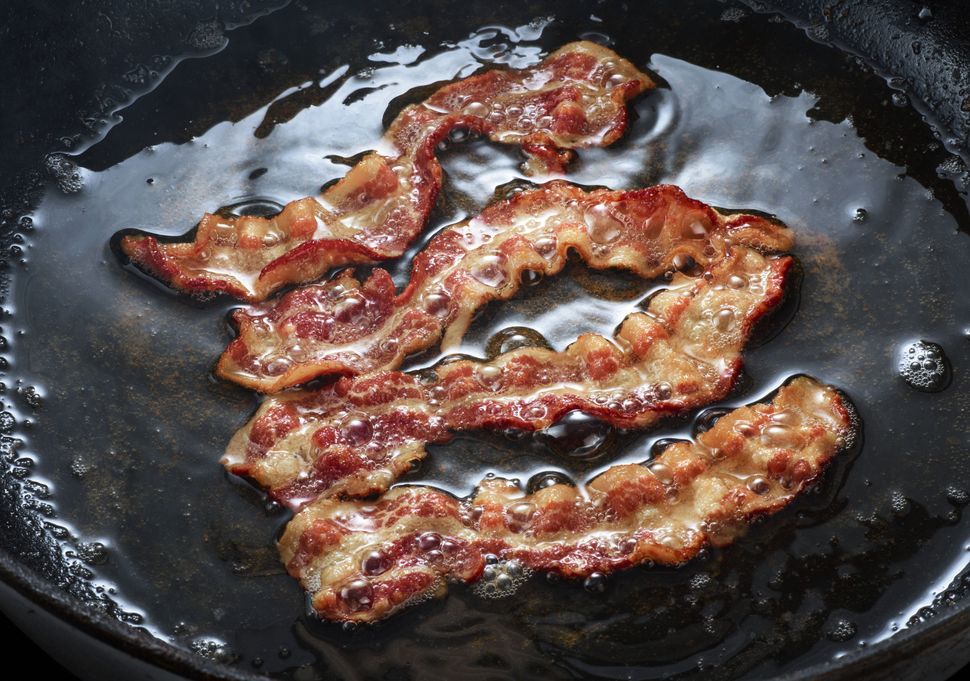 Jews and bacon: Has there ever been a more complicated relationship? We lust after bacon, we denounce it, we rebelliously consume it, we declare it permanently verboten, we create facon, we declare that inedible, scientists invent cloned bacon, now we have thoughts about it.

Suffice it to say that the Jewish culinary palate, thanks to cloned bacon, is about to change. Whether its for the better or worse remains to be seen.

Lab-grown bacon can be kosher. So what’s next? Genetically-modified shrimp? Lab-developed lobster? Will Muslims follow suit by declaring cloned bacon halal? Is there nothing left to lust after? What will become of the Jewish psyche if there is nothing off the table? Will we become normal, non-neurotic people without crippling attachments to our mothers? Will cloned bacon be more expensive than regular bacon, and will the Jews be accused of hoarding the world’s money because some of them can afford it? Will we dress up as pigs on Purim and dance around bacon fires on Lag Baomer and serve bacon at early morning brises? Will Phillip Roth fall into oblivion?

But let’s not get ahead of ourselves. While Israeli rabbis might be enthusiastic, their more cautious American counterparts might have other thoughts. The notion of erecting a fence around the Torah, or a chumrah in Hebrew, means prohibiting things which aren’t themselves sinful but may lead others to consider sinning. Cloned bacon, which for all intents and purposes will look like real bacon, may fall into that category.

Yet if cloned bacon would be permitted, eating it with milk would also be allowed — because cloned bacon isn’t actually meat. Science sure is making the world a wonderfully strange place.

So here’s to felling two time-honored prohibitions in one cheesy, meaty, cloned bite.