Masala Mamas: An Indian Cookbook For The Kosher Home 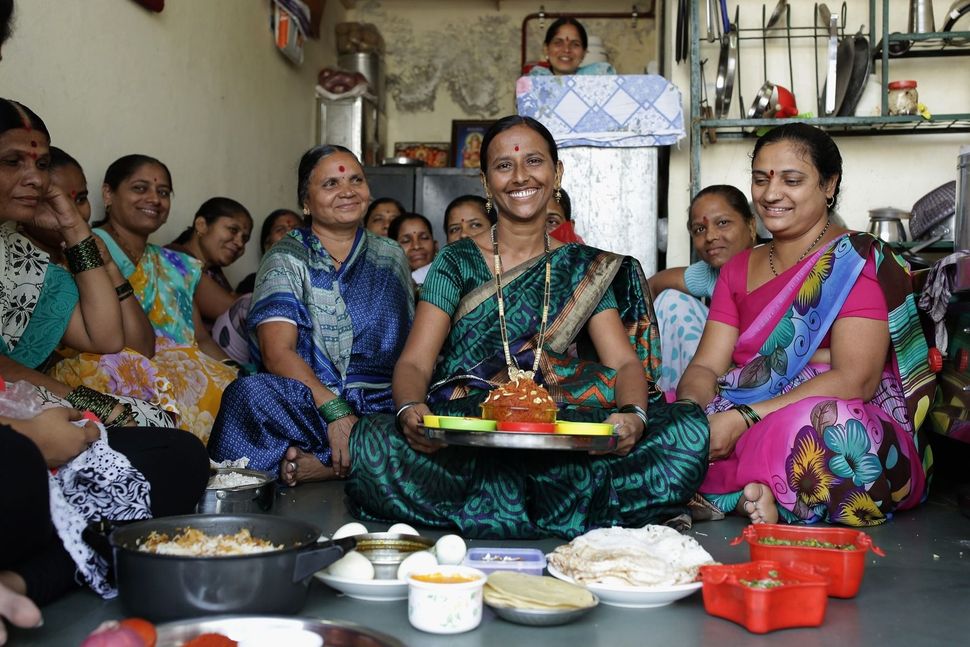 If you ask any of the women in the Kulwa slum how old they are, chances are they’ll shrug their shoulders. These women did not receive enough math education to calculate their ages. Living in a slum, often without running water or electricity, where sewage sluiced through the villages, scarcely conscious of the passage of time, each year blurring into the next.

But their children will — thanks to their cooking.

When writer and anthropologist Dr. Elana Sztokman stumbled upon this group of women, she decided their cooking was too amazing to not be documented in a cookbook.

Masala Mamas is the result of Gabriel Project Mumbai, a Jewish NGO that started with a simple goal: to keep kids in school. In the Mumbai slums, kids as young as five, not knowing where their next meal is likely to come from, will search through sewage for scraps of food rather than attend class.

The Gabriel Project team soon realized that all that was needed was to provide hot meals in class (costing 35 cents a child) and the children would show up to school. In the short term, it would provide hunger relief. In the long term, it would allow children to access education and higher opportunities, eventually alleviating poverty. In the slums, there were groups of woman who passionately believed in education, who were also looking for work. The Gabriel Project approached them, hiring them to cook for the schoolchildren. After the first year, teachers reported a 50% increase in attendance.

Now all the recipes these women cooked for the children have been compiled in a cookbook titled ‘Masala Mamas’. It is a chronicle of maternal sacrifice.

“These mothers left their villages, places of community, tradition and festival, and moved to tiny houses in the slums, sacrificing for their children’s education,” writer Dr. Elana Sztokman says. “These kids are now working in fields like commerce and high tech. It’s a complete transformation within a generation.”

Masala Mamas focuses on a group of sixteen women from the Kalwa slum in Mumbai. They work out of a 12-meter space, no larger than the average American child’s bedroom. The women, dressed in colorful saris and ankle bracelets, work on the floor. Jewelry clanks as recipes are created, some particularly detail-oriented ones demanding a few days of prep time or more. (The mango pickle recipe involves two weeks of watching chopped mango pickles out in the sun.) Cooking here is stovetop only, with no ovens at all. 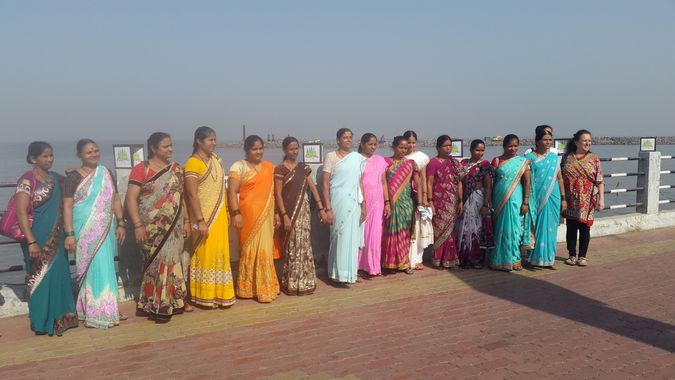 From faluda (a sweet, pink Maharashtrian staple for hot days) to maswadi (a spicy, besan-flavored roll that serves as finger food to these women), Masala Mamas does its best to cover the depth and breadth of Maharashti ancestral meals. Of course, with 1.2 billion people living in India, one cannot hope to capture the entirety of Indian cooking in a single record. Instead, ‘Masala Mamas’ captures something else. Women over the centuries have had to set aside their own hopes and dreams for the sake of their children — and ‘Masala Mamas’, as a cookbook, is a fascinating document of maternal sacrifice, an outstanding glimpse into an underserved community.

Sztokman conducted interviews, with the help of a translator, to convey the recipes from their traditional Marathi. Of India’s 39 states, these women are from Maharashtra, home to 300 million.

“They’ve been growing a community,” anthropologist and project creator Dr. Elana Sztokman tells me. “And you really see ripple effects throughout the community.”

The cookbook reveals all the spices, ingredients and techniques used to make authentic Indian food. All proceeds from the purchase of the cookbook go directly back to these women, who left their villages with dreams of a better future for their children. In 2012, there were 120,000 people in the Kalwa slum; now there are 200,000. “It’s a bit of a forced migration,” says Sztokman. “People don’t want to leave their villages. They go to the slums for education, jobs, healthcare, all things they don’t have in the villages.”

It was Sztokman’s idea to create a cookbook documenting the legacy of these mothers’ sacrifices. “I’m an anthropologist specializing in gender studies and society,” she tells me. “This was my first time doing an anthropology project not about Jewish women.”

Sztokman’s first three books were dedicated to understanding Jewish women’s lives, but now her focus is on understanding these Maharashti women through the lens of anthropology.

“In so many societies, women’s lives revolve around the kitchen,” she says. “It’s been really wonderful to connect with these woman, despite coming from different worlds, with no shared language, religion or history. We have a strong relationship based on love. We share a basic experience of what it means to be a woman in the world. We have dreams of a better society, of relationships, of wanting more for our kids, and so much of that is centered around food.”

Masala Mamas: An Indian Cookbook For The Kosher Home