Why You Must Try Glamping ASAP, According to Emma Frisch 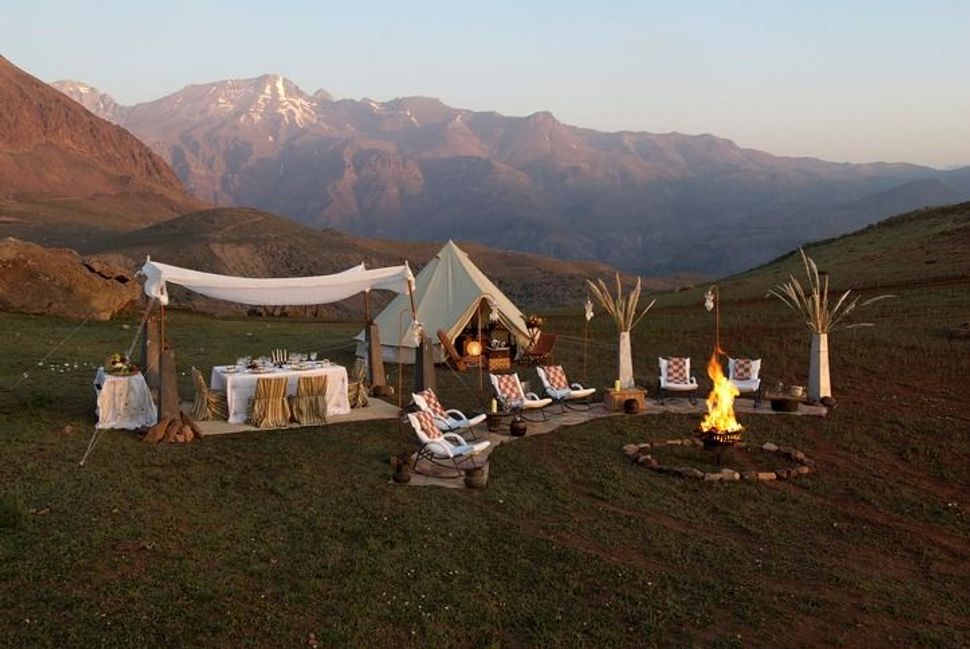 Humans want two contradictory things at the same time, to feel safe and pursue grand adventure and excitement. Which is why glamping, a portmanteau of glamour and camping, the process of being not too far from civilization but far enough, satisfies both simultaneous needs.

I interviewed Emma Frisch, who runs Firelight Camps, an upstate New York ‘glamping resort’. She competed on Food Network Season 10 and according to her website, she’s spent 33 years around the sun. Now Frisch is coming out with a new cookbook, Feast By Firelight, dedicated to cooking in the wild.

I spoke with Frisch about foraging in Central Park, repurposing Ziploc bags and her favorite memory involving honey.

You’re one of eight children. Do you think growing up in a big family where food is always cooking is conducive to creating a great chef?

Oh my gosh, absolutely. I probably attribute my skills as a chef and my interest in food to being part of a big family. Mealtimes were when we came together and I learned so much about food and discovered new ingredients and combinations and the meaning behind them as well.

So what’s your Jewish background?

I was saying to my husband last night, they don’t know I’m Jewish, because it’s not something I put out there a lot. My dad’s Jewish, my mom is British, Catholic or Christian, but without strong religion in her family. Growing up, my mom’s approach was ‘let’s learn a little bit of everything’. We did Passover a few times. Went to church sometimes.

In college, even before meeting my husband my closest friends were Jewish and went to Passovers with them as well and then met Bobby, who’s Jewish, and started celebrating traditions as well. Part of the attraction for me was that the Jewish culture and religion place food and family in a way that others don’t.

Yes, reading the haggadah and how it ties to stories of the past, it’s pretty unique, and we’re trying to raise my daughter in that tradition as well. 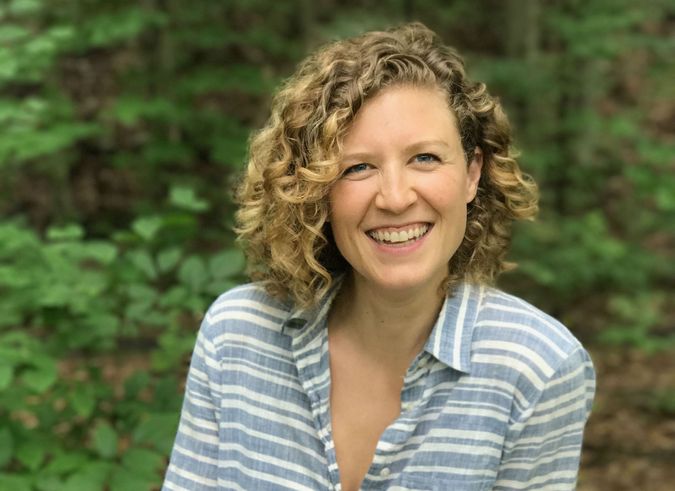 Image by Courtesy of Emma Frisch

In your cookbook, you write about how you have a hard time accepting that processed food, prepackaged shortcuts and expensive dehydrated meal packets are what passes for camping food these days. To me, it’s so interesting that all this really unhealthy food became associated with camping because camping and hiking are such healthy activities. I see your cookbook as a kind of antidote to all that. You have a recipe for home-made ketchup in there. How off grid do you suggest people go when it comes to rejecting processed food? Like crafting our Cheerios by hand?

I really try not to be too dogmatic. In the book there’s this piece of me that wants to be honest and i really do feel like when you’re getting back to nature, you need to consider that in your food. But at the same time, with cooking I always say the most important thing is that you’re cooking. It’s steps to help people get comfortable and mvoe to the next step. The extreme would be wild foraging for herbs to garnish your dish but that requires a very high comfort level and ltos of experience. The book is inviting people to try new things, making your own ketchup and mustard is in there, but if you have to buy ketchup or mustard, don’t sweat it.

No shame about processed food?

There’s something so primal about cooking outside. You wrote about how being outside heightens the senses and cultivates ideal mindset for cooking and how cooking for you is rooted on intuition and observation. I was wondering how you could tell your average amateur cook how to get in touch with our senses outside?

What a good question. Certainly being in touch with your senses around food requires practice. I think that easiest way to learn is by burning things too many times, like I rarely burn nuts and seeds when I’m toasting them now because I’ve burned them so many times and your nose cannot ignore that smell.

But I think part of it is being close to your food, which could be grabbing a buddy and having a beer while you’re watching your food, and paying attention so it starts to become second nature.

I love that you suggested using local honey because it gives you a taste of that region’s flora. Do you remember a honey you tried that was particularly interesting?

The story that pops immediately to made is I was in Jamaica, my uncle’s lived there for forty years and I went down to visit him and I took a road trip with a friend on the coast. We saw this sign painted on a wooden board that says LOCAL HONEY. We knock on this gate and no one answers. We knock again and say, “I guess we should go.” Just as we’re about to leave, this guy comes out in his pjs, he’s like, “What’s up, man? What you guys need?”

We tell him we’re here for honey.

We end up spending the entire day with this guy and his family, harvesting the honey, processing it, having 2 or 3 meals over the course of the day. They had a couple guestrooms and we spent the night. This family totally embraced us and we ended going home with their honey. It’s seaside honey, which has a really light, floral taste. My mom is also a beekeeper, on the ocean in Norwalk Connecticut.

So being in this home away from home, reminded me of my mom’s honey as well and it was just the sweetest experience, no pun intended, being embraced by strangers around a food.

You wrote that Annie Farrell taught you to “Use it up, wear it out, make it do or do without.” What’s something most people don’t repurpose that they should?

Something that’s so common it’s almost silly to mention is Ziploc bags. Most people use a Ziploc bag and throw it out and tear through boxes of them. We probably use one box of Ziploc bags a year because I wash them and reuse them. That’s a really easy place to start for people.

You know what, it’s really interesting, I feel like there’s a lot of class shame involved in reusing Ziploc bags. I was talking to this man who said his mom always reused Ziploc bags and he promised he would never reuse Ziploc bags as an adult because it was a sign of being working class.

How would you suggest your average city girl (like me) go about getting in touch with her inner outdoorsman?

An easy way to get outside is to find the nearest trailhead or park. I know a lot of cities are trying to be green and establishing trails. Just make time to spend ten minutes on a trail. Let go of all the stuff floating around your head, listen to what’s around you and tune in.

Do you think it’s safe to forage for vegetables in Central Park or would you end up poisoning yourself?

I would never suggest anyone forage if they don’t know 110% what something is.

Definitely not. Too many risks. There are some things you can’t go wrong and there are no lookalikes, but you really don’t know.

Your cookbook offers this fantasy, of triumphing over nature.

Or you know how to be with nature. There’s a fascinating phrase I heard, “penetrating the wall of green,” which meant when we look at nature, most of just see a wall of green. I’m still at this place where I just see trees and bushes and grass and whatever’s on the ground but now I’m starting to say that’s a sycamore, that’s an oak, that’s garlic on the ground. You’re getting to know these beings, these plants that are part of our world, but our culture doesn’t familiarize us with these things.

There’s a wilderness education class called Primitive Pursuits in Ithaca where they start the class with slides of parts of a logo. And the students can name all of them, Nike, McDonald’s, and then they put up a slide with parts of a life and the students can’t name them. And I’ve been thinking a lot about how to shift my own awareness of what I see outside and create awareness for my children.

So I think just taking some time to get outside and tune out and not worry about your shoes and enjoying being in your element is important.

Why You Must Try Glamping ASAP, According to Emma Frisch