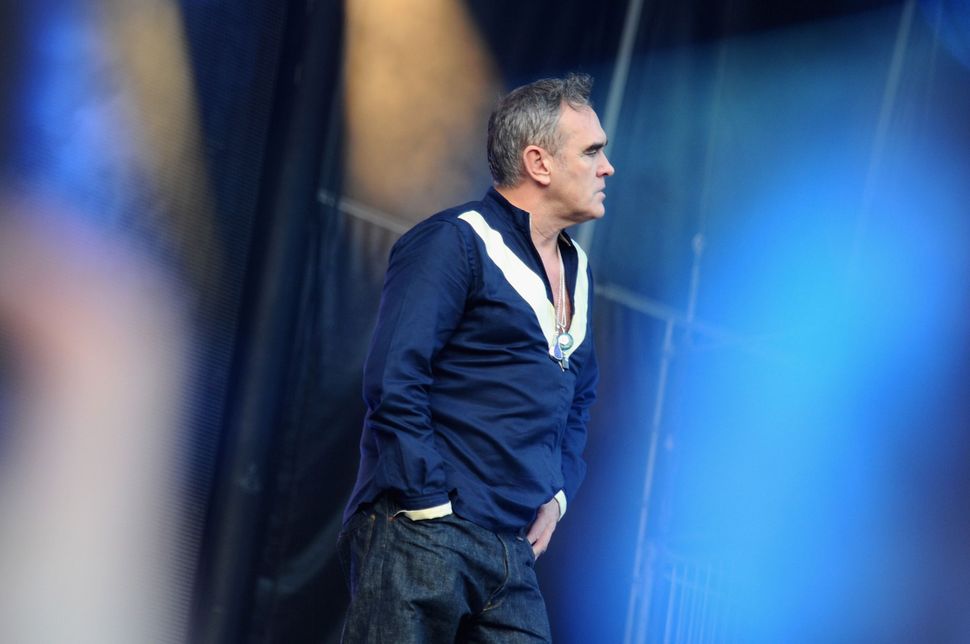 The man, the myth, the militantly vegan legend.

Pop singer Morrissey of the Smiths fame doesn’t speak to the press anymore. So when he posted an interview on his own site, www.morrisseycentral.com, viewers rushed to see what kind of unhinged things he said and were rewarded with talk of Brexit, the debauchery of London and calls for a ban on kosher food.

Interspersed between images of animals bleeding gruesomely to death was the singer’s rants on the cruelty of halal and kosher slaughter, comparing the term humane slaughter to humane rape. “It, too, must be banned,” said Morrissey of kosher food, in addition to halal. “If you use the term ‘humane slaughter’ then you might as well talk in terms of ‘humane rape.’ People sound very stupid when they mention ‘humane slaughter.’”

Jewish slaughter has, in Jewish tradition, been viewed as a humane way of slaughtering animals. The animal is meant to be slaughtered as quickly as possible to save it from pain. Jewish groups repeatedly cite the hypocrisy of these policies, saying that kosher bans often lead to further anti-Semitic policies.

While Jewish slaughter has been suspect in the past, “when the cut is done correctly, the animal appears not to feel it,” Temple Grandin, American professor of animal science and consultant to the livestock industry on animal behavior famously wrote.

But Morrissey clearly has other ideas.

“Nothing I say is provocative,” said Morrissey. “They are just facts.”