A Healthier Sweetener From The Land Of Milk And Honey 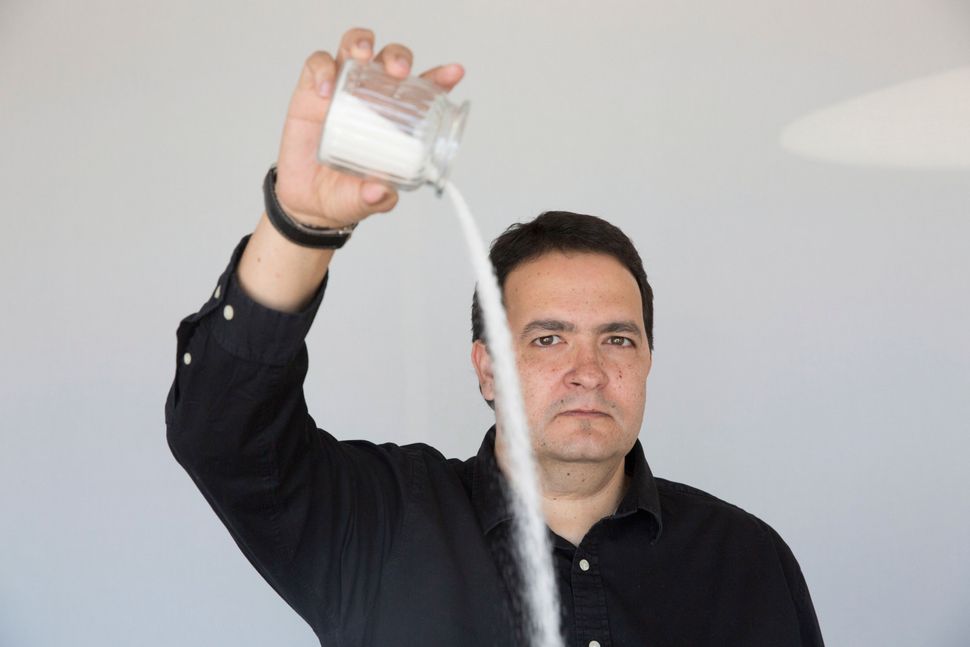 Jews and sugar substitutes go way back; Sweet ‘n’ Low, possibly the mother of all artificial sweeteners, was created by the Eisenstadt family in the 1950s.

Now comes word that an Israeli company is sweetening the pot. Heylo, a Tel Aviv startup, is unveiling an all-natural “patented sugar alternative” that promises all the decadence with none of the damage that sugar – and even substitutes — may inflict.

In fact, his own diabetes spurred founder Yuval Maymon to create Heylo, a powder made of organic stevia and sap from acacia trees, a common shrub in Israel that gets name-checked in the Torah.

An entrepreneur who built Israel’s 50-store Aldo gelato chain, Maymon received his diagnosis in 2009 – the same year Aldo was set to hit the US. “I couldn’t keep lying to myself,” he told the Forward. After selling what he calls his “sugar businesses”, Maymon became obsessed with sugar substitutes. What he learned wasn’t good. “It’s all a fake,” he said. “People can’t trust the traditional sugar alternatives. Splenda is more than 95% is sugar. They call it dextrose, which has double the glycemic index of white sugar.”

Seven years and 700 lab trials later, Maymon’s creation is set to hit the market. Heylo, he claims, is the first sugar substitute with “zero glycemic value, no chemicals or hidden sugars, no alcoholic sugars, and no negative effects upon the gut.” The reason: Heylo doesn’t contain polyols, the alcoholic sugars common to many sweeteners. The product’s also certified Badatz kosher, he said.

By the end of this year, Maymon plans to offer Heylo direct to consumers through its own web site. A wholesale arm is already selling the product to “major food and beverage” companies, according to a spokesperson. The company’s goal: To become the non-sugar sweetener of choice in everything from energy bars and soft drinks to peanut butter and ketchup. Heylo may face an uphill battle; the $1.7 billion artificial-sweetener market is dominated by agribusiness and giant food packagers, according to a 2017 report.

Maymon’s ready. “Israel is a start-up nation, and our core team is all Israeli. We have the chutzpah and fierce determination to go head-to-head against the sweetener giants,” Maymon said. “Just like David and Goliath.”

A Healthier Sweetener From The Land Of Milk And Honey