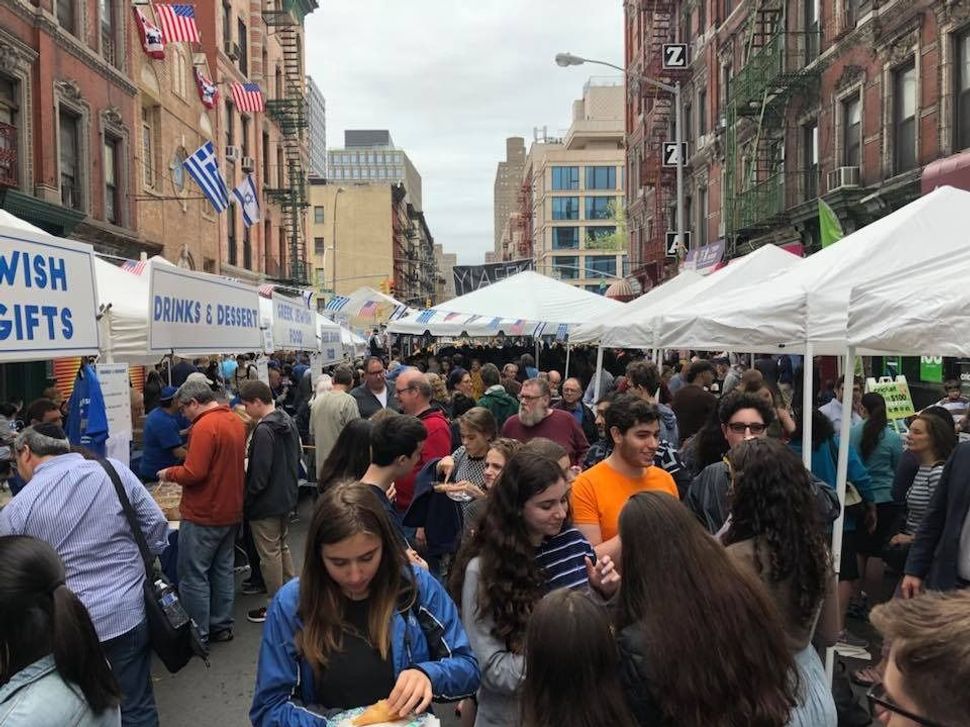 In front of 280 Broome St, the Greek Jewish Festival attempted to preserve a forgotten culture. The sounds of a lute and the dulcet tones of Daphna Mor blasted through the streets. Some space was partitioned off for particularly enthusiastic participants to jump in and dance. The festival was in full swing.

From a map of Greece posted on the wall, inviting passersby to label where their ancestors were from, to a list of Greek Jewish proverbs (“get married and your misery increases” was one of them), this was a celebration of the distinct culture of Romaniote and Sephardic Jews.

It’s the only festival of its kind in the world. Organized by the synagogue Kehila Jedosha Janina (the only Romaniote synagogue in the Western Hemisphere and an NYC-designated landmark), the event boasts an outdoor marketplace filled with vendors hawking their wares, which are anything from membership to the Greek Jewish and Sephardic Young Professional network to a luscious, juicy fresh pickle, still glistening with brine.

“There’s no better way to spend a Sunday afternoon than celebrating the culture and beauty of Romaniote and Sephardic Jews,” said Marvin Marcus, president of KKJ. The festival offered bourekas, spanakopitha, Greek salads, and baklava. The baklava was sweet, dripping with honey and festooned with nuts.

From the time of Alexander the Great, there have been Romaniote Jews making history in Greece, for a period of over 2,300 years. Sephardic Jews are a collection of Jews who settled in Greece after being expelled from Spain in 1492. “I have seen the Festival act as an in-gathering of our community,” said Marcia Haddad Ikonomopoulos, Museum Director of KKJ.

In an attempt to preserve the cuisine, lifestyle and mentality of an under-acknowledged Jewish tradition, the festival seems to have been a roaring success. 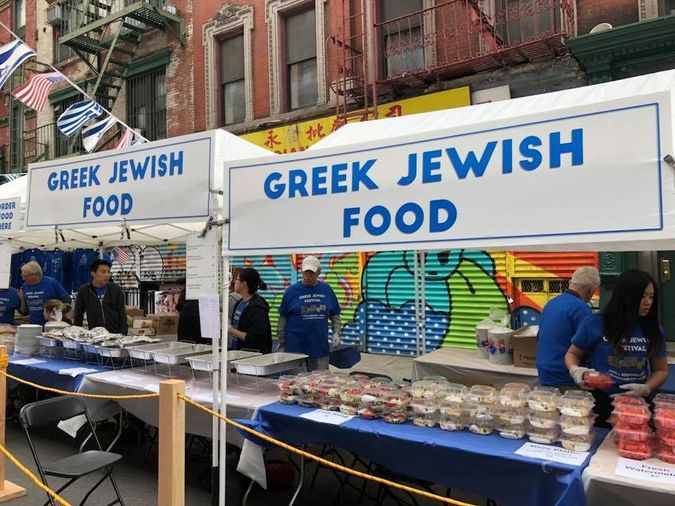