Is The Next TV Food Celebrity A Chabad Rabbi? 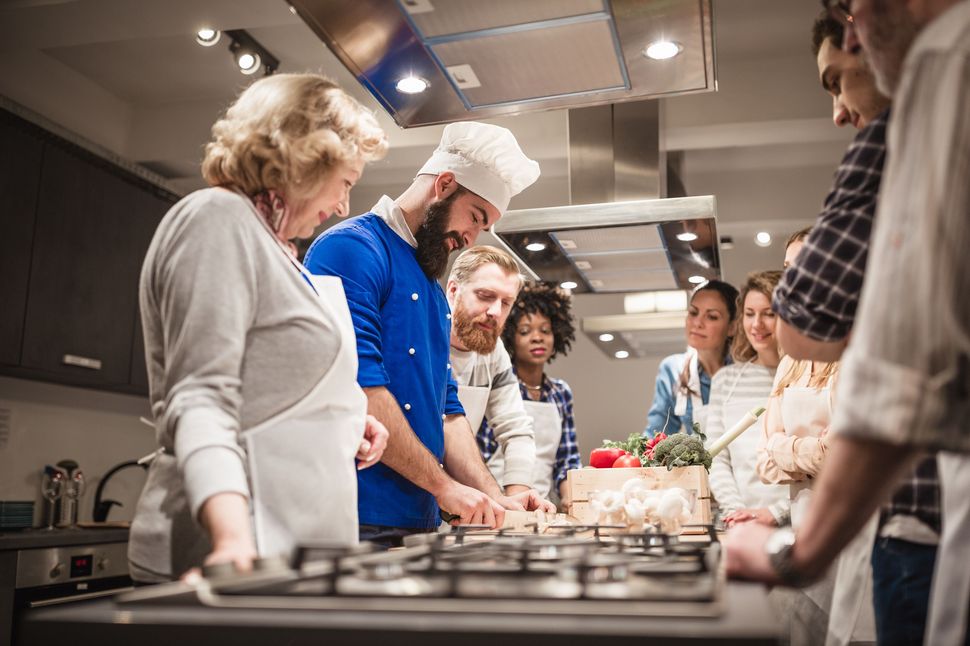 Much has been made of just how food-centric Judaism is. From latkes on Chanuka to the requisite cheesecake on Shavuot, Judaism can and will make you fat. That’s why ‘how to cook Jewish food’ is such a hot button topic, why the Jewish cookbook market is so saturated (thank God or I’d be out of a job) and why your local Chabad chef is performing a live demonstration of how to cook gefilte fish on live television.

From Rabbi Chaim Lazaroff of Houston, Texas, who had a segment on FOX 26 Houston to Rabbi Avremi Zippel, the program director at Chabad Lubavitch of Utah, who made an appearance at his local station, these Chabad rabbis are headed to the small screen.

Chabad Jews are hoping their televised food efforts inspire more Jews to light Shabbat candles or cook Shabbat dinners. “We are in the business to promote Judaism in a way that is accessible, fun and educational,” a rabbi told NPR. “If I can inspire one person to light the candles, it’s worth one night of non-sleep.” The ChabadOne PR team “have placed nearly 450 spots in 43 media markets,” COLive, the Chabad news service, glows.

While other ultra-Orthodox sects make an effort to keep women off camera and out of the public eye, Chabad encourages women, like Rebbetzin Dena Schusterman, mother of eight, to book spots on TV. Schusterman cooked charoset (the traditional mixture of apple, nuts and wine for Passover) in a segment ON WSB-TV that aired Saturday morning on March 26, 2018. She didn’t watch the segment when it aired, but that didn’t mean it didn’t resonate with disenfranchised Jews.

Check out the full segments here:

Is The Next TV Food Celebrity A Chabad Rabbi?