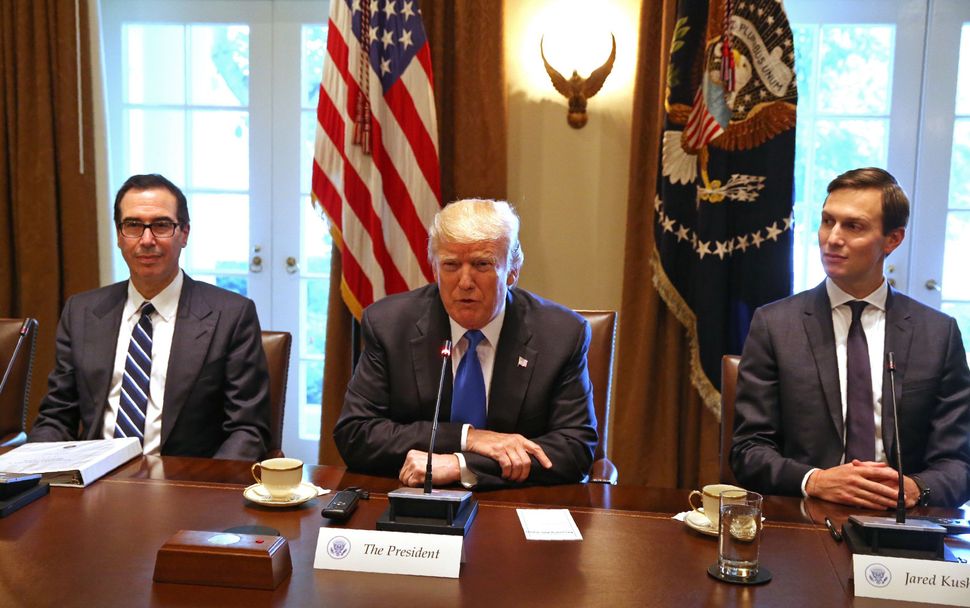 He might be a millionaire 300 times over, but he certainly doesn’t drink like one. The Secretary of Treasury headed over to Jared Kushner’s house for a weekend hang, the Daily Mail reports, and brought along a 2015 Arbalest Red Bordeaux Blend.

This [non-kosher] wine is a red blend (81% Merlot, 14% Cabernet Sauvignon and 5% Petit Verdot) from Bordeaux, France, that is best drunk between 2020 and 2026, according to CellarTracker. Methinks Mnuchin and Kushner might be popping bottles a little too early. The bottle has a picture of a man with an Arbalest, which is a kind of 12th-century crossbow. Crafted by Benoit Touquette, emerging from Bordeaux’s famous Right Bank, this wine is a cheap choice for a millionaire but a decent one for us regular average Joes. ‘Black cherry fruit, chalky minerals, finely-grained tannins and invigorating acidity,’ anyone?

Buy it for your Shabbat dinner and drink a l’chaim to the destruction of American democracy, just like Mnuchin and Kushner probably did.