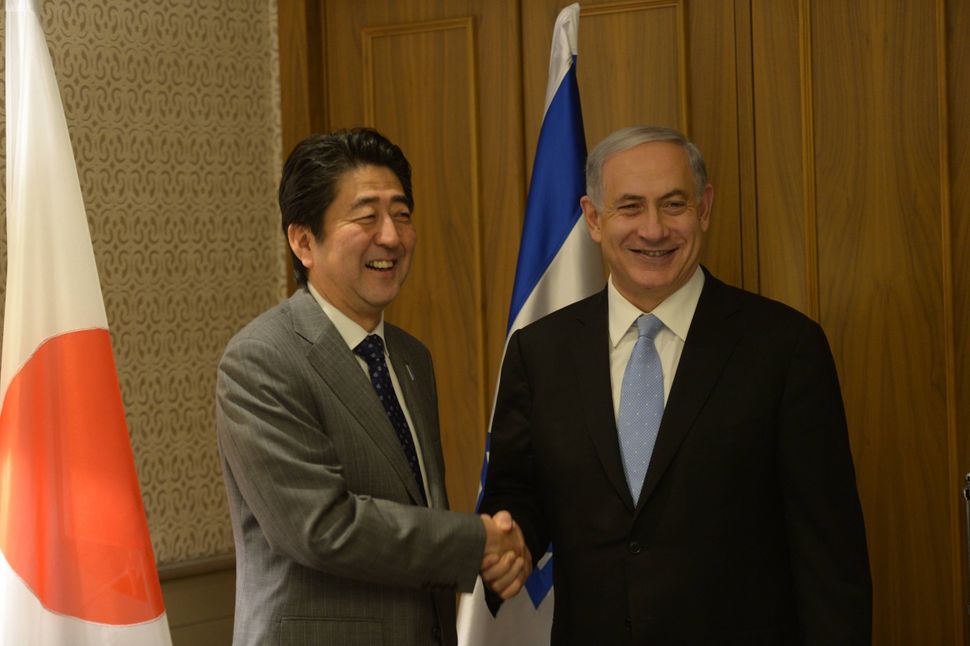 When it comes to food, Israel likes to stay on the cutting edge – most of the time. Occasionally there’s a misstep, like dessert hummus. Sometimes there’s a miscalculation, like tahini martinis. And every now and then there’s a diplomatic disaster with repercussions that may reach far beyond the food world.

What happened to Israeli celebrity chef Moshe Segev was the latter.

When he prepared dinner recently for Israeli Prime Minister Benjamin Netanyahu and Japanese Prime Minister Shinzo Abe, he did it an unexpected way: Chocolate pralines served in a man’s brogue were offered to the pair of prime ministers. Multiple images of the avant garde dessert were shared on the excited chef’s Instagram.

In Japan, shoes are taken off at the door of most private residences, as well as upscale restaurants. According to JapanGuide.com, “A clear line is traditionally drawn between inside and outside, and outdoor shoes and indoor slippers are handled accordingly.” Clearly serving dessert within a show is not de rigeur for a Japanese Prime Minister, but he posed for pictures affably enough.

The Israel Foreign Ministry was forced to release a statement on the matter. “We respect and appreciate the chef. He is very creative,” the ministry said.

Netanyahu is meeting with Russian President Vladimir Putin. What will be served there? The free world ladled into a fox fur ushanka?