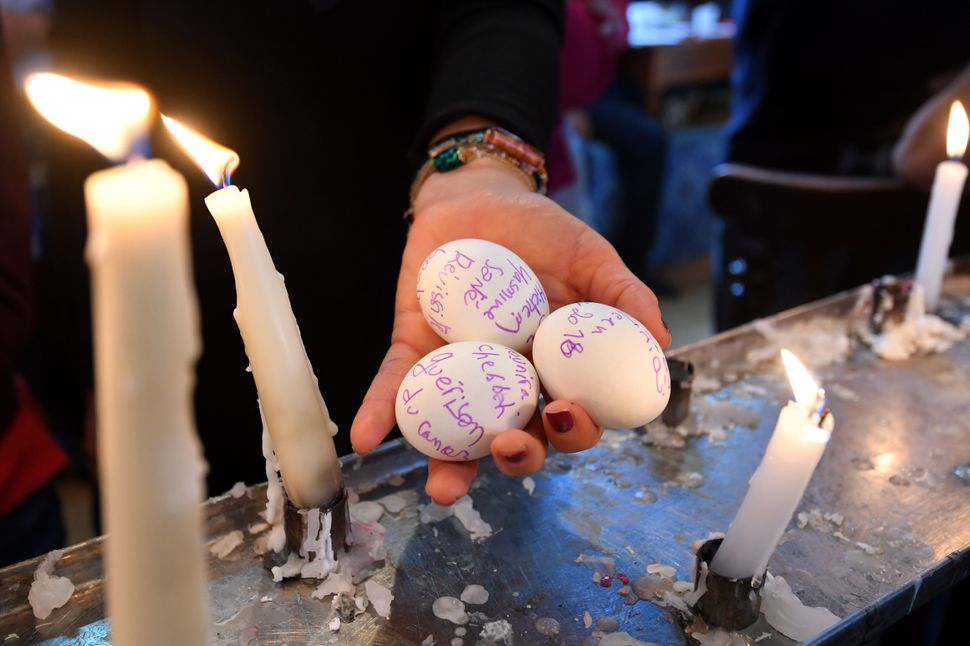 If you’ve never written your hopes for the future on an egg to take the oldest Jewish synagogue on an annual pilgrimage in Djerba, Tunisia — maybe it’s time to try it.

As Reuters recently reported, Jews and Muslims alike carried candles and inscribed eggs together to celebrate Tunisia as a country of freedom and coexistence, on the recent Jewish holiday of Lag B’Omer. (The eggs are then stored in a cave under the Ghriba synagogue, adhering to an age-old Tunisian Jewish tradition). North African Jews have lived in Tunisia since the time of the Romans. Little by little, many emigrated, either to Israel after 1948 or for France or Israel after 1967. There are now a scarce 2,000 Jews living in Tunisia – but they aren’t going it alone.

Dozens of Muslims participated in the recent Jewish ceremony as a sign of solidarity.

“I’m here to share rituals with my Jewish friends in new Tunisia of tolerance, coexistence and freedom of belief … Every one has his religion, but we have many common points; the flag, love and peace,” a Muslim woman named Cyrine Ben Said told Reuters.

Security might still be tight in Tunisia, after an incident where petrol bombs were thrown at a synagogue in Djerba, where most Tunisian Jews reside. Despite this, Jewish or Muslim, it seems Tunisian citizenhood is being celebrated in Djerba, so grab an egg and scribble on it your hopes for world peace, in Tunisia – and everywhere else.