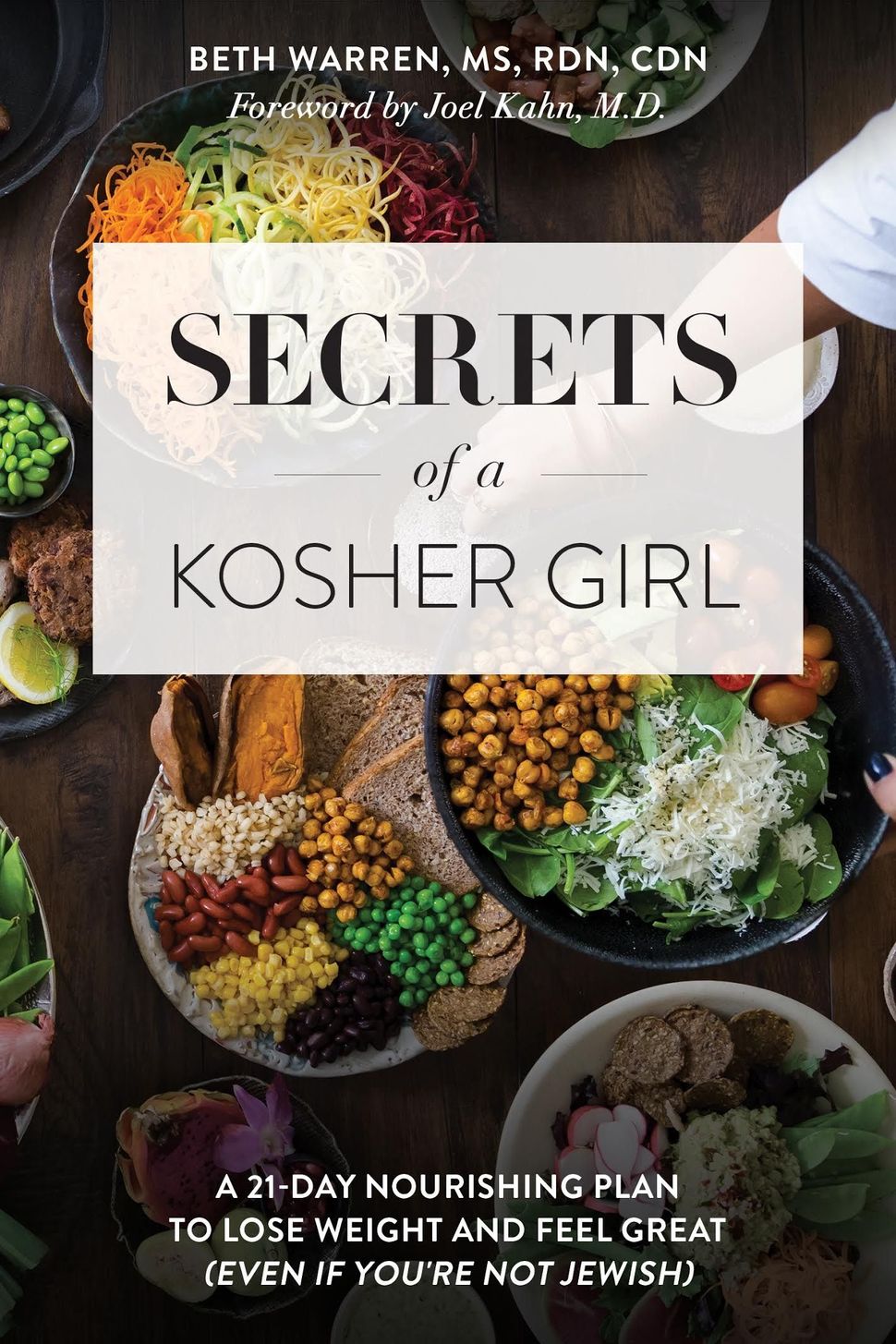 Image by Courtesy of Beth Warren

When I first saw Beth Warren’s new cookbook, Secrets Of A Kosher Girl, it looked to me like the kind of book that could’ve easily been published twenty years ago. In the food world, diet foods and books are passe these days, with people focusing more on a “health first” philosophy that welcomes different kinds of bodies.

Yet the Orthodox community is still stuck on weight. An infamous editorial in The Jewish Press laid the groundwork for attitudes towards legislating female bodies for the purpose of getting them married off. “There is no reason in today’s day and age with the panoply of cosmetic and surgical procedures available, why any girl can’t be transformed into a swan,” matchmaker Yitta Halberstam wrote. She later added that “It is no crime for a young woman in shidduchim to enhance her appearance; in fact, it is probably an imperative.”

Why is the Jewish world still stuck on an old-fashioned interpretation of health, conflating thinness with beauty, and all the ensuring complications of occupying a female body in a world designed to appeal directly to men?

Secrets of A Kosher Girl seems to be 288 pages of weight loss stories and workout plans and lists of foods to seek out and foods to avoid. Using kosher to push a weight loss agenda seemed like a particularly niche purpose for a book. In a world where women are made to feel inadequate in every respect, but especially when it comes to how they look, where does this book exist on the spectrum of weight loss and health assists? Can a diet book ever do any good in the world, or, more specifically, in the Orthodox world, where women already face tremendous pressure to look a certain way?

I spoke to the author, Beth Warren, MS, RDN, CDN, about the impact of her revealing her kosher weight loss secrets. 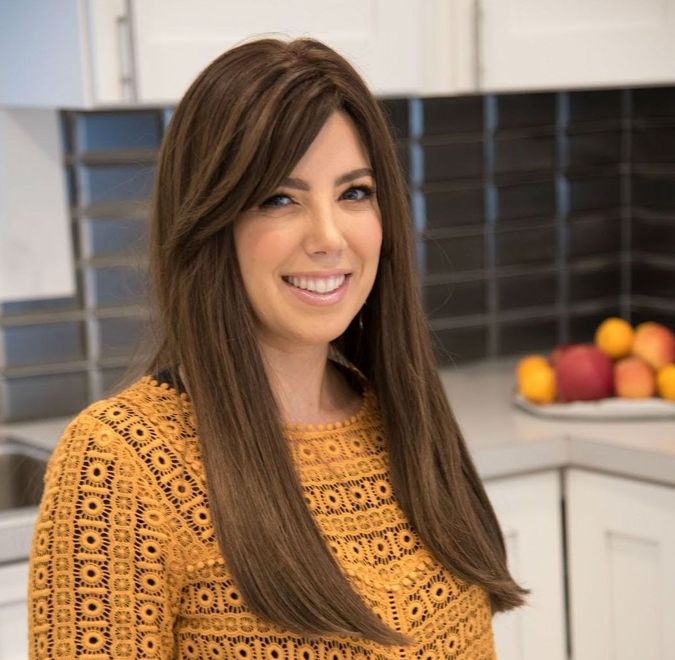 Shira Feder: As per the title of the book, how can being kosher help everyone, not just Jews?

Beth Warren: Being kosher can help anyone because the lifestyle teaches you how to be more mindful and aware and appreciative of the foods you’re putting in your mouth. That’s something we can all learn about eating right and eating healthy because those are pretty important mindful eating techniques. And these mindful eating are proven when it comes to weight management, long-term.

What are some mantras for mindful eating?

Which guilt are you referring to?

One major aspect of mindful eating is after the fact you want to not leave with feelings of guilt. It should be a positive experience. Eating mindfully means no food is ever a bad food or a food you can’t have or a food that’s not allowed ever so you’re eating because you know what you’re doing and you want it and you want to enjoy it.

A lot of times we’re eating and feeling guilty as we’re eating because this isn’t something I’m supposed to be eating or I’m overeating or I don’t even want this right now and if you were eating mindfully, those thoughts would never come into your head.

Who is this book designed to help?

It’s supposed to help people who are just feeling very defeated when it comes to bettering their health overall or help them lose some weight in the way that they need. It’s meant for people who, for health reasons, do need to lose a little weight but they’re never successful because of other variables that come into play which have nothing to do with food.

My target [audience] is people who’ve had it with the dieting world and just need something to work.

I am personally of the opinion that books like this do more harm than good. To a fat little girl who sees the cover of this book, ‘how to lose weight and feel great,’ all she’s going to think is oh, there’s something wrong with me. I have to spend money and make myself better. How do you respond to that criticism?

It’s a great question. Coming into the field with a medical background —

What is your medical background?

I’m a registered dietician and I have a master’s degree in nutrition, so because of that I always felt like the whole idea of dieting being focused on you can’t this or that always bothered me. I didn’t want people to feel like there was something wrong with the fact that they wanted to lose weight.

At one point the title of the book was ‘Dieting With A Kosher Girl.’ We all fought that.

Losing weight is just a natural aspect of finally getting down and eating right.

I’m not shaming. I’m loving the non-diet movement, I’m loving the move towards mindful eating, I’m all for it, I’ve been seeing this forever, but I don’t want to shame people who have a goal to lose weight in a healthy way. Obesity is a health risk in life and I want to be very careful not to shame that either.

I don’t think anyone is shaming people on diets. It’s just that no one is on a diet in a vacuum. If a woman is on a diet, chances are societal forces and cultural pressure and all that has come together to put her on that diet. It’s kind of impossible to say I’m on a diet for me, when it’s convenient that being thin happens to be what appeals to American society right now.

Medically, healthwise, they have to lose some weight. When you go down in weight 10%, your blood pressure improves, your diabetes improves. So it’s more coming at it from a health perspective than in the I need to make you lose weight way. Does that make sense?

I’m all for the idea of feeling confident and respecting your body and valuing what it does physically, like I have five kids. Like the stretch-marks, all that stuff, I just remind myself, look at what it’s accomplished. I never want people to ever compare themselves with someone else. I get them to focus on the fact that this is what God gave you.

I think everyone should try to be healthier. Like, oh, you’re telling me to have a treat a week so I can learn to be around a piece of cake? Yeah, oh, wow, that’s great! It’s a more liberal way of thinking that totally embraces that movement.

Do you think the Jewish world’s been slow to accept body positivity?

It’s an issue, it’s a very big issue, but I do see movement towards it. A lot of the Jewish publications are starting to talk less about diet and more about mindful eating…

I always think we’re like eight years behind, the Jewish population, especially the more Orthodox, and I’m starting to see hints of that. It’s still a major issue and it’s not out yet, but that’s why I’m in the role I’m in.

Secrets of A Kosher Girl is out June 5, from Post Hill Press.

While you’re channel surfing tonight (does anyone do that anymore?!) checkout my new cooking video as a guest on @naominachman show on @kosherdotcom showing you all the step-by-step process of cooking a unique spin of pareve yebrah (stuffed grape leaves) Trust me, when we get together you don’t want to miss it (you’ll see why with the sneak peak of bloopers on my instastory now ?) Link in bio ?? Ring Bling by @Adinas.jewels

Shira Feder believes you should eat what makes you happy. You can reach her at feder@forward.com