Juices And Acai Bowls Are Hot Now In Orthodox Brooklyn 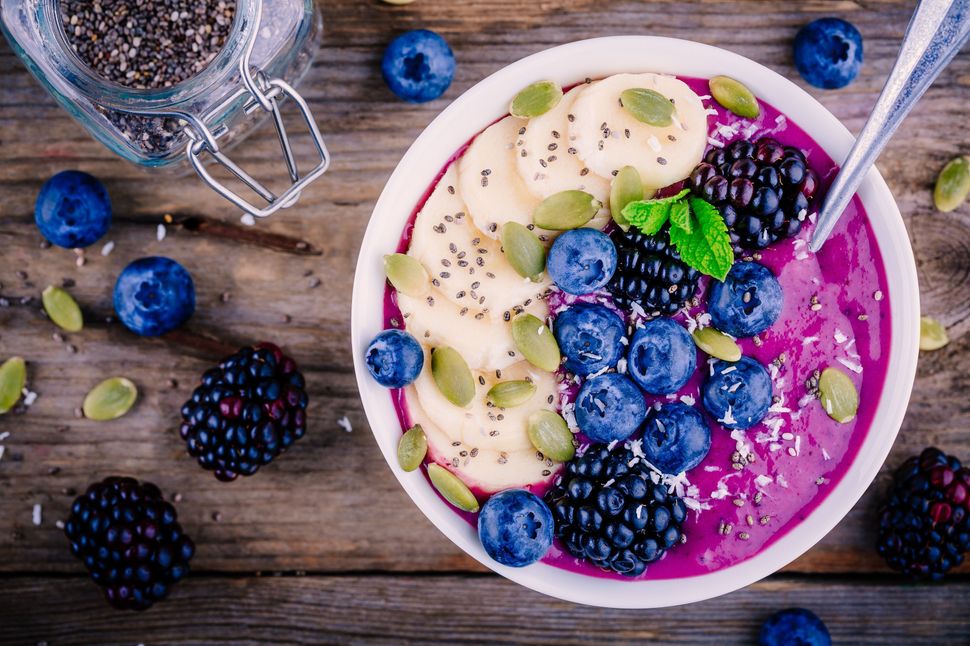 Come to Brooklyn, all you who are malnourished and dehydrated, and Re:Juicebar will give you smoothies and acai bowls. If you’re a fan of fruit eaten with a fork or straw, it might be time to head to Flatbush, where kosher juices, filled with unexpected delights like cucumber, spinach, celery, pineapple, carrot, orange, pomegranate, grapefruit, and more are to be found.

As per their Instagram, it looks like they’re giving out hats in the store, so you might want to head over so you can be a walking, talking advertisement for a kosher juicebar.

While Re:Juicebar isn’t exactly the first of its kind in Brooklyn, where kosher places like Meraki and The Juice Theory abound, it is a welcome addition to the pantheon of Jewish juiceries.

Shira Feder is a sucker for a mango smoothie. She’s at feder@forward.com

Juices And Acai Bowls Are Hot Now In Orthodox Brooklyn