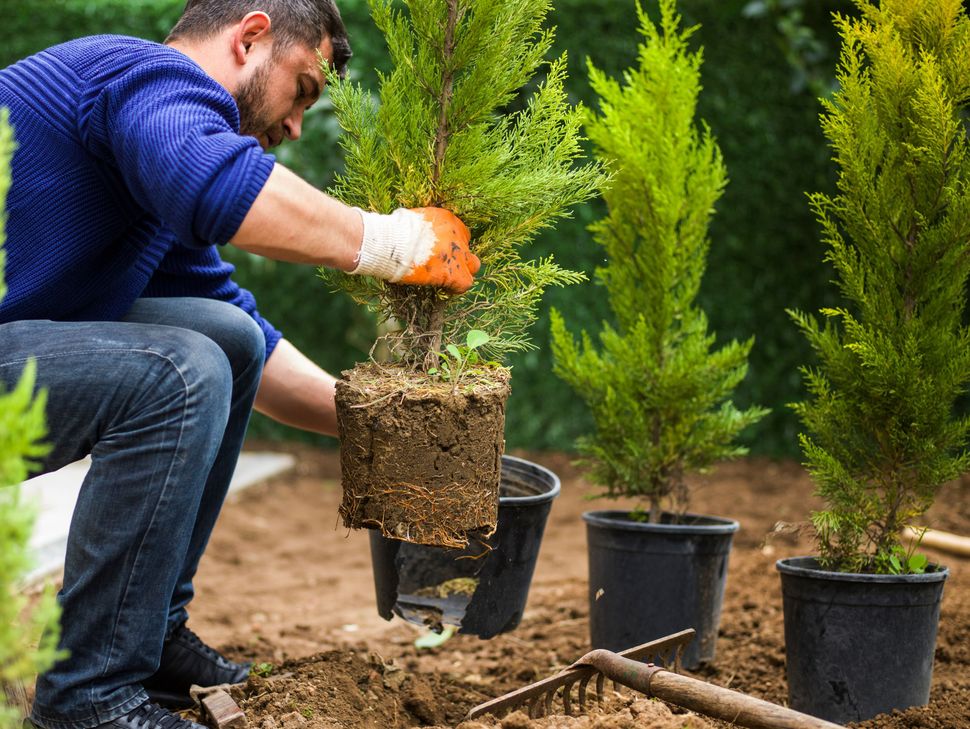 Ask any Jewish elder what Tu B’Shvat is and you might get a confused glance. But ask any younger coastal dweller with a Twitter handle, and they might be able to tell you: it’s an agricultural New Year’s Day for the trees, and the people who appreciate this holiday are trending younger and younger.

Akin to the American Arbor Day, in which people are encouraged to plant trees, Tu B’Shvat is an ancient holiday that once marked the start of spring. Now the younger and more ecologically aware are breathing new life into it as an eco-friendly holiday, complete with a Kabbalistic tradition of having a sit-down meal, or seder, with fruit and wine and thank you’s to friends and fellow trees.

So who is celebrating it? Google Trends show that people are searching Tu B’Shvat in coastal areas more than anywhere else, areas filled with what FOX News would call ‘liberal elites.’ And Jewish non-profit Hazon is capitalizing off the trend, offering a Tu B’Shvat Haggadah bent on reinterpreting tradition into social justice. The American-based Hazon has taken its cue from places like the Israel-based Livnot, a holistic inspiration center that publishes a yearly Tu B’Shvat haggadah as a guide for seders, and The Jewish National Fund.

According to Rabbi Isaiah Rothstein, Hazon’s rabbi-in-residence, “during Temple times in the land of Israel, the Jewish month of Shevat carried significance as the tipping point for the rain-season. During the times of the Talmud, the holiday signified the celebration of the trees.” In Jewish tradition, people have a responsibility to the land, and Tu B’Shvat, the fifteenth of Shvat is a celebration of that.

Mike Tintner is a Teva educator, who has worked at Isabella Freedman, a 400-acre forest retreat in Connecticut belonging to Hazon. In the past Tintner, who is no stranger to activism, created a documentary on Standing Rock and the Dakota Access pipeline protests.

“What I like about Tu B’Shvat is that it’s for the trees,” says Tintner. “It talks about plants’ rights and how we as a humans have an obligation to take care of the plants, and not just use them.” This Tu B’Shvat will fall while Tintner is on a road trip in Florida, but he’s planning to celebrate “by spending time with trees.” “I don’t think you can really separate social justice and environmentalism.”

Having Tu B’Shvat seders is becoming de rigueur among a subset of environmentally aware Jews. A Tu B’Shvat seder is a sit-down meal, held with friends, in which everyone eats at least one food of the seven species native to Israel, which are wheat, barley, grape, fig, pomegranates, olives, and dates. The Chabad of Park Slope has been known to hold these seders, and the Manhattan Jewish Experience is holding one specifically for people in their 20s and 30s.

“I appreciate that it’s a holiday that brings nature into focus,” says Deanna Goldner, a social worker who is going to a Hazon Tu B’shvat seder because she is curious. “I don’t think there is any other holiday like that.” For Goldner, who found herself attracted “to how connecting with nature can make us feel more spiritual,” the prospect of eating a full meal with thought and intention was intriguing.

Tintner recalls having a seder when he lived in Safed, Israel, in which he spent the night trying different fruits, all native to the area. “It’s important to eat foods local to the area you’re in,” says Tintner. “Acknowledging that the land you’re actually on is holy and sacred. It amplifies not one tree or species, but trees as a whole.”