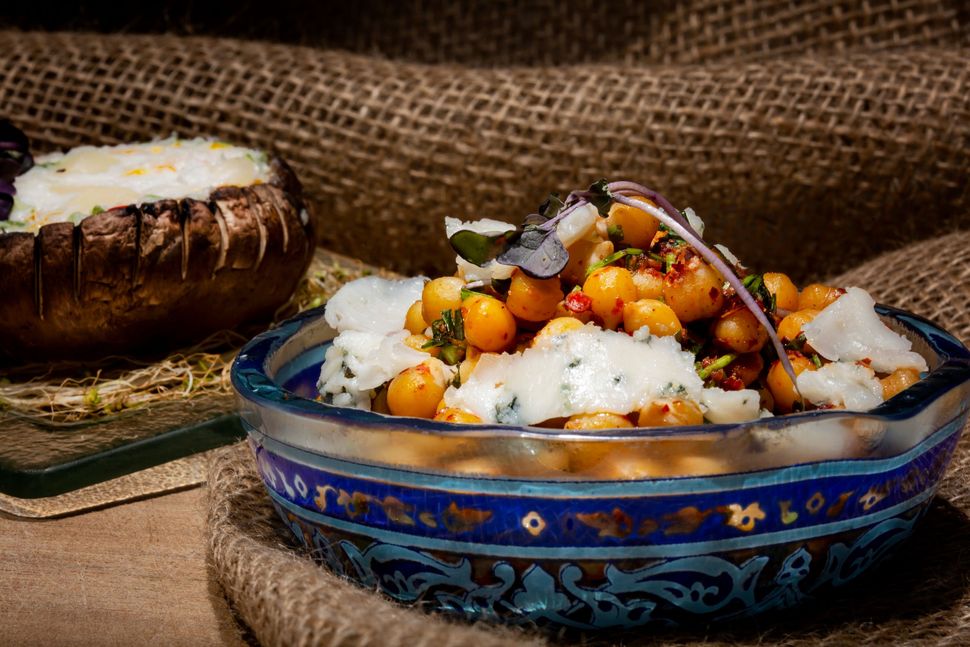 The Israeli culinary migration to New York is continuing apace. What was originally planned as a pop-up for a few months, starring Chef Nir Tzuk, is turning into a new restaurant in every way. To be called Arba, it will open in early February in the Upper West Side, and is now in final preparations for its launch.

The idea to open the restaurant came from a New York entrepreneur who for the time being says she wants to keep a low profile. What is known now is that she markets gluten-free flour because she has celiac disease. She visited Israel a few years ago and dined at Tzuk’s restaurant. At first she proposed that Tzuk come to New York to open a pop-up, but the idea soon morphed into a real restaurant. “We won’t declare that the restaurant is gluten-free, but that’s what it will be,” Tzuk says.

Arba will open its doors on the corner of Columbus Avenue and 83rd Street, where a bagel restaurant once was. Tzuk says there’s no hidden meaning in the name, he simply liked it.

I met Nir Tzuk at the restaurant last week, and without a doubt there’s a lot invested in this eatery, with place for 50 diners and a large kitchen. Tzuk says that people who ate at his restaurant in Israel won’t be surprised at the menu, which will be very seasonal, with lots of fish and vegetables. Among the fish will be white grouper, red mullet, Spanish mackerel, salmon and tuna. There won’t be any meat. The tasting menu will change weekly. In the morning, gluten-free baked goods will be sold.

“This will not be an Israeli restaurant but a Mediterranean restaurant,” Tzuk says. “I have a feeling that people here are looking for food that has lots of vegetables, fish, olive oil. It will have the tastes that are cool in Israel without the cliché of hummus, fries and salad, although that makes more money,” he adds. Nevertheless, a look at the menu reveals there is hummus, too.

And the prices? A tasting meal will cost $59. Tapas will cost about $10 each and a main course will run around $25 dollars.

When I visited the restaurant, they were experimenting with cakes. We tasted a mascarpone cheesecake with glazed lime, blood oranges and pistachios. Another work in progress in the kitchen was chocolate mousse in marshmallow. It was tasty, but Tzuk thought there was room for improvement. The baker was not so pleased with his comments.

There are a few restaurants with Israeli connections in the area where Arba will be opening, which are trying to draw the local Upper West Side crowd, many of whom are Jewish and quite a few are Israeli. There’s Gazala, the Druze restaurant owned by Gazala Halabi, originally from Daliat al-Carmel, and Tuvia Feldman’s Bustan, whose chef is Eli Buliskeria. A restaurant that closed after a fire and will apparently reopen next month, Kirsh Bakery, is a restaurant-bakery owned by Dan Kirsh. Not far from there, another branch of Eyal Shani’s Miznon is to open.

Tzuk currently operates the kosher restaurant Mapu in Tel Aviv, does catering and prepares chef’s meals at his home in old Jaffa.

“In Israel it’s almost impossible to make a living from the restaurant business. But that’s true for farmers and car repair shops, too” he says. “The fact that Bibi [Netanyahu] says that the economy in Israel is flourishing doesn’t mean it’s right to believe him.”

This article originally appeared in Haaretz on January 20, 2019.