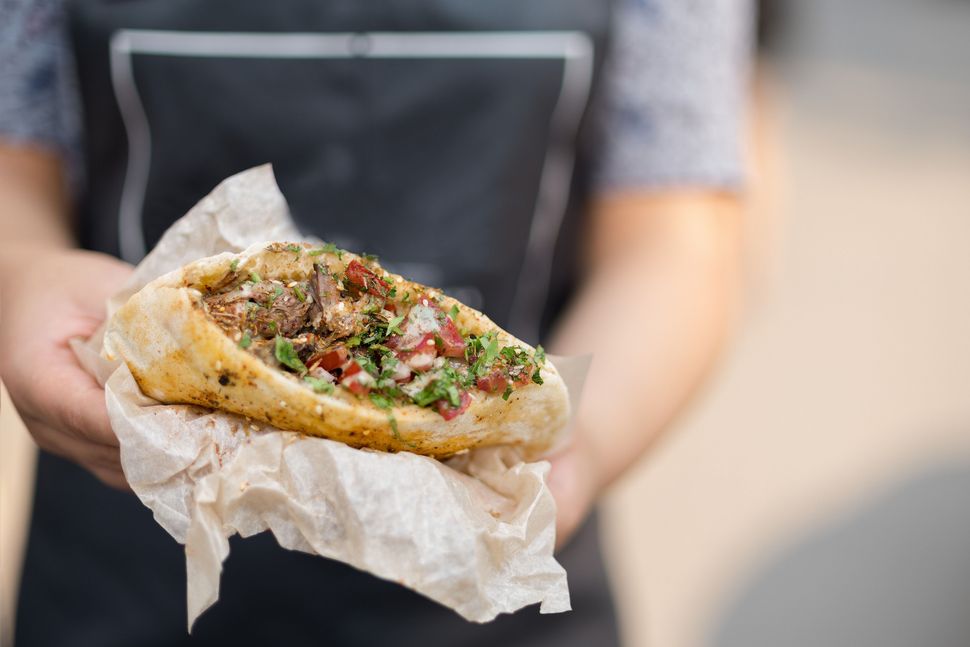 A phenomenon in Israel, celebrity chef Erez Komarovsky has now turned his sights from Israel’s food scene to Manhattan. After achieving unprecedented success in Israel, with his Lechem Erez bakery stretching to 30 locations, Komarovsky has decided to open up a 50-seat restaurant in Union Square called Mint Kitchen.

Before local ingredients and unexpected flavors were de rigueur, Komarovsky, who studied in Paris’ Le Cordon Bleu, planned his meals by the harvest seasons, and he is bringing this ethos to Manhattan. At Mint Kitchen, nothing is fried. The bread, surprisingly, is minimal. There is a punch card system, where for every ten punches a meal will be donated to a family in need. From shrimp kebabs to pine nut matzo ball soup, both on the menu at Mint Kitchen, it seems Komarovsky has done it again.

At the height of his fame in Israel, Komarovsky left his post at the helm of Lechem Erez, choosing instead to give cooking workshops near the Lebanese border, reveling in the relative anonymity it afforded him. Throughout his career, Komarovsky has always done the unexpected. As Saveur reported, at the age of 25, while writing a column for an Israeli newspaper, “he published a recipe for suckling pig that ran on Yom Kippur.” He, in his position as Israel’s foremost bread artisan, pushed the government to allow the sale of bread during Passover. Most famously, during the second Intifada, when most Jews avoided patronizing Arab businesses, Komarovsky came to Nazareth and collaborated with Arab chef chef Duhoul Sfadi for a dinner, setting the stage for a cultural exchange.

His Instagram is a melange of colorful fruits and vegetables, with the occasional photo of a grinning diner sprinkled in. It is difficult to tell which dishes will be featured in Mint Kitchen and which are just experimental, but Erez Komarovsky likely intended that.