What On Earth Is An ‘Amalek Kugel’? 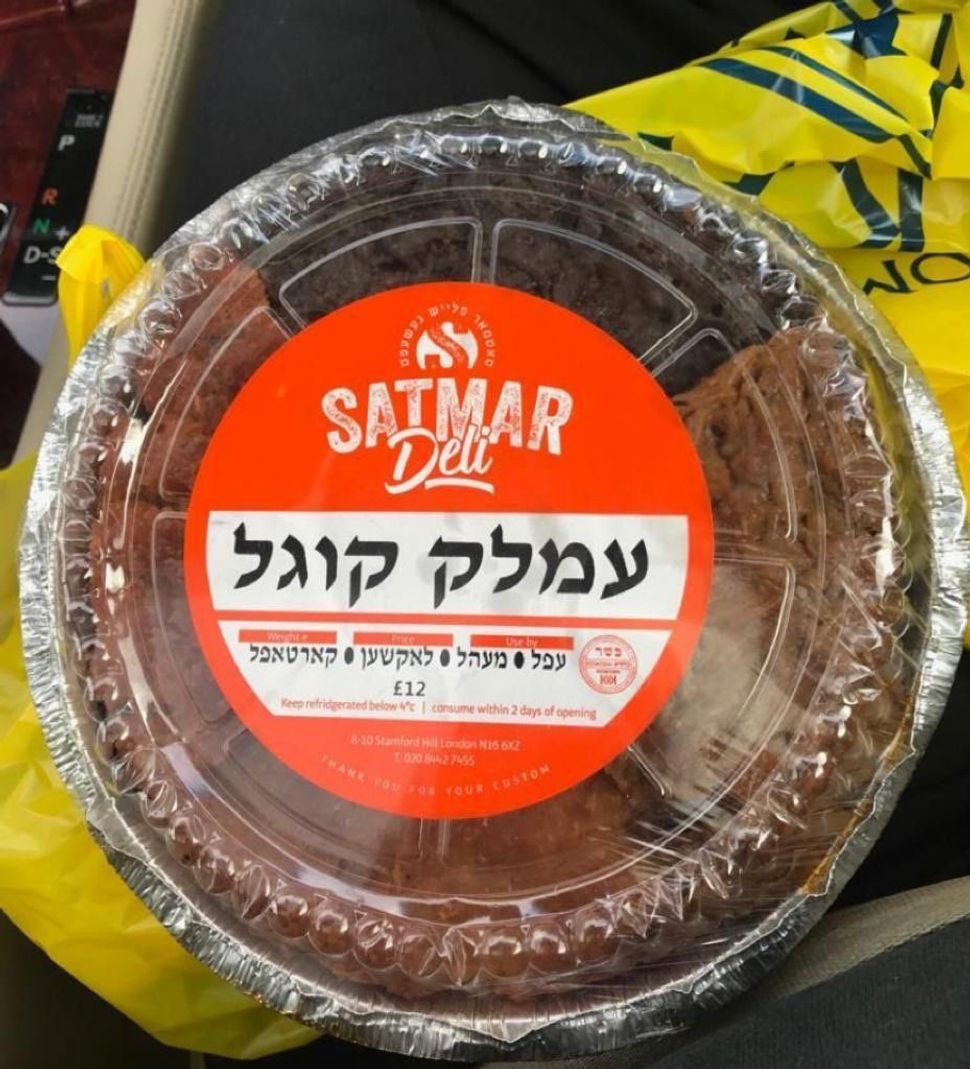 Shul was packed last Shabbos – not because of a bar mitzvah or aufruf, but because on the last Shabbos before Purim, Shabbat Zachor, we read the short passage that commands us to ‘erase’ our bitter enemy – the people of Amalek whose most famous descendant was Haman, the antagonist in the Purim story who instigated a plot to kill the Jews.

Because all Jews are commanded to hear this passage read on Shabbat Zachor, there are more men and women in shul that day, and as a result, lots of kids too. As a favor to latecomers who might have missed hearing the passage, our rabbi repeated it after the service was over.

At the kiddush afterwards, as I munched on some cholent and potato kugel, my friend, Shani, asked me if I’d ever heard of an “Amalek kugel”. I replied that I hadn’t and she told me that she herself had just discovered that among Hasidim both here in the US and in Europe, there’s a tradition on Shabbat Zachor to eat four kinds of kugel whose initials in Yiddish spell the word “amalek”:

The L [lamed] is for lokshn [noodles].

The K [kuf] is for kartofl [potatoes].

The kugels are sold in a package of four small wedges comprising one large circle. Consuming them all symbolizes the annihilation of Amalek.

Three of the above-mentioned kugels are well-known but what on earth is a flour kugel? Turns out, this is a mixture of matzah meal, oil, some water, salt and pepper which is kneaded into a large kneydl [matzah ball] and placed on top of the cholent right before the cholent goes into the oven overnight. As a result of its simmering inside the pot for 18 or so hours, the flour kugel absorbs the delicious flavors of the meat, vegetables and beans.

According to an old saying which I heard from Yoel Menachem Kohn, a young man from the Satmar community, the four kugels are compared to important Biblical figures. They all need to be “as beautiful as Rachel, as zaftik [soft and tender] as Leah, as good as Jacob and as ‘thoroughly baked’ [i.e. ‘butchered’] as Esau”.

What On Earth Is An ‘Amalek Kugel’?