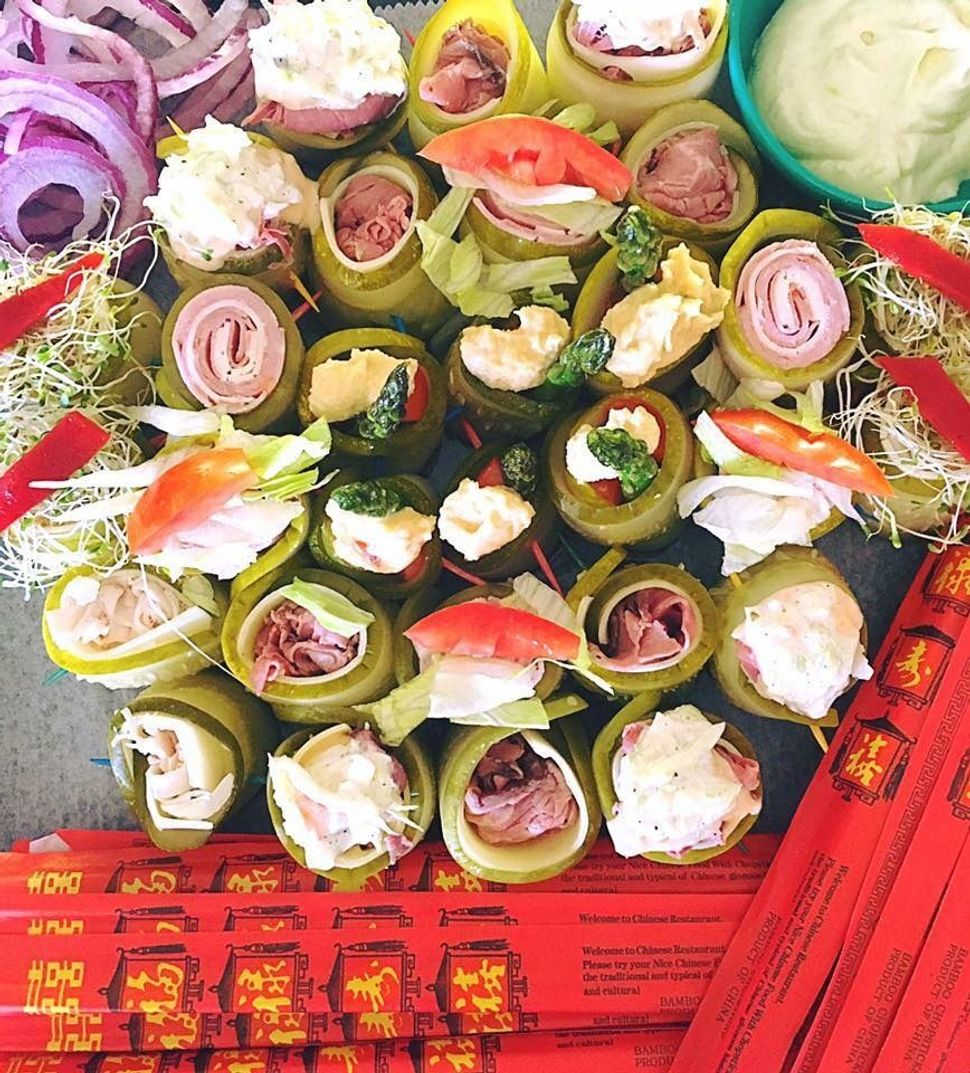 Pickles instead of bread Image by Elsies

Who says you can’t chow down on sandwiches on Passover?

A New Jersey deli is spicing up social media with its towering, meat-filled sandwiches….on pickles instead of bread.

Elsie’s, in Haddon Township, calls itself “the home of the original pickle sandwich”; any item on its menu can get ordered on two brined cucumbers instead of bread.

“We cater to a Keto and Gluten Free lifestyle and it is our sincere honor to pamper guests with our curated selection of sandwiches and roll ups constructed on our Elsie’s Signature Pickle,” the deli enthuses on Facebook.

Since pickles are unleavened, we believe this could qualify as a Passover treat, though the deli itself isn’t kosher.

Apparently, word is out about Elsie’s; one Facebook post boasts of sold-out sandwiches, and another reports “lines around the block”.

Elsie’s didn’t return the Forward’s request for comment; presumably, they were too busy stuffing pickles for long lines of customers.