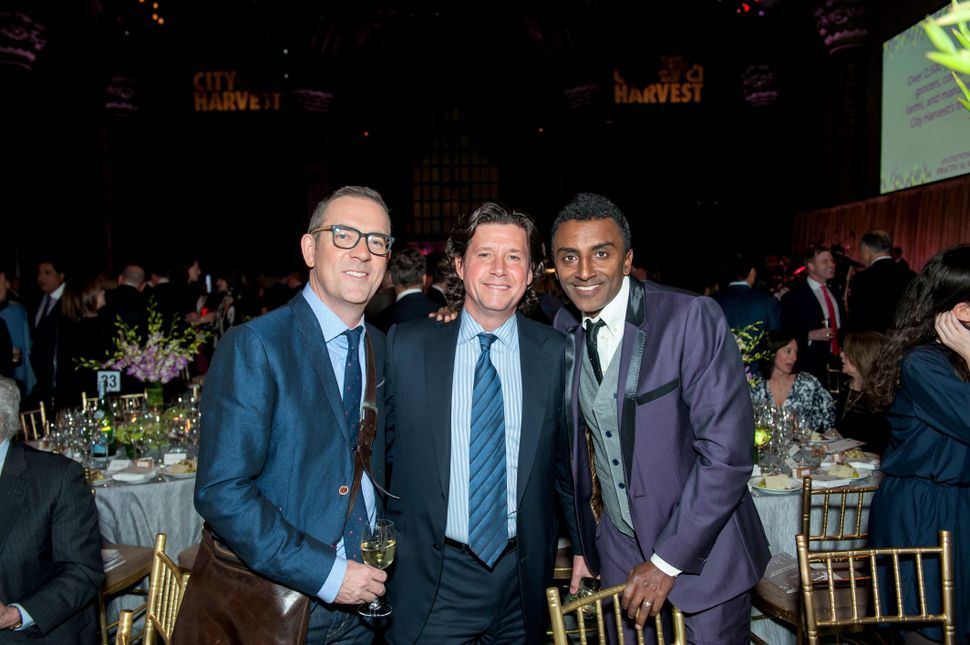 Karlitz with Ted Allen and Samuelsson Image by City Harvest

The invitation from New York’s Jewish Food Society intrigued me: Why would superstar chef Marcus Samuelsson cook Shabbat dinner at a small JCC alongside Travel Channel food savant Andrew Zimmern and other notables?

Turns out there’s an elaborate backstory to the sold-out May 17 feast at the Harlem JCC. And the macher behind it might be the most powerful person in food that you’ve never heard of.

Herb Karlitz creates “customer experiences in the worlds of food, wine, and entertainment”, as he succinctly put it in an interview with the Forward. What that really means is that Karlitz is the creator of glittery events like the NYC Food & Wine Festival, Las Vegas Uncork’d, and Legends at Yankee Stadium, and the hugely successful Harlem EatUp!, hatched by Karlitz and Samuelsson five years ago. When he talks, chefs listen.

The seeds of the Harlem Shabbat dinner took root in February, when Karlitz coordinated a “Celebrity Chefs Birthright” trip to Israel. Author Ruth Reichl, LA baker and restaurateur Nancy Silverton, chef and TV personality Marc Murphy, chef and restaurateur Jonathan Waxman, and chef and “Chopped” judge Amanda Freitag all hopped on board to savor the sizzling Israeli food scene – and strut their stuff to Israeli audiences.

Around the same time, Karlitz met Naama Shefi, founder of culinary appreciation advocates’ Jewish Food Society, and invited her on the trip. Shefi ended up overseeing a Shabbat lunch the group shared on their last weekend in Israel.

“I came back from that trip with renewed sense of Judaism and Israel,” Karlitz said. Karlitz also happened to come across Jeffrey Gurock’s The Jews of Harlem, a chronicle of a now-forgotten Jewish presence. A lightbulb moment followed. “It just hit me, the way other things hit me, that I wanted to do a Shabbat dinner up there,” Karlitz said. “And I called Naama.”

The pieces came together quickly. Karlitz tapped Samuelsson – “we make every decision jointly”, Karlitz said – to cook. For 100 guests who ponied up $75 apiece, the chef will prepare tuna pastrami with preserved lemon, spring succotash, and asparagus with an Ethiopian cheese called ayib. 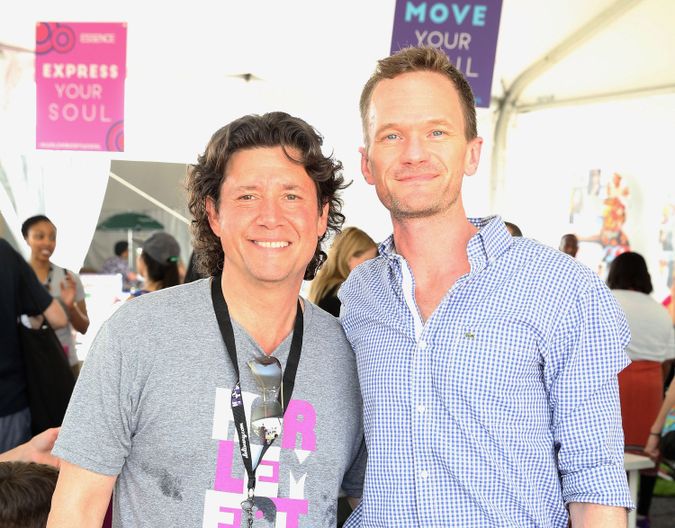 “This is a new and really exciting dinner for us,” Samuelsson told the Forward through a publicist. “Hosting Shabbat is another example of how the [Harlem EatUp!] festival showcases the diversity of Harlem, bringing people together over good food and cultural experiences. In our fifth year we are really turning up the volume and sharing new stories. My auntie was Jewish, so this dinner has special, personal significance for me.”

Along with all of these moving parts, the Harlem JCC requested the dinner serve only kosher food. “We’re rolling with it, though it’s complicated,” Karlitz said. “The logistics would have been a lot easier if the dinner wasn’t kosher. We’re prepping and cooking at the Upper West Side JCC, since this one doesn’t have a kitchen.”