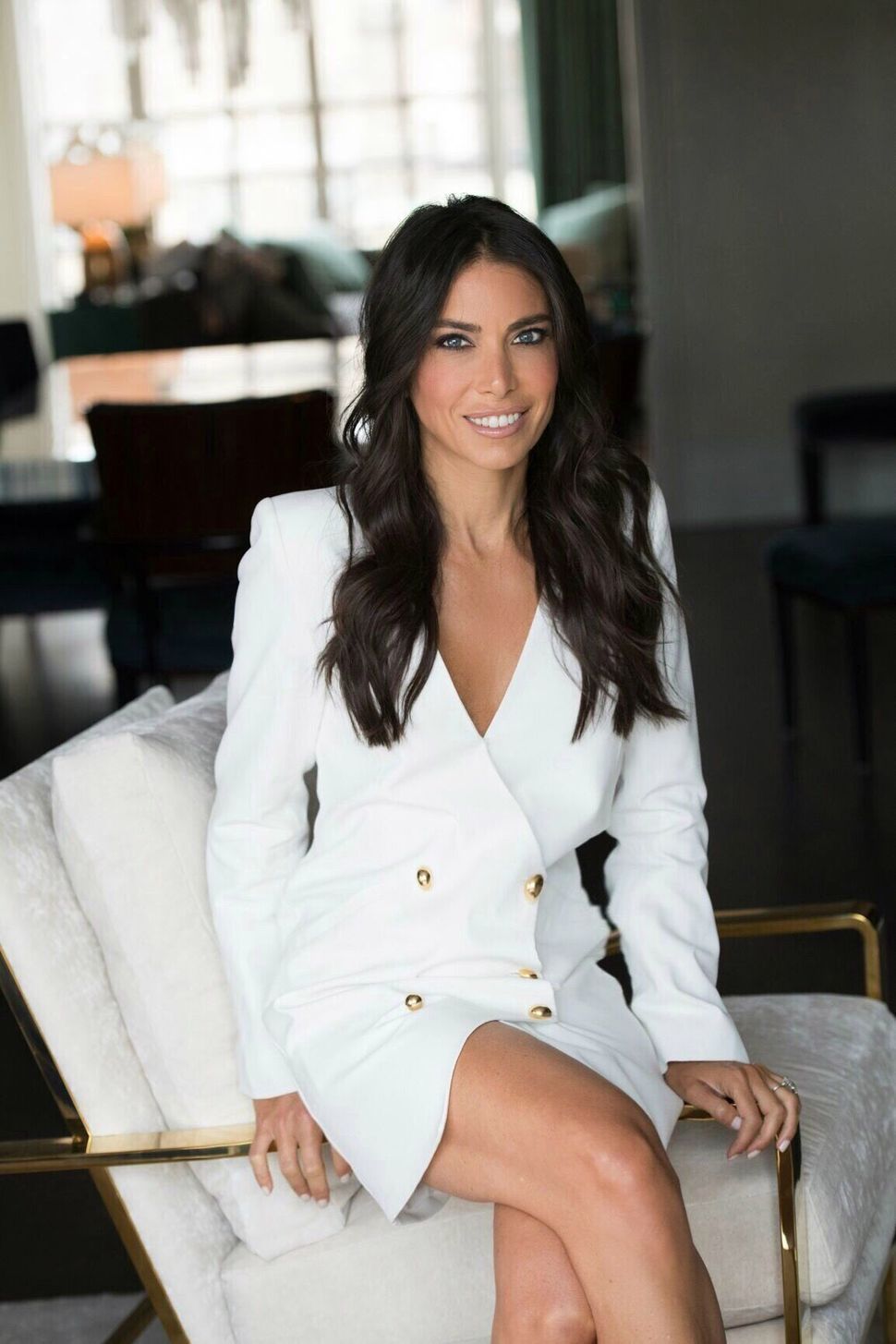 If there’s such a thing as a celebrity dietitian, it’s Tanya Zuckerbrot, the elegant, ebullient creator of the F-Factor Diet — the conventional-wisdom-flouting plan that touts carbs, dining out, and even alcohol as part of weight loss and wellness. You might recognize the 46-year-old Long Island, NY native from her Today Show appearances or Instagram, where she boasts nearly 90,000 followers. Zuckerbrot’s two weight-loss books, The F-Factor Diet: Discover the Secret to Permanent Weight Loss (2006) and The Miracle Carb Diet: Make Calories and Fat Disappear the F-Factor Way – with Fiber! (2012) have also been bestsellers.

As Zuckerbrot continues to expand her empire with a just-launched line of fiber-based nutrition bars, the Forward talked to her about weight loss myths, Jewish food, and her own food-filled childhood.

How did you develop the F-Factor diet? Was it the result of extensive research, or did you have an “aha” moment in the course of running your practice? More of an “aha” moment. I first discovered fiber could aid in weight loss when I first went into private practice. By prescribing a high-fiber diet, I found patients not only felt better, but lost weight without hunger. I went into private practice to make people healthier, not skinnier.

What are the most common misconceptions or mistakes you see when clients first walk through the door? People think you need to cut out carbs to lose weight. Instead, eat fiber – in attempt to lose weight people often cut out carbs. But cutting out carbs is an issue because fiber, the most important tool for weight loss, is only found in carbs. The goal is to eat just the right amount of the right carbs, which are high fiber carbs – 25-35g of fiber per day.

Some people also believe that by skipping meals, they will save on calories, and lose more weight. However, skipping meals may inhibit weight loss and even lead to weight gain over time.

A lot of Jewish kids grow up around traditional food that’s not especially healthful. What kind of food did you grow up with? That was my home too. Food had always been an important part of my life, as some of my earliest childhood memories involve food – especially cooking in kitchen with my grandmothers. With my jewish grandmother it was making matzo ball soup, and with my colombian grandmother making empanadas. There was no specific focus on weight loss in my house, but we had traditional foods, as well as plenty of fruits and vegetables. It’s about a good balance.

Along the same lines, traditional Ashkenazi food can be fattening. Is there one ground rule you could share as a baseline to make some recipes more healthful? The one basic idea readers could keep in mind when cooking to make recipes more healthful is to remember that just one tablespoon of oil is about 135 calories. Recipes often call for oil, and it’s an ingredient that is often added liberally when cooking. It’s very easy to underestimate how much oil you are pouring in something, and at 135 calories per tablespoon, it adds up fast. Healthy fats are an integral part of the diet, but too much fat is not good.

Do you ever cheat? I don’t ever “cheat,” but I do indulge mindfully. I don’t love the idea of “cheats” because cheating has a negative connotation – we like to say mindful indulgences. Mindful indulgences are allowed on F-Factor. We also have something called the 3 bite rule, which can apply to indulgences. Three bites of any indulgent food allows you to satisfy your craving without derailing your diet, and it’s is all you need so there is a beginning, middle and end. That said, my favorite mindful indulgence is chips – I prefer salty / savory snacks / foods over sweets.

How do you educate your own kids about food, and how do you respond if they want something that’s not necessarily good for them? When it comes to my own kids, I lead by example – by educating rather than dictating – and give them a sense of autonomy. You can’t expect your kids to eat carrot sticks if you’re sitting next to them munching on potato chips. If your kids see you truly enjoying food that’s healthy, they are likely to try it. I’ve also made a point to always include my kids in the kitchen and cook with them. Cooking with your children is not only fun, but provides an opportunity to build confidence and self-esteem while encouraging them to taste delicious and healthy foods.

Do you have a favorite Jewish recipe or two that you’ve managed to turn from a calorie bomb into something more healthful? My favorite example of this would be an everything bagel with lox and cream cheese. By using F-Factor 20/20 fiber/protein powder, I make a 20/20 “everything bagel” waffle sandwich that’s a fraction of the calories and carbs.

Any health/nutrition issues or challenges you see that are particular to Jewish clients? Not really, but those who follow a kosher diet have more limited protein options to choose from, and because of that can find dining out and traveling slightly more difficult than those who do not have such dietary restrictions. However, with a little preparation and planning ahead, these challenges prove to not be problematic.

Some traditional jewish holiday foods, like matzo balls on Passover and donuts on Hanukkah, are not the lightest and should not be consumed on a regular basis. Fortunately, we have the 3 bite rule they can follow to indulge responsibly.