Meet The Woman Who Started A ‘Refugee-Powered’ Catering Company 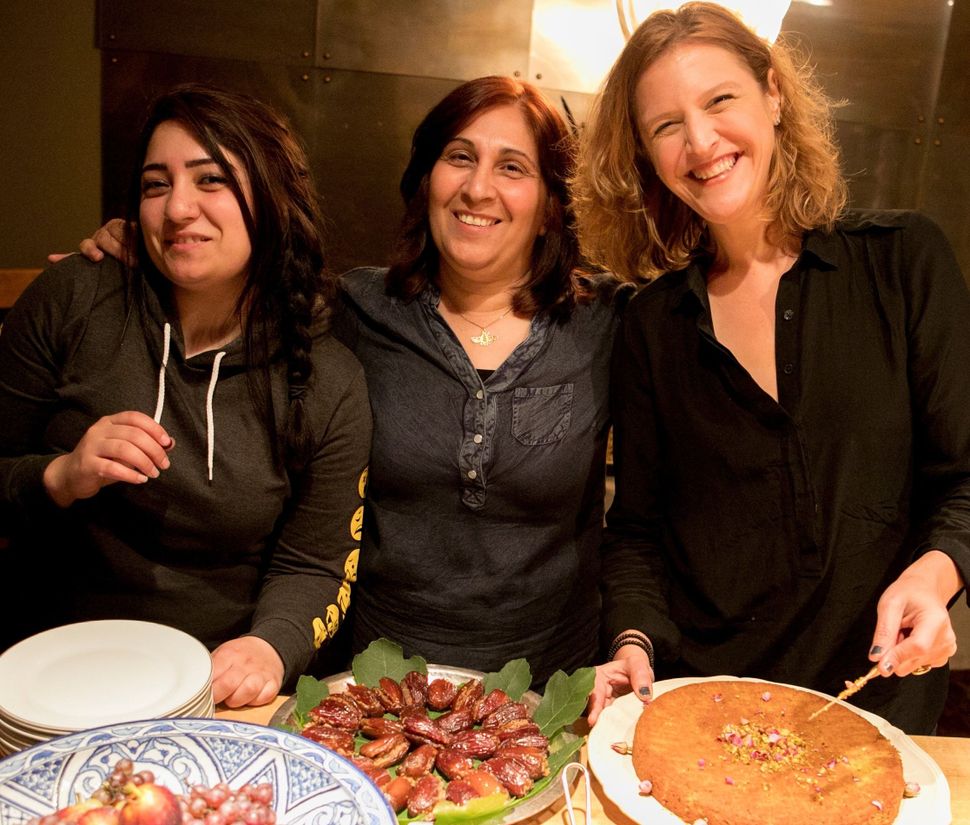 Hannah Goldberg thinks so. And through Tanabel, the “refugee-powered” catering and events company she launched last year, the classically trained chef is connecting new Americans and New Yorkers at hot-ticket dinners where immigrants showcase their own recipes.

“I went to church dinners as a volunteer, and it was usually piles of rice or macaroni,” Goldberg told the Forward from her Brooklyn home-office-event space. “I thought we could represent the traditions of these immigrants in a finer way.”

Tanabel – Arabic for “lazy person” – was the result. A business rather than a non-profit, the company employs immigrant women “at a living wage” to highlight their cuisines. Most of Goldberg’s cooks come from Syria, Afghanistan, Iraq, or Iran; she works with them one at a time, building a dinner event around their own food tradition.

At a dinner in April, an ex-Tehrani named Nasreen cooked alongside Goldberg. “We made khoreste chaghale badom, a stew with baby green almonds and fresh grape leaves. We made boz ghorme, an ancient dish with goat that you braise forever, pound with walnuts and saffron, and eat scooped with flatbread,” Goldberg said. “The refugee’s relatives were shocked that Americans were eating it.”

With her Cordon Bleu education and Michelin-starred kitchen experience, Goldberg also insists on “fine-dining-level” food. “We go over the top,” Goldberg laughed. “I don’t have enough boundaries. So there are dozens of dishes. There’s a huge bowl of punch. It’s unlimited wine. And it’s a beautiful atmosphere. People almost get giddy.” Goldberg hosts most of the events at her home, whose 1,500-square-foot backyard includes a rotisserie. 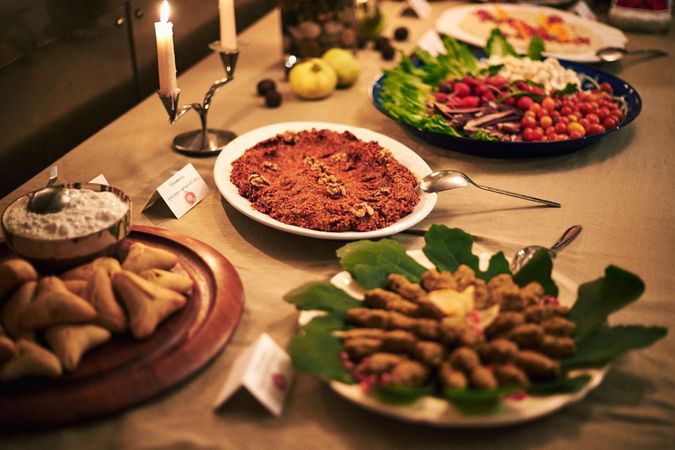 Word’s getting out. “People are scalping tickets!” Goldberg exclaimed. “We’re getting a lot of people who are up for cultural exploration. Iranian food, in particular, is so different. And I wasn’t expecting this, but we’re getting expats, which I love. They crave the taste of home. At restaurants, they’re getting restaurant versions of the food they love. Here, it’s like a taste of Mom’s food.” 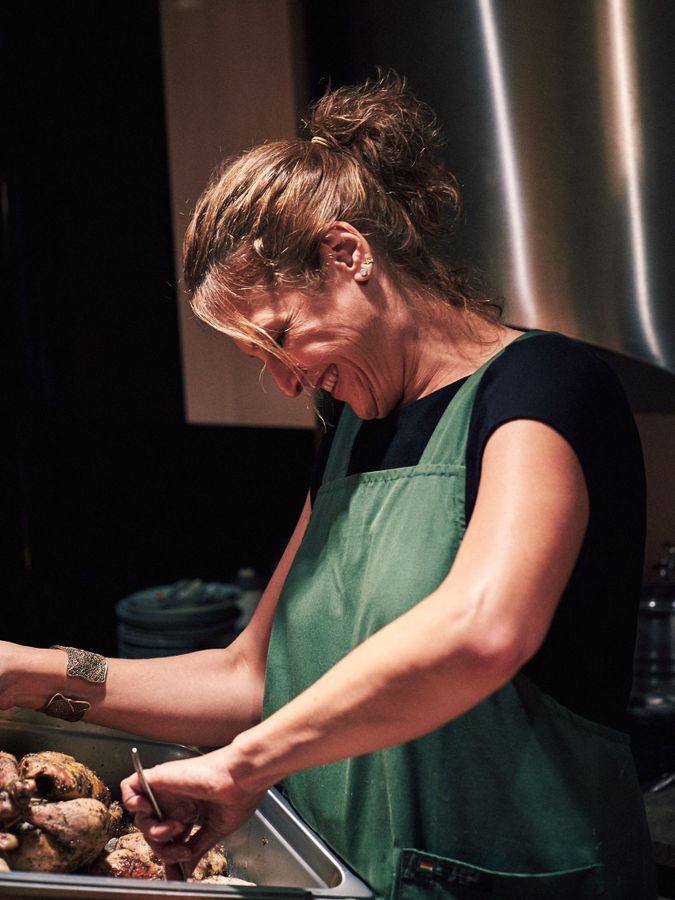 Though she’s not religious, Goldberg’s “aha” moment for Tanabel came at her synagogue, Brooklyn’s Congregation Beth Elohim https://cbebk.org/. Incensed after the 2016 Presidential election – “there are so many things to be angry about”, she said – she joined the temple’s immigration task force. Watching a film about the devastation in Aleppo, “I started thinking about what my grandparents fled, and how it was incumbent on me as a Jew to be welcoming of the stranger,” Goldberg said.

For refugees, the work with Tanabel helps them feel “more grounded, more integrated, more independent,” Goldberg said. “They take a tangible pride in seeing their food so well-received.”

The company reached another milestone last month, making its debut at World’s Fare, a “celebration of global cuisine and culture” at Citi Field in Queens. And throughout the summer, Tanabel will peddle its wares at at the weekly Queens Night Market at Flushing Meadows Corona Park, about an hour from Midtown Manhattan. On the menu: Kibbeh halabi from Aleppo, falafel Tehrani, and the Northern Iranian roasted-eggplant dip mirza ghasemi.

Next, Goldberg’s envisioning a brick-and-mortar home for Tanabel. Packaged foods might also become part of the mix, she said. “I think about all those beautiful pickled foods and jams. Prepared foods are a natural for us.”

In the meantime, Goldberg plans to keep “connecting refugees with food. That’s my skill set,” she said. “If there’s a silver lining to this administration, it’s that it’s activated so many people, like me. Every day brings a new affront to our notion of America as an inclusive nation.

You feel the immediacy of representative democracy much more. The choices you make matter. It’s incumbent on you as a citizen. And you can’t expect government to do it for you.”

Meet The Woman Who Started A ‘Refugee-Powered’ Catering Company