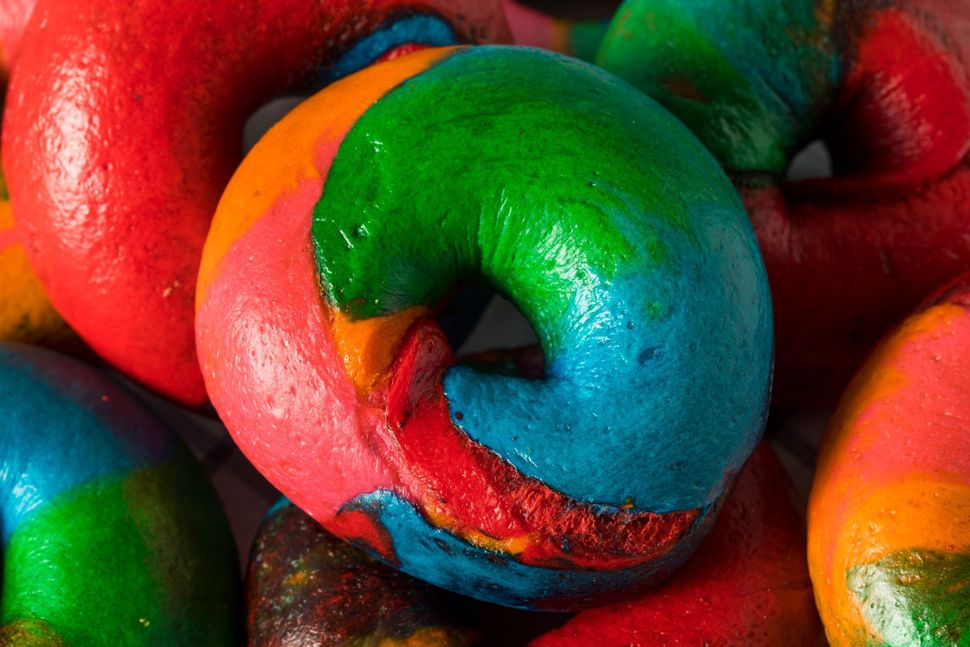 Whether or not rainbow bagels should exist in the first place is a question we’ll save for another time.

In the meantime, the Brooklyn birthplace of the infamous Rainbow Bagel – that’s a trademarked term, thank you – was forced to close this week after New York State’s Department of Taxation and Finance accused its owner of holding back on $900,000 in back taxes since 2011.

After the seizure of The Bagel Store, Owner Scot Rossillo admitted to “difficulties” with tax authorities, according to Eater. And he’s claiming he was going to vacate his Williamsburg storefront anyway, with eyes on a shiny new Park Slope location.

“We are humbled by the outpouring of love and support we have received from all our loyal friends and followers,” Rossillo wrote on Instagram, where The Bagel Store has more than 116,000 followers. “Thank you to everyone for giving us positive vibes while we work towards a solution to our closure. And for all those people who are negative in all this is for you.” The punctuation? An up-yours emoji.

The Bagel Store was just another neighborhood joint until a cheeky Business Insider video on Rossillo’s Rainbow Bagels went viral. The Wall Street Journal anointed Rossillo’s creations “the next cronut” (remember those?). Since Rossillo owes nearly a million dollars in back taxes, you can figure he’s sold a lot of multicolored bagels.

He also belongs to a not-so-proud lineage of tax-shy bagel shops. Manhattan’s legendary H & H bagels closed down in 2011 after its owner “forgot” to pay hundreds of thousands of dollars in payroll taxes. And in 2008, Staten Island’s Bagel Bin was seized by the State for non-payment of taxes.