Buenos Aires’ Famed ‘Mishiguene’ Restaurant Is Popping Up In NYC 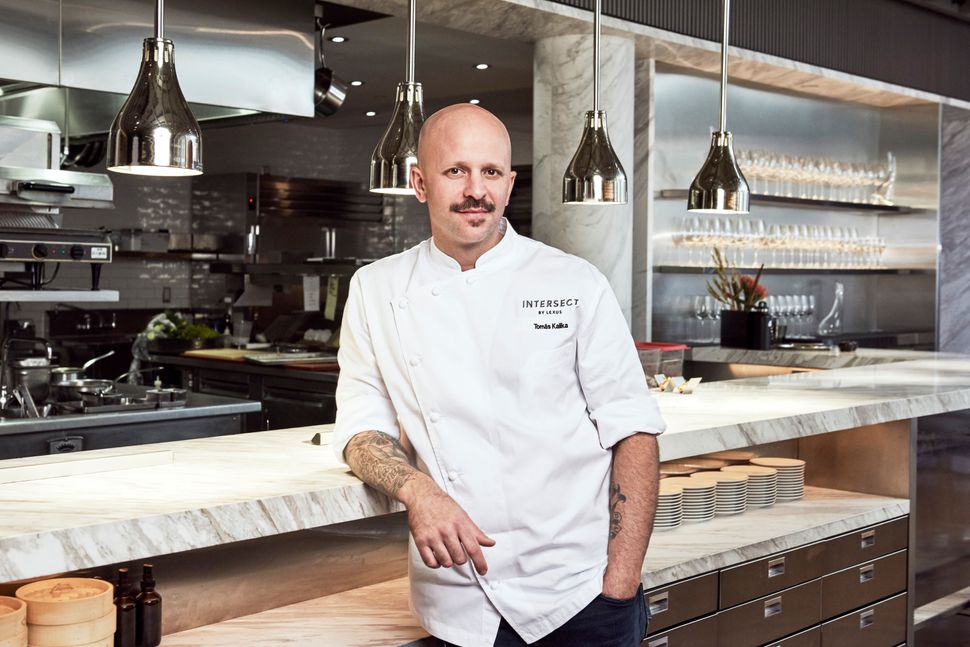 Opening a Manhattan pop-up when your Buenos Aires eatery, 5,300 miles south, is still one of the hottest tables in town? A little mishugeneh, right?

Exactly. Tomas Kalika, the acclaimed chef of “Jewish Diaspora” eatery Mishiguene, will open a temporary branch of his celebrated restaurant this weekend in a Meatpacking District space run by Lexus — yes, the car company.

From folksy tableware and brown-paper placemats to squat cups and raucous klezmer music, the sleek Intersect by Lexus space is getting transformed by Kalika into a facsimile of his pioneering Buenos Aires restaurant. NYC’s version of Mishiguene opens September 7.

“Mishiguene is a whole experience – the food, the music, the stories,” Kalika told the Forward this week on his fourth day in New York. “It’s not so easy to cut and paste. Intersect has everything you want as a chef, but it’s not Mishiguene. So we’re recreating some of the Buenos Aires atmosphere. You should feel like you’re in the middle of a wedding.” 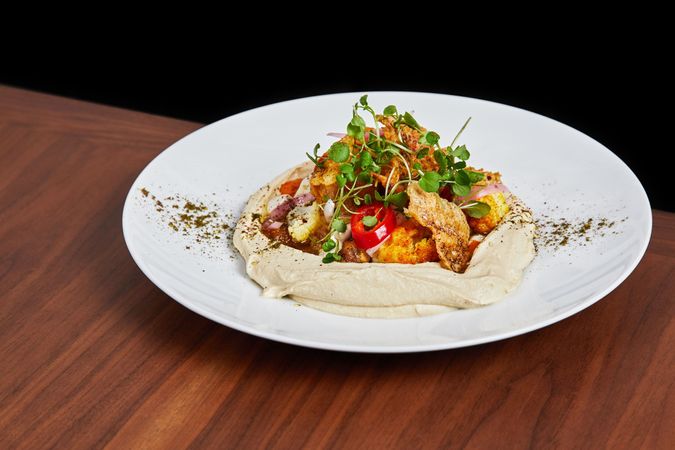 The ‘Jerusalem mix’ at Intersect Image by Intersect

Kalika’s also training Intersect’s 20-person kitchen crew on the subtleties of Mishiguene menu signatures like sublime gefilte fish, lush pastrami short ribs, and “Flower for a Mishiguene” — earthy roasted cauliflower with chicken jus, yogurt, and fried herbs. The New York menu will feature 26 a la carte dishes, along with dessert and cocktails. A brand ambassador for several Argentinean wines, Kalika is also concocting a list of wines from mostly small producers in regions like Mendoza. 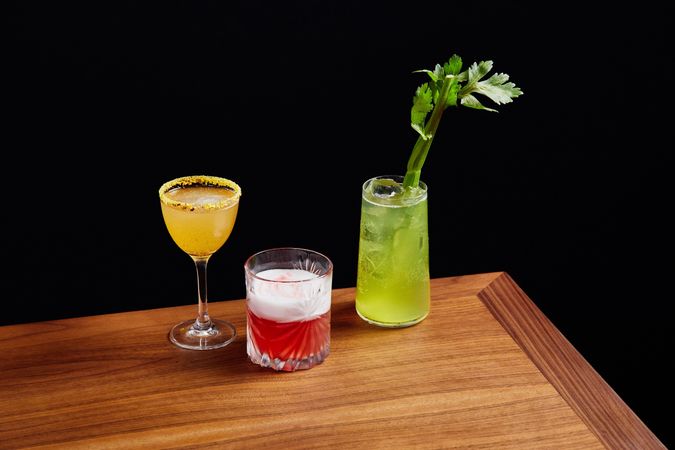 Cocktails at Intersect Image by Intersect

Kalika is the third guest chef in Intersect’s sleek upstairs dining room since the space opened last year. Kalika’s sous-chef, Catena Zapata, traveled with him from Argentina. “Luckily, the crew here knows what they’re doing, so for us, it’s like a party,” Kalika said. Intersect servers are also getting trained in the stories behind Mishiguene’s food.

“You can find French food in New York, but only one kind of Jewish cuisine,” he said. “But Jewish is a people, not a country, so it’s one of the widest culinary maps in the world. Jewish cuisine, per se, doesn’t exist. It’s a view of cuisines where Jewish people have been through history, and the trade of recipes and ingredients that came out of it.”

Kalika has said that his own cooking is influenced by his Polish and Russian grandmothers; he grew up with Ashkenazi classics like kugel and kasha varnishkes. One of his first cooking gigs was in Israel, where he worked in the kitchen of Oceanos, owned by Israeli megachef Eyal Shani. Kalika opened Mishiguene in 2014; it’s routinely topped worldwide best-of lists since then.

The chef will spend most of September in New York, then 10 days a month through the life of the pop-up, which runs through December. 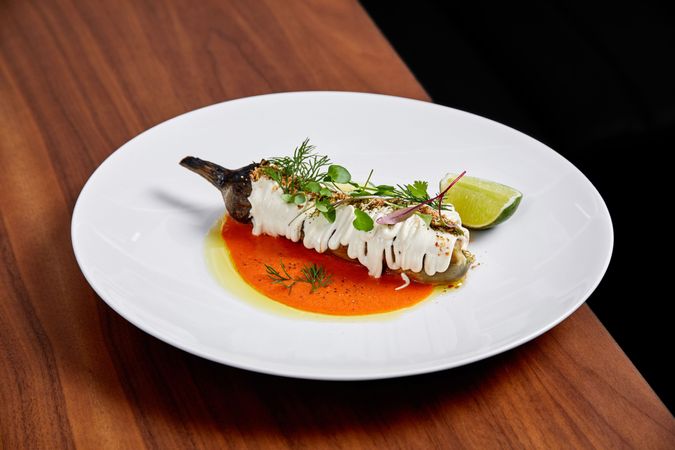 Babaganoush at Intersect Image by Intersect

Meanwhile, Kalika’s “Diaspora Jewish” brand keeps getting a bigger global profile. The chef and collaborators are wrapping a series for Netflix in South America about the roots of Jewish food, and how it’s materialized in different countries. And — you heard it here first — Kalika’s planning to open a Miami Beach branch of Mishiguene next year, along with a yet-unnamed all-day cafe in Buenos Aires.

“At the end of the day, it’s all about food,” the chef said. “It should be tasty and fun.”

Buenos Aires’ Famed ‘Mishiguene’ Restaurant Is Popping Up In NYC