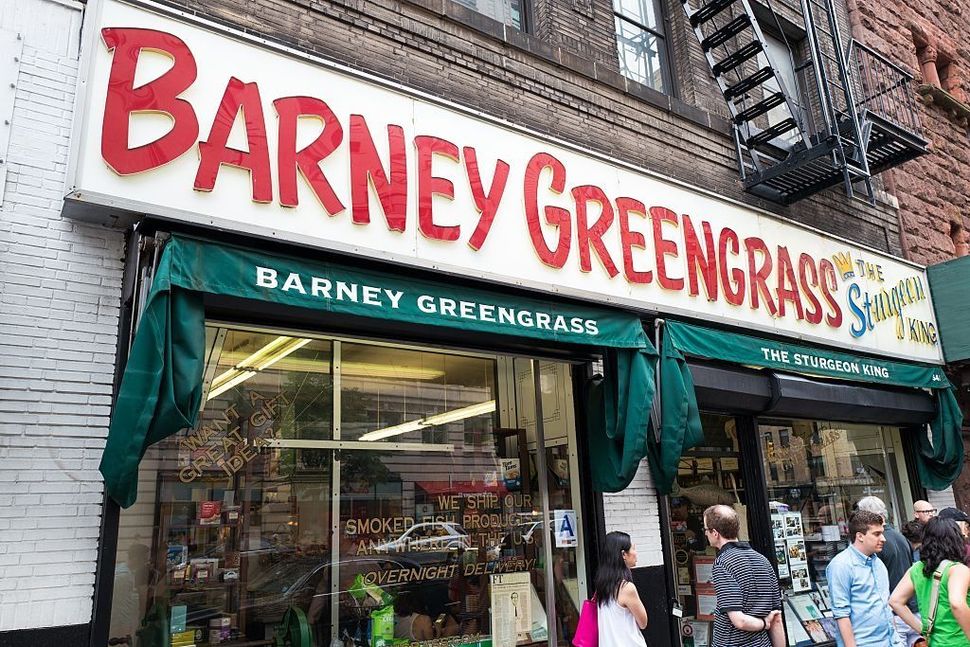 Storefront and sign for Barney Greengrass, a traditional Jewish-style delicatessen originally founded in 1908, on the Upper West Side of Manhattan Image by Getty Images

The Yiddish word for “mouse” is moyz.

It might come in handy if you visit Barney Greengrass. The iconic Upper West Side appetizing shop was shuttered this week after officials found mouse droppings, roaches, and other plagues during a routine inspection.

In photos posted online, a yellow “CLOSED” notice from the New York City Department of Health and Mental Hygiene adorns the store’s window, which remained behind steel shutters today. The inspection took place the day after Yom Kippur, typically a bonanza day for Jewish eateries.

In a statement to The New York Times, the health department detailed its Barney Greengrass discoveries. “Food not held at the correct temperature; close to 300 mouse droppings, including droppings in the kitchen and food storage areas; live roaches in the kitchen; and ‘conditions conducive to pests and other food safety concerns,’ a City spokesperson said.

When the Forward called on Wednesday, a dejected-sounding woman said Barney Greengrass was still closed, but hoped to reopen by Thursday. When a reporter asked to speak to owner Gary Greengrass, the response was a terse “He’s not available”.

But Greengrass, the grandson of the store’s namesake, told the Times that the health inspections “feel like they’re performing a colonoscopy on you…It gives me an ulcer. It gives me a stab in the stomach.”

The incident marked the first time in Barney Greengrass’ 111-year history that the store had been forced to close by city inspectors. But the ILovetheUpperWestSide blog reported that the self-proclaimed “Sturgeon King” has had ongoing mouse issues since 2016, according to public records from the Health Department.