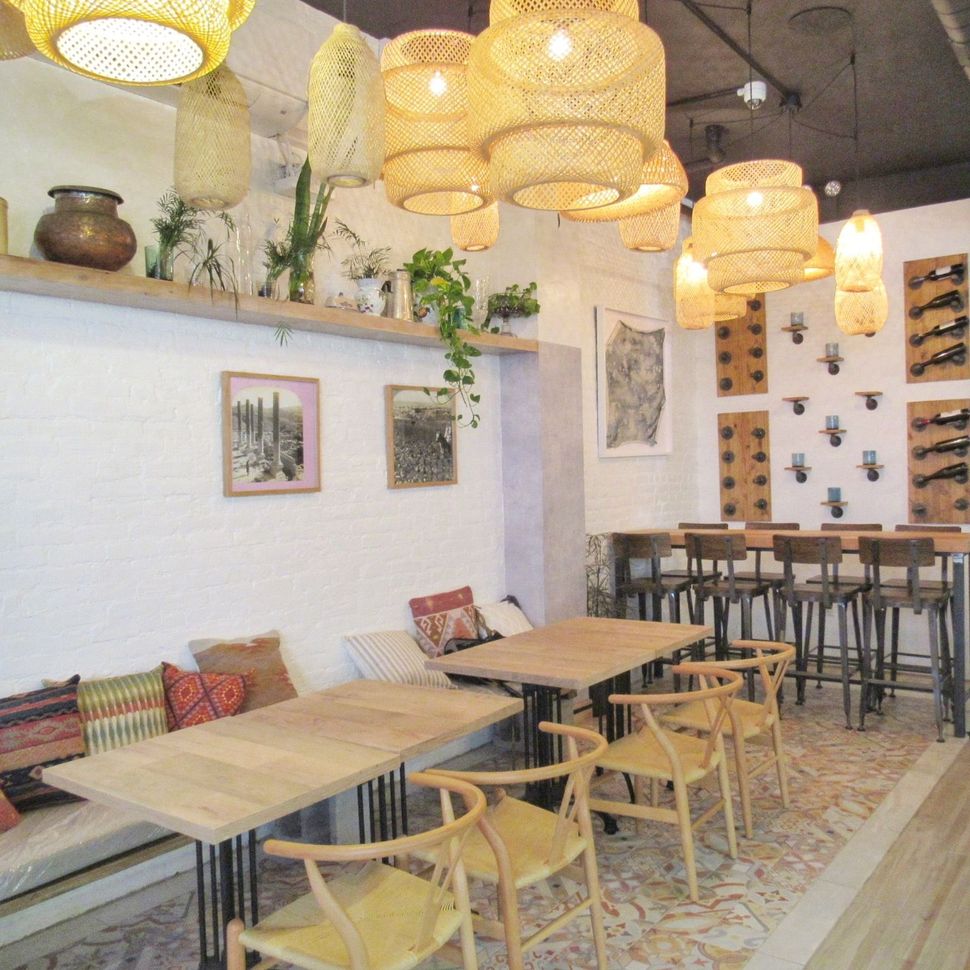 The Arba restaurant on the UWS Image by Arba

“Gluten-free” and “kosher” often portends culinary tedium. But at Arba, a newish Upper West Side hotspot, Israeli chef Nir Zook has made magic with a vegetable-forward, brightly flavored menu that’s as virtuous as delicious.

A star chef in Israel, Zook’s actually dialed back his restaurant operations there; the force behind nearly 20 restaurants over the last 15 years – including kosher-luxe Mapu and hipster spot Cordelia – in favor of private dinner parties at Old Jaffa home.

To open Arba, Zook partnered with Orly Gottesman, founder and CEO of gluten-free packaged-goods outfit Blends by Orly; the two met after her family dined at one of Zook’s restaurants and insisted on a (business) shidduch. Arba is Zook’s first US restaurant, and Gottesman’s first foray into food service. By day, the restaurant’s a gluten-free hangout called Modern Bread & Bagel; by night, the good silverware comes out for Arba. Kosher certification is issued by International Kosher Council.

The Forward caught up with Zook from Israel, where he still spends most of the year.
Arba is described as “Tel Aviv-inspired”, but its menu is unlike any Israeli restaurant in New York. What’s the foundation of your cooking?
Well, I live in Old Jaffa. It has a big Arabic population, fishermen, a big market. Basically, for the last 20 years, I’ve been involved with a lot of people. I’ve tasted home cooking, and seen how they treat ingredients differently. I learned that, and it became part of me – cooking the right thing at the right time, picking the best of each ingredient in terms of flavor and of health. An example: When corn is at its peak in the States, eggplant’s at its best in Israel. Fish from the Mediterranean is different than fish from the Atlantic. So you cook with that in mind.

You accomplish a lot with kosher, gluten-free ingredients at Arba. Did you find it challenging? Another chef told me cooking kosher was like “running backwards, in handcuffs”.
Almost all of my friends are artists. I can tell you that for artists, the more limitations, the bigger your creation will be. I really do believe that when you have limits and boundaries, you need to be more creative and work harder. For me, it’s great fun. I don’t think it’s a hassle.

I’ll tell you a story. Many years ago, I went to a three-Michelin-starred restaurant in Paris belonging to a very famous chef. The whole dinner was foie gras, black truffle, pigeons, lobsters. And I found it fucking boring. This is when you have no limitations. Give me limitations and let the art come through. I don’t find it limiting. I’m just excited about cooking for people.

What’s the biggest difference between running a restaurant in New York City and operating in Israel?
Everything is much more organized in New York City than in Israel. And another big difference is that I’d never worked with Mexicans in my life – this for me is a nation I didn’t know. It’s been inspirational. The kitchen has a very good ambience. My team is proud of what they do. And to teach non-Jewish people about the rules and regulations of kashrut is very exciting. You find logic in things like the way you need to wash herbs.

Some Israeli chefs in New York use domestic provisions, and some still have to import ingredients from home. How about you?
All of our spices are coming from Israel – zaatar, hyssop, sage, sumac, more. We couldn’t find good enough quality in the States. We also bring over our olive oil from there.
Israeli food’s having such a moment right now. Why do you think it’s crossing over?
When people talk about a Mediterranean diet, that is precisely Israeli food. Lots of vegetables, very light. At Arba, we’re kosher fish and dairy, but there’s hardly any dairy in the main courses. Everything is fresh – we let the vegetables show themselves, and let olive oil be the star.
My dinner companion – who knows her wine – was blown away by the quality of kosher wines your sommelier rolled out for her wine pairing. Is part of your mission educating people about Israeli and kosher wine?

Every day. Even in Israel, a lot of non-kosher people are unaware of what’s happening in kosher wineries. Kosher wine can be any wine, big or boutique. I know most of the wine manufacturers in Israel. It’s a huge industry for a very young country. Twenty years ago, we had maybe seven wineries. Now, there are over 300. It’s a very interesting industry. People are looking for ancient grapes that used to grow in Israel naturally. There are really exciting wines. There’s no limitations on what you can do.