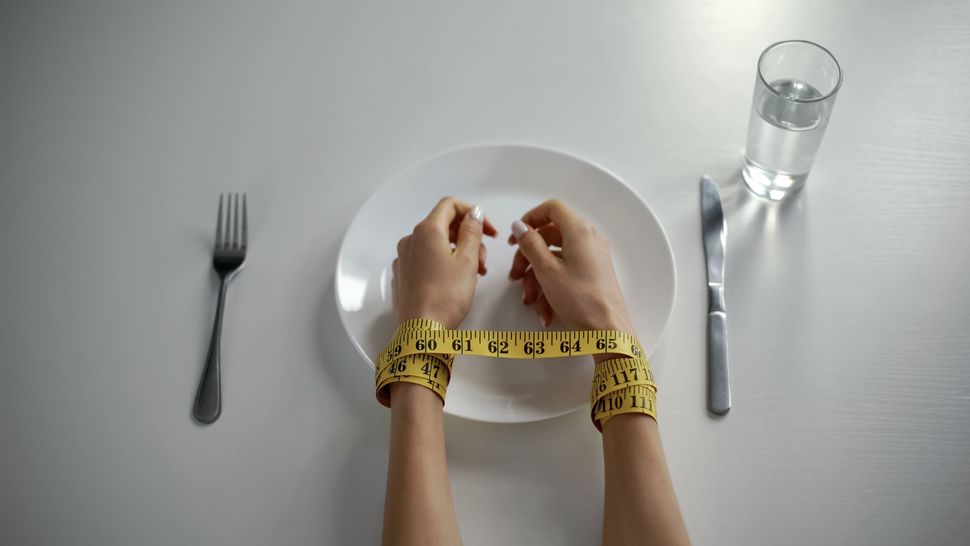 When No’a, a 29-year-old Jewish woman in recovery from an eating disorder sits at the Shabbat table every week, she already knows what to expect. “Ritual is something that obviously has a huge place in religion, but it’s also very vital for a lot of people with eating disorders,” she says. From kiddush and motzi to soup and mains, there are very few surprises when it comes to Shabbat meals. But they can be triggering for No’a.

“One time, I went to a Sukkot meal where it seemed like everyone else knew a particular kiddush and motzi, but I didn’t,” she said. “I was quiet for the whole meal, picked at my plate and left as soon as I felt like I could bentch and go. After the few bites of that meal, I wound up fasting for about three days through the holiday.” The Passover Seder, however, is easier for No’a to sit through because the meal is less about the food than it is about the meaning behind it.

Even though she admits that feeling connected to God on Shabbat helped her recover, she doesn’t agree with some of the oft-repeated lines like “calories don’t count on Shabbat” or how people ‘save up’ on calories just for Shabbat. “Overeating is encouraged in a lot of homes and people get really offended by normal portions,” she says. When she wasn’t eating traditional foods on holidays or four meals every Shabbat, she felt “spiritually judged.” But now she knows how to respond to their probing requests. “If someone wants to get upset that I don’t want to eat six pieces of burnt corn kugel, I’m getting better at helping them to understand that it’s not about them or about the food.”

No’a is not alone in her struggle. Eating disorders among Jewish women are very much a reality. Shabbat and holiday meals can be triggering for women who struggle with bulimia, anorexia or binge eating disorder.

Sarah Bateman, LCSW, a specialist for The Renfrew Center Foundation, a national network of eating disorder treatment centers for women and teenage girls which offers a program specifically for Jewish women, says that she’s seen a higher number of Jewish women compared to the general population in treatment over the years. Because there are no studies or data, the reason is unknown. “The large amount of food, focus on food and food preparation on Shabbat and holidays, along with time spent around the table can be difficult for people with eating disorders to tolerate,” she says. “[But] the fact that it occurs every week allows for treatment planning and regular meal planning.”

Still, there’s no denying that many Jewish women face great pressures to live up to an idealized standard of beauty and halakhic restrictions — pressures that may cause or exacerbate an eating disorder.

“I totally think that Judaism and all the rules and rigidity plays into eating disorders,” Lizzie, age 24, who is now in recovery for an eating disorder, explains. “Keeping Shabbos and so many rules around what we can and can’t eat play into the difficulty. Also the amount of food [we eat] in our religion is massive.”

Bateman, on the other hand, opines that one important Jewish value often prompts women to seek treatment. “A lot of people think there is a stigma around getting help. I see the opposite. Religious Jews believe the value of life comes first and we have to get help if we’re sick.”

Judaism may exacerbate eating disorders for some, but the religion can also serve as their lifeline.

Jessica, age 30, who works as a therapist for people with eating disorders and addictions, has struggled with body issues and disordered eating her whole life but she’s learning to accept her body through Judaism. “In learning about body image and coming to accept my body, I have felt empowered by the fact that I have a Jewish woman’s body and to reject my body is a very anti-Semitic act which violates my values,” she says. “So accepting my body has been closely related to accepting my Judaism.”