During the pandemic, deli food booms in the Bay Area 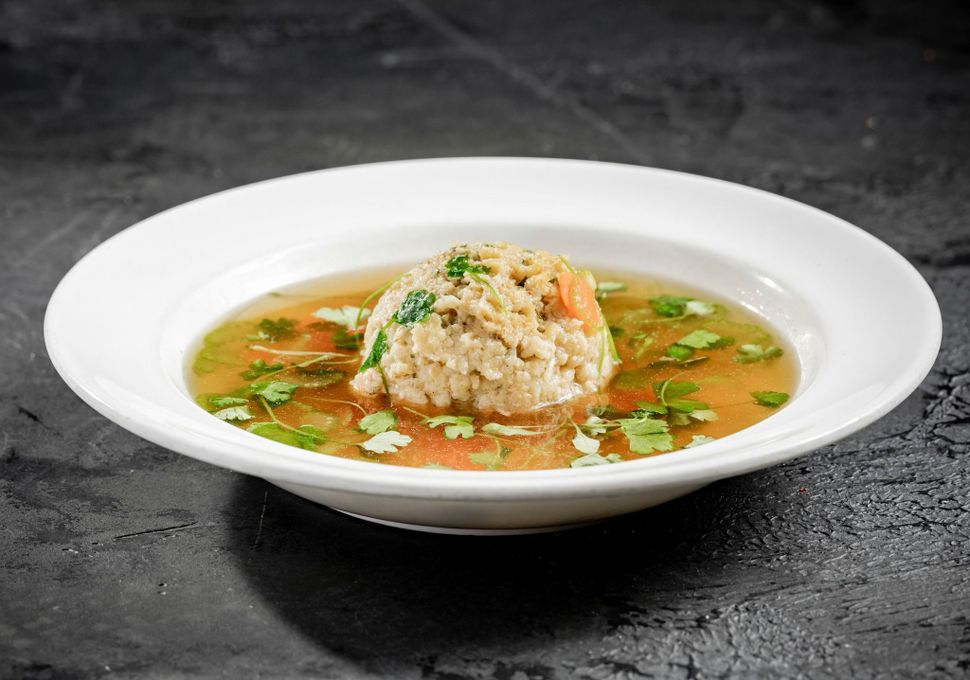 In the short list of silver linings to the COVID-19 pandemic, this one surely rates near the top: since March, Jewish delis have blossomed in the Bay Area.

“It seems like a big hug from Bubbie just when we need one, whether you are Jewish or not,” said Michael Dellar, owner of the upscale San Francisco restaurant One Market, which is the latest restaurant to launch a Jewish concept. “I think food in general is a great emotional relief now, and Jewish food takes it to the next level.”

No less than three Jewish chefs/restaurateurs in the area – two in San Francisco, including One Market, and one in Sunnyvale – have created new concepts to bring comfort to Jews (and others) who may find it in a bowl of matzo ball soup or in a half sour pickle.

Jewish Deli has always existed in the San Francisco Bay Area, but there’s been a limit to just how many places you can find it.

Before the novel coronavirus set in, the two most well-known places to get your pastrami fix were Saul’s Deli , a mainstay in Berkeley, and San Francisco’s Wise Sons, a new wave deli that came on the scene in the past decade and now has an outpost in Tokyo, of all places. Further afield, Solomon’s Delicatessen opened in Sacramento last summer, and Grossman’s Noshery & Bar , which was in the works for over a year, opened in Santa Rosa the week of the shut-down.

But with the pandemic, has come new opportunity, or need.

Dellar grew up in Los Angeles, where Langer’s was his go-to.

“To start a delicatessen, brisket from the smoker and matzo ball soup were naturals and then we added all the foods we like to eat, like pastrami, rare roast beef, lightly smoked turkey, potato salad, coleslaw, macaroons, rugelach,” said Dellar. 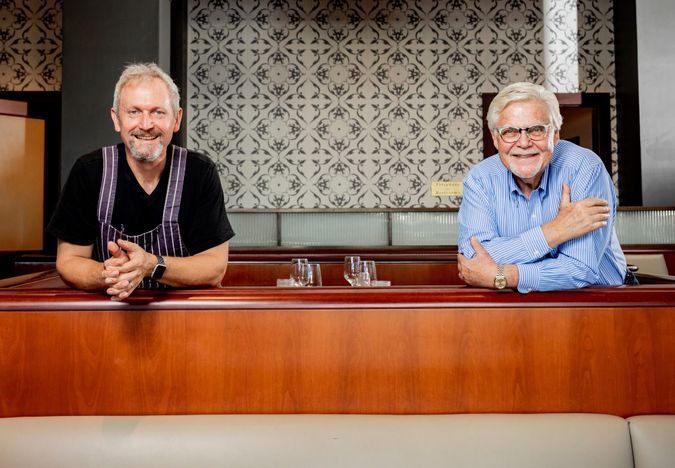 In the first three days, they sold out of many items, which was just the validation they needed to keep going.

“The deli wasn’t born of the pandemic; the pandemic created the opportunity,” Dellar said. “And we truly did a pivot, not an about-face, as our big restaurant where we have been plying our trade for 28 years has room for both a restaurant where we turn out succulent prime rib and cedar-planked king salmon dinners as well as deli.”

Meanwhile, in Sunnyvale, where many of the major tech companies have their hubs, caterer Jeffrey Weinberg also saw the pandemic as an opportunity to launch a new concept.

The owner of JW Catering, which previously did a sizable business catering Jewish lifecycle events, began dreaming up a deli concept in January, even before Covid-19.

Then the pandemic took away his event business, as well as the extra money he earned by making lunches for tech company employees.

Though Weinberg’s family lived in Northern California for his high school years, Weinberg was born in New Jersey, where he spent his early years. 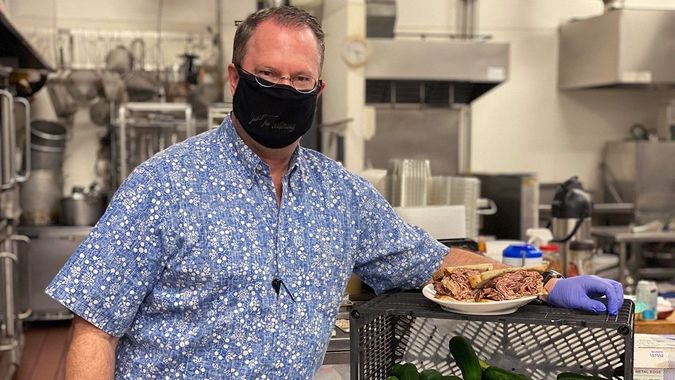 “Back in January, I was complaining to my chef and [general manager] that I was tired of calling Katz’s Deli for my fix of pastrami,” Weinberg said. “I have my bubbie’s and my mother’s recipes, and it’s not like we don’t know how to cook. Then things started canceling, and we began playing with my recipes.”

His launching “The Marvelous Matzah Experiment,” a play on Amazon Prime’s very Jewish show, “The Marvelous Mrs. Maisel,” coincided with the Bay Area’s shelter-in-place order the weekend of March 12.

The offerings started with pastrami, corned beef and half-sour garlic pickles, and then the team branched out to matzo ball soup, challah French toast and grilled cheese sandwiches, then mac ’n’ cheese with “crispy bits” — the edges of the pastrami and corned beef — and his mother’s brisket recipe, or “Mitzi’s Brisket.”

“It’s funny how my original idea pre-pandemic was to do corned beef, pastrami and pickles, just a few items to provide to tech companies,” he said. “Now that companies aren’t working in their offices, we’ve expanded our reach.”

While Mark n’ Mike’s and The Marvelous Matzah Experiment are sticking quite closely to tradition, Schmaltz SF was a third concept born out of the pandemic and did things a bit differently.

Started by a chef Beth Needelman, it came out of a kitchen incubator started by a restaurant group called the Hi Neighbor Hospitality group in San Francisco. Not wanting to lay off its staff, the group gave a few of its chefs the freedom to start concepts of their own, to see what might take off. 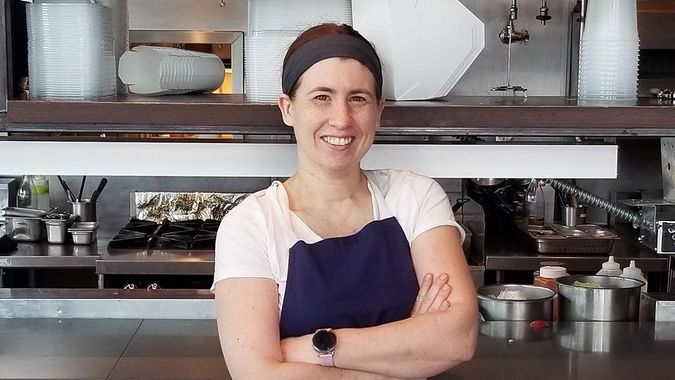 With the tagline, “elevated Jewish comfort food, with a modern American twist,” Schmaltz started in May with a full menu, with items like Reuben meatballs, a chicken schnitzel sandwich with schmaltz aioli and a chicken sandwich on two latkes. Israeli influences figured in with dishes like a shawarma-spiced cauliflower bowl and pomegranate chicken thighs.

“I love introducing people to my culture and giving Jewish food more exposure to people who might not be as familiar with it,” said Needelman, who grew up part of a tight-knit family in Poughkeepsie, N.Y. and attended the Culinary Institute of America in Hyde Park, N.Y.

The concept changed over the months; most recently it was offering Jewish-themed meal-kits, where customers put the finishing touches on dishes at home, with explicit instructions, of course.

As dining restrictions keep changing in San Francisco and indoor dining is returning, Hi Neighbor just recently decided to discontinue Schmaltz, but Needelman hopes it will return in another form in the future.

“In a time of a pandemic when some may feel isolated and as this city empties out, consumers are searching out food that evokes feelings of togetherness and family,” said Needelman. “We may not be with our extended family during these hard times but at least we can cherish the foods they may have cooked us and reminisce of the past, pre-COVID life.”

During the pandemic, deli food booms in the Bay Area