Churros for Hanukkah anyone? The new Pati Jinich cookbook breaks down borders 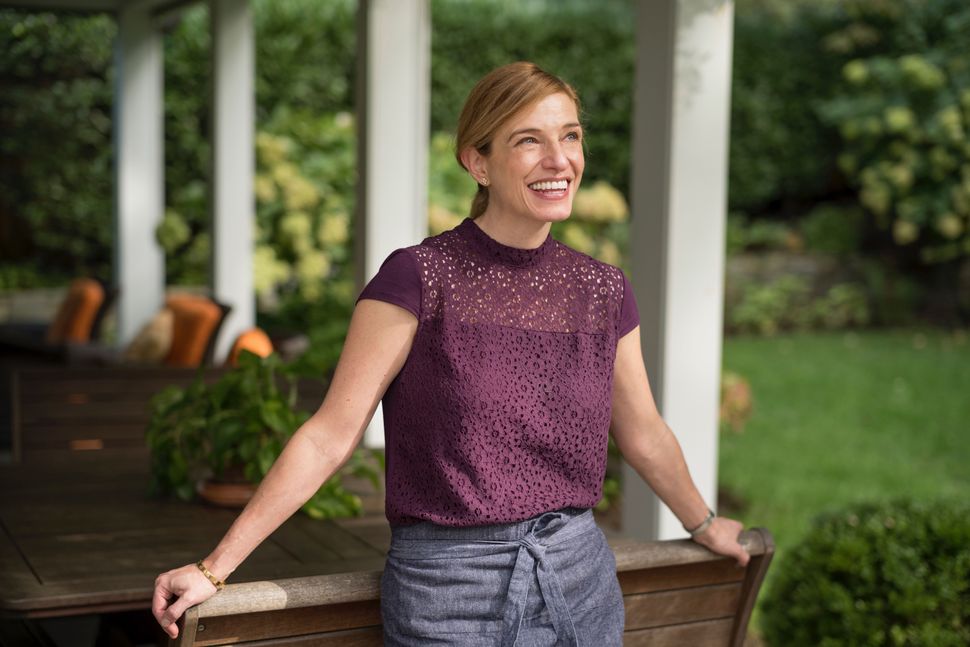 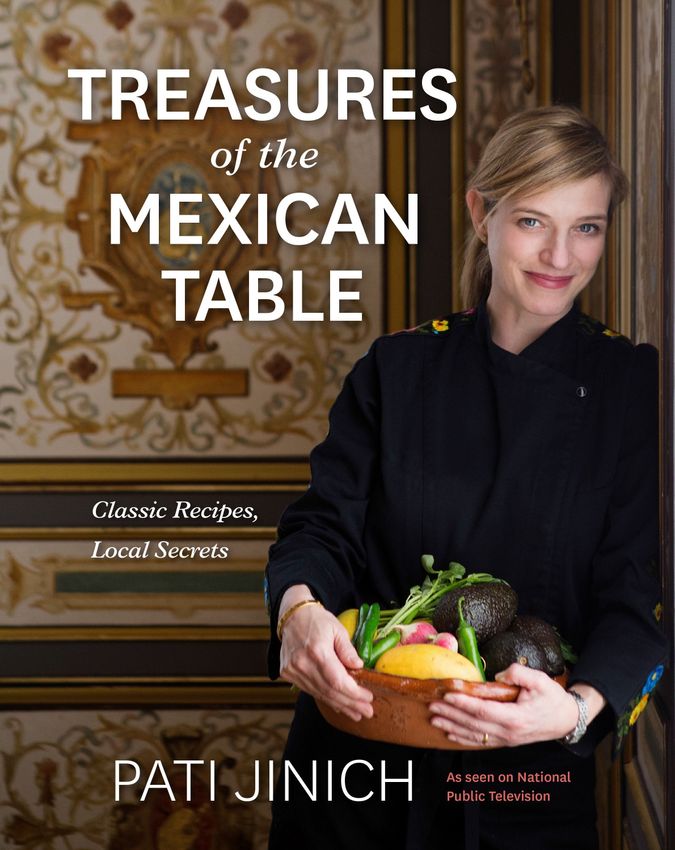 Before she was a cookbook author and host of the James Beard Award-winning PBS series “Pati’s Mexican Table,” Pati Jinich was a political analyst. The relevance of this information became crystal clear the moment she began speaking with The Forward about her new cookbook, “Treasures of the Mexican Table.”

“Food has the capacity to open doors; bring walls down,” said Jinich, who was born in Mexico City, lives outside Washington D.C., and is Jewish. “Even if we come from different worlds or have different perspectives, put a plate in the middle and it just brings those walls down. The kitchen is the most noble state because it allows for those conversations to happen.”

In international relations, the term “soft power” is used to describe the practice of gentle coercion through diplomacy and culture rather than military force, which is considered hard power. It’s not necessarily a concept one expects to discuss with a cookbook writer, but Jinich brings it up to emphasize her point. “Soft power is art and culture and food,” Jinich said, “and it can be just as — or even more — effective.”

“People who may not like Mexicans, or immigrants, now they have Tuesday night as taco night,” she said. And with “Treasures of the Mexican Table,” Jinich intends to introduce her audience to an array of dishes that go well beyond tacos, which North Americans can make any night of the week.

“Here are another 150 recipes that are foods that have been passed down for generations that are here to help you solve your Wednesday night; to give you more items in your repertoire,” she said. “You’re learning about tools and techniques and ingredients, and it turns out that when you’re cooking some of this in your kitchen, you’re learning about other cultures.”

Mexico is made up of 32 states, and even Mexicans don’t necessarily grok the breadth of their myriad cuisines, which differ significantly from region to region. Jinich attempts to highlight many of them in “Treasures,” pointing out that while people refer to “Mexican food” as if it were one thing, it is instead staggeringly complex and varied.

She proceeded to enumerate various waves of immigration that took place over centuries: The Spanish colonized Mexico over hundreds of years and brought with them 300,000 enslaved African people.

Jews began arriving in the 1500s and continued to emigrate following the dissolution of the Ottoman Empire in the 1800s, during the pogroms at the turn of the 20th Century, and with the World Wars. There was a Chinese wave and a Japanese one, when those populations were shunned in the United States. More recently, Lebanese and Syrian communities arrived. All have enriched the culinary landscape.

There are also foods that existed before the Spanish arrived bringing pork and beef, milk and cheese. “There are all these dishes that survived the centuries, and that made for a treasure trove of dishes that are not what you would expect when you think of Mexican food,” Jinich said.

These include pre-Hispanic recipes such as tok seel, from the Yuketan, in which white beans are cooked with herbs and pumpkin seeds, and chulibul — green beans cooked with corn and toasted pumpkin seeds, which Jinich calls “one of the most luxurious and delicious dishes I’ve ever had.”

Both are meatless. Contrast these with recent arrivals like tacos Arabes, which she describes in the book’s introduction as “an exquisite melding of Mexico and the Middle East, the gift of Lebanese immigrants in Puebla.”

“We did grow up eating all the Jewish foods on Friday nights,” she said. “The matzo ball soup and the fresh-made challah, all the Ashkenazi Jewish foods, and they were always enriched with Mexican ingredients or techniques. “

Guacamole was combined with egg salad and tucked inside corn tortillas. Matzo ball soup was served with typical Mexican garnishes like cilantro and lime. Salsa macha and guacamole were mixed with gribenes and onions, then spread on slices of challah or folded into warm corn tortillas.

“I really think the Mexican-Jewish community absolutely adores Mexican cuisine and found a way to weave what we inherited with what we found.”

For Hanukkah, Jinich recommends her recipe for churros, also called Cinnamon-Sugar Fried Dough, which could certainly be considered a distant relative of the more traditional Hanukkah treat, sufganiyot. And in place of — or in addition to — latkes, there are fried codzitos, “from the Mayan word kots, meaning little rolled-up taco.” These are filled with chicken — and garnished with grated cheese, which is certainly optional. The recipe yields 18 pieces of festive fried party fare.

Indeed any number of dishes in “Treasures of the Mexican Table” would brighten the holiday table. Many more could be easily incorporated into regular weekly meal rotation. Through its expansive collection of generally easy recipes, the cookbook highlights the foods of melded communities, ancient cultures, and everything in between. In so doing, it extends a bridge to home cooks beyond the Mexican border.

In the introduction Jinich writes: “I always tell my three boys that Mexican-Americans are doubly blessed. We have two countries…Along with that double blessing, though, comes a double responsibility: to represent the place where we come from … and be worthy of the place where we now belong. Shining a light on the food we make and sharing the recipes we have brought to the world is the best way for me to do that.”

Churros for Hanukkah anyone? The new Pati Jinich cookbook breaks down borders