Arabs and Jews find peace — in the kitchen Star in a TV cooking competition, you get famous. Try to make Middle East peace, you get ignored.

That’s what happened to chef Nof Atamna-Ismaeel, who made headlines in 2014 when she became the first Arab contestant to win Master Chef Israel.

But when she founded the A-Sham Arab Food Festival in Haifa, pairing Arab and Jewish chefs to recreate the lost dishes of the Levant and build bridges, the story was largely ignored by the press. 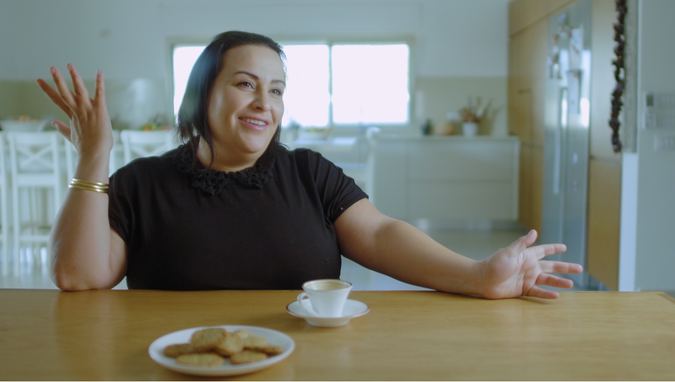 “We never get to the headlines. We asked so many news companies to cover the festival,” Atamna-Ismaeel says in a new documentary that picks up where the news media left off.

Directed by Beth Elise Hawk, a Los Angeles-based entertainment lawyer-turned-director and producer, “Breaking Bread” follows Israeli Arabs and Jews as they eschew politics and conflict in favor of culinary collaboration and camaraderie.

“Nof believes that 90% of people in Israel want to live together and it’s the 10% who make it to the headlines,” Hawk said in a recent interview with the Forward. “And everyone thinks the 10% are the 90%, because that’s all we hear about.”

Hawk first heard about the A-Sham Festival while stuck in traffic in L.A. listening to the radio. Atamna-Ismaeel, a microbiologist who grew up in an Arabic village but was sent by her parents to a Jewish school, was doing some press after winning Master Chef. She was talking about her mission of bringing Jews and Muslims together.

“I thought, wow, we need more of this in the world,” Hawk said. “I ran home and reached out to her on Facebook, and she told me about this festival that she was doing.” Hawk decided then and there that she had to tell the story. “It was a story about humanity instead of politics, and of course it has food. I’m a big fan of all television and films that involve food.”

With Atamna-Ismaeel at its heart, the documentary follows four pairs of Arab and Jewish chefs as they meet and get to know one another, plan and prepare dishes for the festival, and become familiar with one others’ culinary traditions. In all, 70 Arab and Jewish chefs cooked together at 35 restaurants in Haifa over the course of the three-day festival.

The first chef on camera is Marlboro-smoking Shlomi Meir of Maayan Habira Restaurant, who introduces his father, Reuven, and points to a portrait of his grandfather, who arrived in Israel without any money after his whole family was killed during World War II, and opened the restaurant.

Meir is paired with Ali Khattib, who is first introduced in his village of Ghajar, on the Lebanese border.

“The village is beautiful, lovely, and luxurious,” Khattib says on camera. “It’s entirely Muslim. It’s technologically advanced. We have a gorgeous view of Lebanon. We’re missing nothing. All the soldiers and the military also protect me. We are part of the nation.”

“Let me tell you,” Hawk said, “when Ali says what he says in the film, I was shocked by him. I was shocked to hear this Israeli-Syrian-Arab tell me how much he loves Israel.”

When Meir and Khattib meet in Haifa, Meir brings his guest into the restaurant kitchen and introduces him to the women making dumplings—kreplach and varenikes —, one of whom, he notes, worked for his grandfather. Khattib sits down with her and she shows him how to make them.

“We have something very similar, shish barak, dumplings with lamb,” Khattib says. He makes a dumpling. “Can I get a job here?” he asks.

He and Meir stand in the kitchen talking, drinking beer, and smoking. Khattib tastes something and says: “The taste reminds me of my grandmother’s potato stew, that she cooks so slowly like this…”

Later, Khattib tells Meir that what he plans to make for the festival is a 200-year-old Syrian dish that his grandmother and mother made. “As the third generation, I’m going to restore it to this country,” he says.

Next on camera is Osama Dalal, a young, bespectacled Palestinian chef from the seaside village of Akko, who moved to Tel Aviv and opened a restaurant there at 22 years old. He’s paired with Ilan Ferron, of Talpiot Restaurant in Haifa, whose French father is Catholic and Italian mother is Jewish. 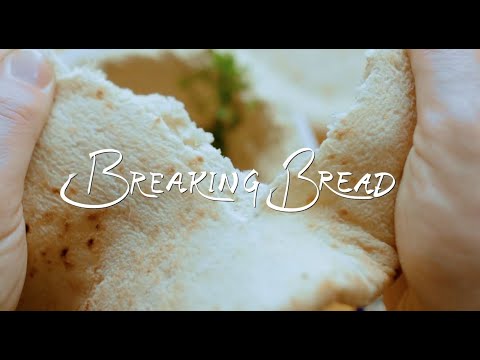 The film goes on to introduce us to other chefs, and ultimately we watch the festival unfold, with crowds of participants enjoying plate after gorgeous plate, often modernized takes on lesser-known Levantine fare.

After the festival, Khattib says, “Shlomi brought respect to the dish, made it better than me, but not better than grandma.”

Atamna-Ismaeel sums up, saying: “I know it sounds funny, you’re going to use food to bring world peace. No I’m not, I’m not saying this is the case. But I’m going to use food to change a few people, and first it’s only me and then maybe other people will do the same, then maybe we will succeed together to do some kind of huge change.”

“Food can bring us together,” Dalal says. “No, I will say food can bring the first step. And from there it depends on what we choose.”

Hawk hopes her film will inspire people to focus on the commonality and not the divide.

“Once you’re bonding over ingredients and recipes and delicious flavors of food, you’re no longer strangers,” she said. “And when you’re not strangers it’s harder to be enemies.”

Arabs and Jews find peace — in the kitchen