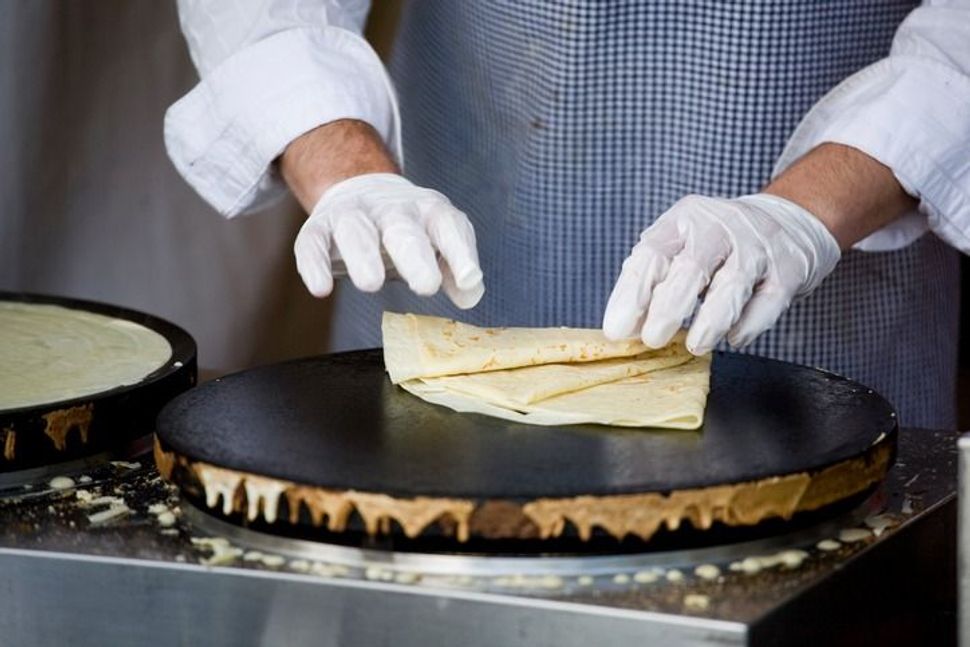 I realized I was not truly “American” when I made the mistake of ordering cheese blintzes in a (good) New York kosher restaurant. I quickly discovered that Americans think cheese blintzes are a dessert, intended to be loaded with sugar.

For someone with a Russian set of taste buds, this was pure sacrilege.

Growing up with a Kiev-born grandmother who would lovingly make batches of cheese blintzes every weekend, I knew the dish as a breakfast sort of food, or an afternoon snack to be served with tea — small pockets of crepes filled with slightly tart farmers cheese, with a dollop of sour cream. Something savory and creamy, no syrupy taste in sight.

This Shavuot, consider cutting down the sugar and making the blintzes the way they were made in the Old Country. Luckily, Yiddish Forverts editor Rukhl Schaechter and Yiddish cooking chef Eve Jochnowitz show us how to make the real deal, authentic Old World cheese blintzes, just in time for the holiday: