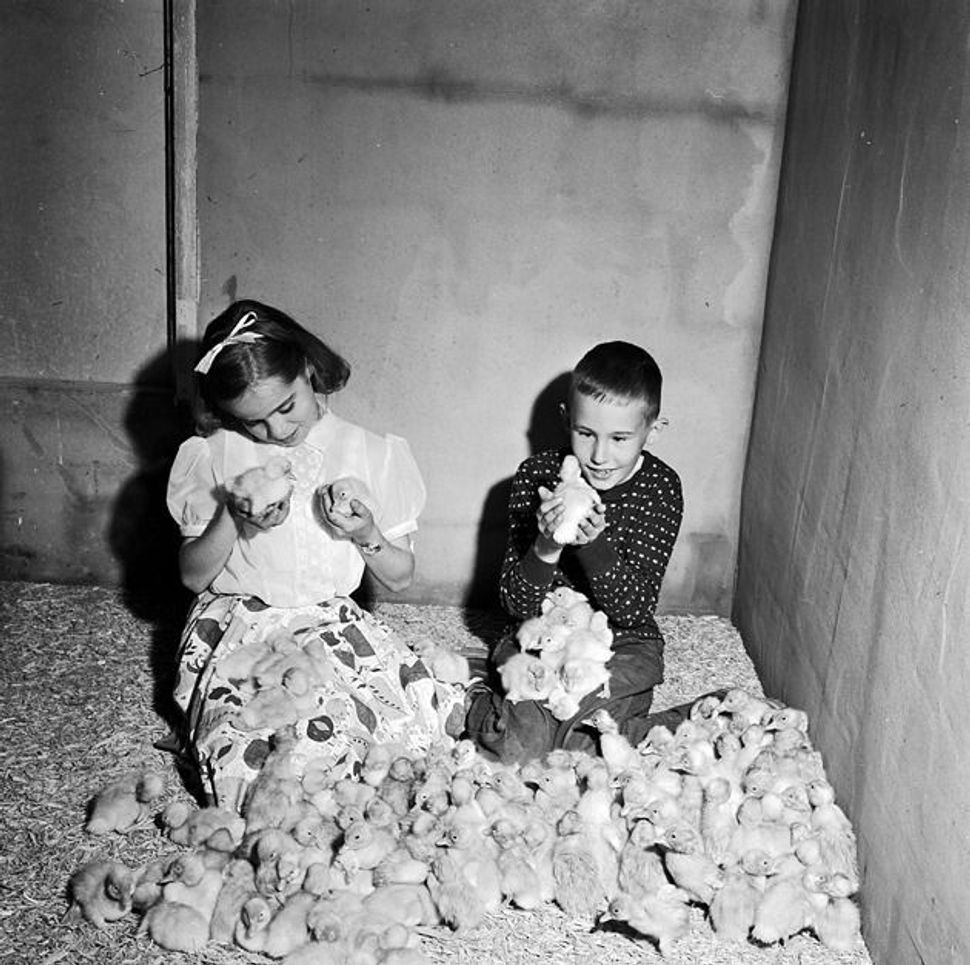 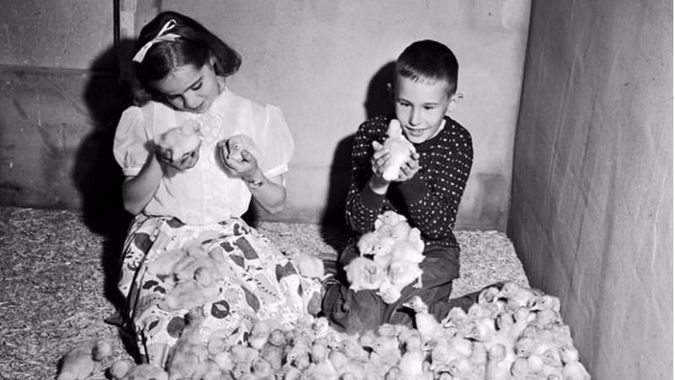 Few people know that Long Island was once a national center of duck farming with hundreds of active poultry farms.

Digging through Purim issues of yesteryear our archivist Chana Pollack recently came upon this amusing ad that ran in The Forward on March 5th, 1925, telling Jewish housewives that if Queen Esther were to throw a Purim party today for her husband, King Achashverosh, she would surely order the “famous Long Island Katshkes,” or ducks in Yiddish. 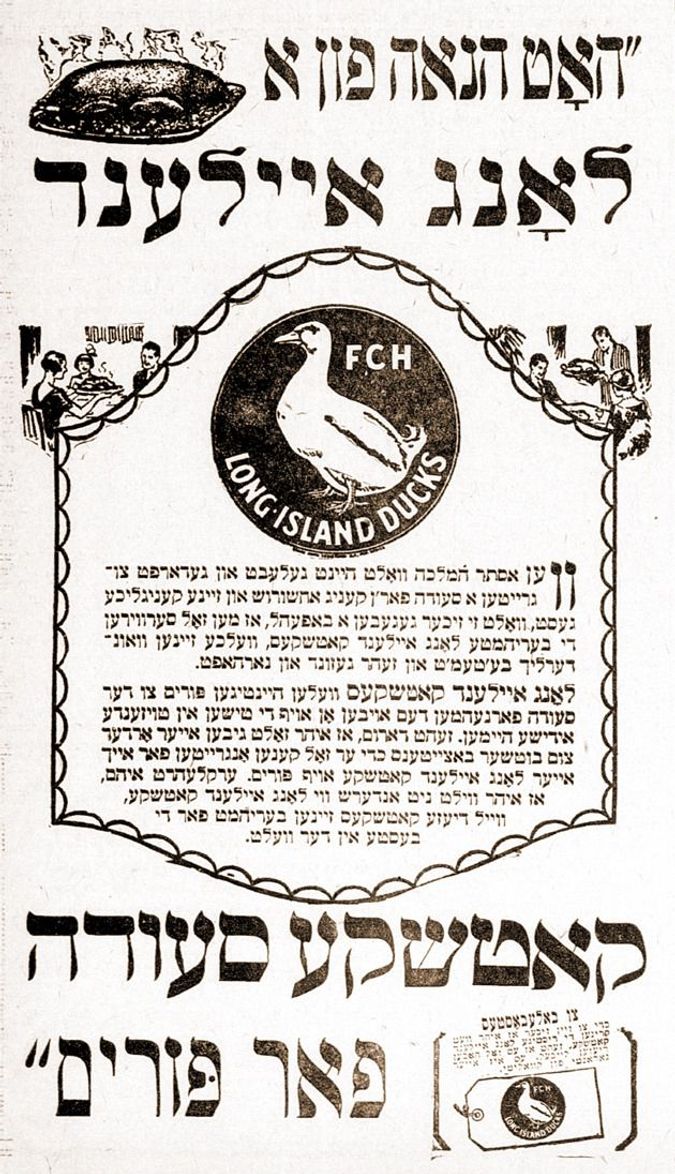 The unusually fatty Long Island ducks differed from most American poultry because they were actually Chinese in origin. Beginning in the 1870s, Chinese “Pekin Ducks” were imported en mass and Long Island became the prime location for raising them. Since then the island has been so widely associated with the breed that they are often referred to simply as “Long Island Ducks.”

In the early 1920s, owners of several dozen farms on Long Island founded a new cooperative firm, FCH Long Island Ducks, to sell them to New York City butchers. The new company launched an ad campaign promoting “authentic Long Island Ducks” as the best in America and advised New York housewives to order them at their local butchers for Christmas, Easter, July 4th and Thanksgiving. According to a contemporary article in Printers’ Ink, then the nation’s premier advertising journal, the campaign was so sucessful that within a few years large numbers of New York City residents began to believe that Long Island ducks were superior to city-bred poultry.

The ad campaign targeted not only the general NYC press but also the city’s ethnic press, in particular the Chinese and Yiddish readerships. In both cases, the ads were created to reflect the culture, holidays and traditions of their immigrant audience.

Hence, instead of a Christmas duck the Yiddish advertising copy extolled the virtues of the supposedly traditional Purim duck.