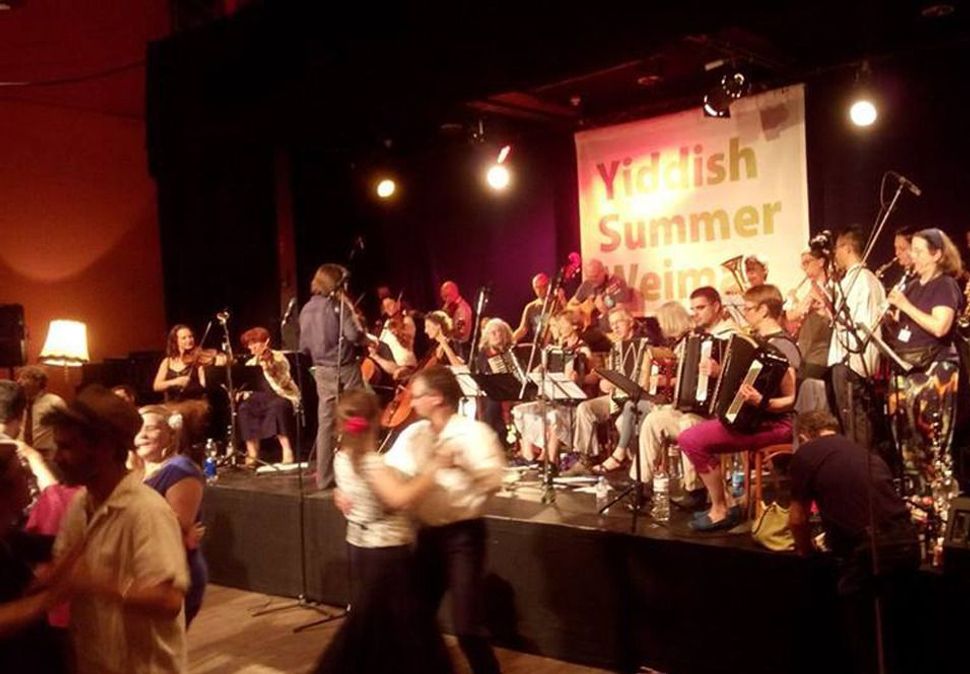 This year the theme of the annual festival, Yiddish Summer Weimar, will be “The Other Israel: Seeing Unseen Diasporas.” Besides its usual programming the five-week celebration of Ashkenazi culture will also include a series of concerts and workshops dedicated to the various cultures of Israel and the interplay among them.

In one interesting synthesis, for instance, the famous Jaffa-based choir Voices of Peace, which includes both Jewish and Arab-Israeli girls, will perform a cycle of Yiddish children’s songs by Kadya Molodowsky together with the Weimar-based Schola Cantorum.

Another intercultural guest will be the newly formed Haifa-based Caravan Orchestra which also includes both Jewish and Arab Israelis. The Caravan Orchestra will work with a variety of European musicians from diverse backgrounds to create a concert program combining European, Arab, and Jewish musical traditions.

Among the other notable programs are a , a workshop with Mendy Cahan on badkhones, several levels of Yiddish classes, workshops on Klezmer music and Yiddish singing and a class with Yuri Vedenyapin on how to tell stories in Yiddish.