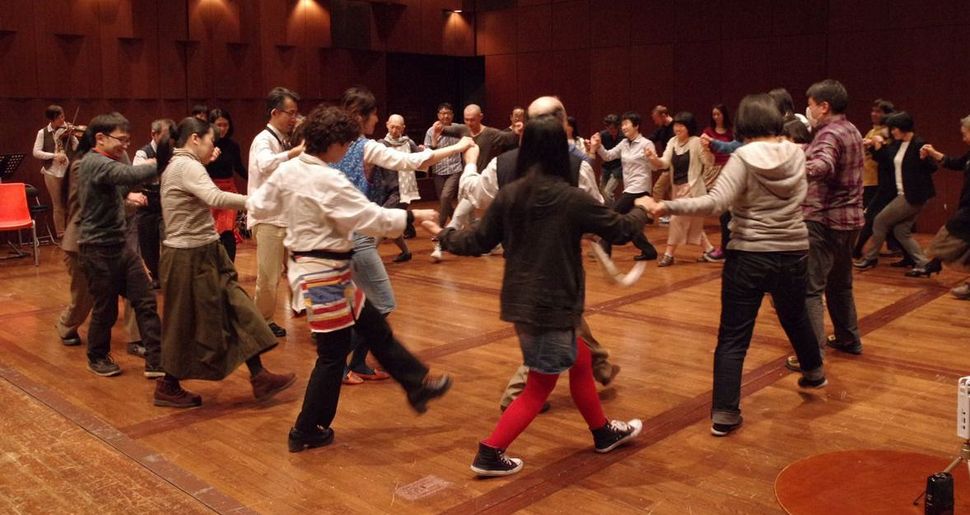 Dr. Walter Zev Feldman, a leading researcher of Turkish and Jewish music and an exquisite dancer, visited Japan this year with his wife Dr. Judit Frigyesi – a writer, artist and professor of musicology at Bar Ilan University. 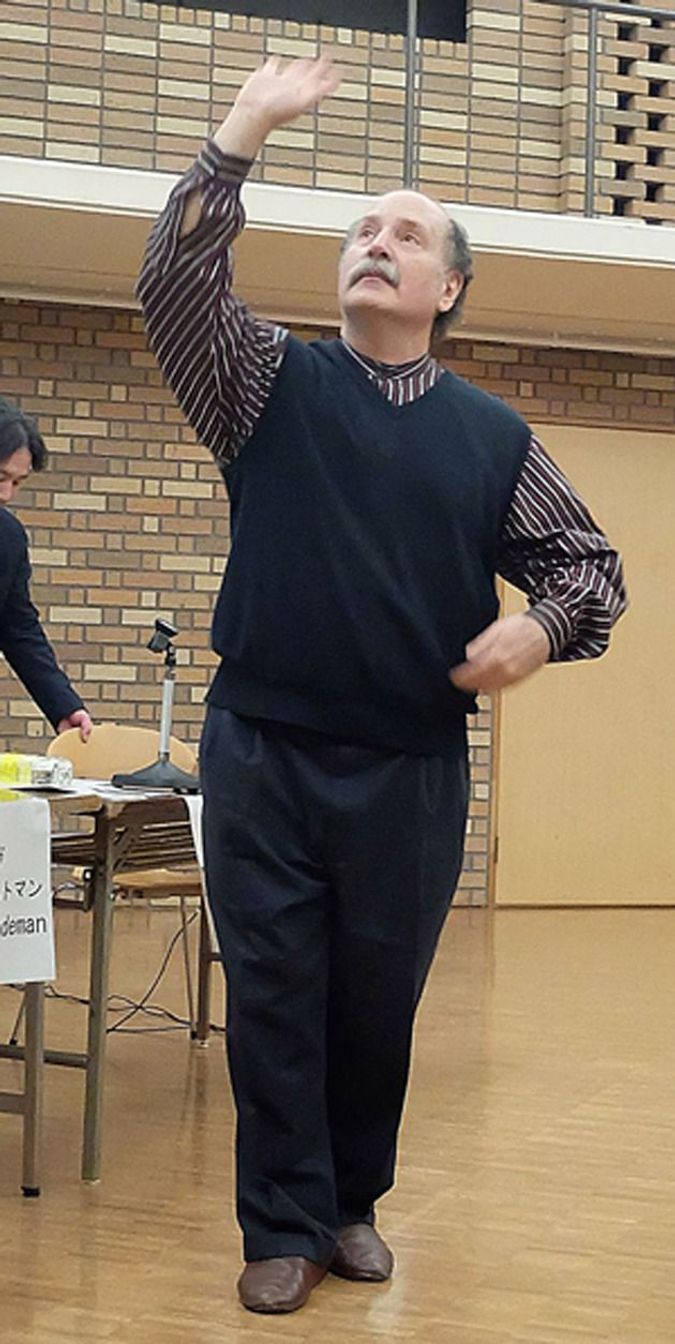 The couple lectured as part of a symposium at Meiji Gakuin University in Tokyo on Jewish music, dance and prayer. The audience of more than 60 people listened with rapt attention to the lectures, which were delivered in English and simultaneously interpreted into Japanese. Much of the material in the lectures was based on the speakers’ books: Dr. Feldman’s “Klezmer: Music, History and Memory,” which was published in 2016 and Dr. Frigyesi’s “Writing on Water,” which was originally published in Hungarian and will soon be released in English.

A question-and-answer session was held afterwards. The Japanese tend to be a shy lot and usually hesitate to pose questions before an audience, but not this time. Most of the attendees were not academics of Jewish Studies but were obviously interested in various aspects of Jewish culture.

There is very little information available in Japanese about the Jews and not a single university here has a Jewish Studies department. Unsurprisingly, most Japanese know very little about Jewish history or culture so the attendees were taking advantage of the opportunity to ask about the Jewish people, Israel and the relationship between the Jews and Japanese.

One man remarked on the many similarities between the two groups. Another said that the traditional Japanese dance bon odori, usually performed during the Obon Summer Festival, is very similar to a Jewish dance. Legend has it that during the festival the living recall their deceased relatives because the spirits of the dead return during the festival in order to dance the bon odori with their neighbors. The man made the connection because Dr. Feldman’s hands moved up and down similar to the gestures in the bon odori dance. Dr. Feldman was intrigued by the remark. He noted that gesturing is a prominent feature of Jewish dancing.

A second man postulated: “The body moves back and forth in Jewish dances because Jews are always thinking about the relationship between heaven and earth. It’s a particularly Jewish conception. The image of God and heaven is different for Jews.”

Dr. Frigyesi’s lecture on prayer encouraged the attendees to think about religious issues that don’t often come up in Japanese discourse. A direct relationship to a single God, for instance, is still novel in Japan because polytheism is much more widespread than monotheism.

Dr. Feldman also led a dance workshop at a theater in Tokyo. More than 50 people came to watch Jewish dances and hear Klezmer music. Because Dr. Feldman was delayed due to an extended lecture at Tokyo University of the Arts, the workshop’s organizer, Chitoshi Hinoue prepped the audience by having the Japanese Klezmer musician Misako Matsumoto teach them dance steps. The group of strangers soon bonded as they followed the intricate dances. 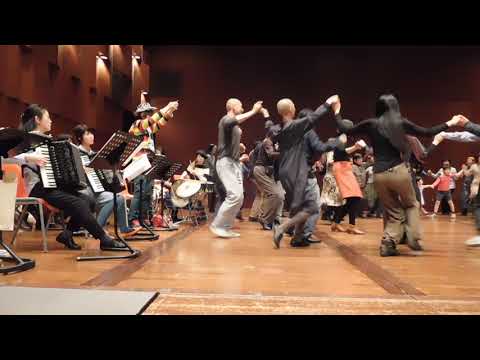 When Dr. Feldman arrived and began demonstrating one of the dances, the participants initially hesitated to join him. But he motioned towards them with his body and eyes and soon was teaching them the characteristic up and down movements of Jewish dance. Silently, Dr. Feldman encouraged most of the participants to join him. Afterwards, the attendees – the klezmer musicians, dancers, program organizers, singers, researchers and laymen – gathered around Dr. Feldman to chat.

“It was a dream that lasted three days,” said Chitoshi Hinoue, a leading klezmer clarinetist and one of the organizers of Dr. Feldman’s three-day tour of Japan. “The session was meant as a reception for Dr. Feldman but by the end everyone was dancing together. I saw people discovering the similarities between Jewish and Japanese culture through the richness and complexity of Jewish dance.”

“After two hours it was like I was drunk,” said Fumihiro Tamaoki, a longtime klezmer musician who accompanied the dancing. “Something divine happened to me. I became an instrument for carrying melodies.”

Moriz Kimiko was also happy to have learned about the dance session. Married to a Jewish American, she discovered Yiddish while studying Judaism at her husband’s synagogue in San Francisco. One day she she overheard several elderly Jews speaking Yiddish, found herself enchanted by it and decided to study Yiddish literature and theater. Her daughter even danced in a production of “Fiddler on the Roof”, she said proudly.

“Dr. Feldman is truly a star for me,” she said.

Another attendee, Kyohei Nishikawa, has studied Marc Chagall’s work, klezmer music and Jewish culture in general. A publisher by profession, he frequently attended Chitoshi Hinoue’s concerts and took his girlfriend to one of them. She liked the music so much that the couple decided to ask him to play at their wedding.

Professor Feldman’s tour seems to have made a lasting impression on his audience. After the workshop, Kyohei Nishikawa even asked me to write an article about Yiddish and I was invited to give several lectures on the topic.

It’s clear that Dr. Feldman has given his Japanese attendees a good opportunity to gain insight into the world of Jewish culture.